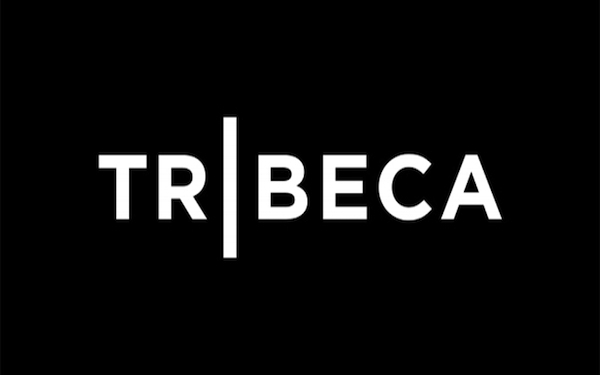 The street artist, after all, was at the center of “Exit Through the Gift Shop,” the subversive documentary about identity and showmanship that became a phenomenon in 2010.

Or maybe it was 2012’s “Marina Abramovic: The Artist Is Present,” a well-regarded look at the enigmatic downtown figure.

Whatever opened the gates, documentaries about the art world and its colorful personalities have trickled out with increased frequency in recent years.

When the Tribeca Film Festival kicks off — with “The First Monday in May,” about a Metropolitan Museum of Art costume exhibition — that brook will become a gusher.

Art-centric films are being made often these days, and the New York-based Tribeca, which is known for its documentaries, will put many of them on display. Among the festival’s world premieres are movies about the late Angeleno provocateur Chris Burden; the Italian satirist Maurizio Cattelan; and a color-guard competition hosted by David Byrne.

There’s even a view of a Banksy antagonist — a free-speaking Brit who goes by the name AK-47 and founded a so-called “art-terror” organization called Art Kieda.

After years of approaching the art world tentatively, cinema these days is finally more inclined to a full-fledged embrace. But the trend also raises questions about the best way film can examine this rarefied world and whether one medium is ideally built to understand the other.

Tribeca organizers say they had no grand plan to make this the festival of the artist. It’s just that, having run through social issues, rock stars, legal procedurals, politicians and sports stories (all have enjoyed modern boomlets), documentarians may be hungry for a new audience-friendly subject.

“The public is always curious to look behind curtains, and art documentaries really allow that,” said Genna Terranova, festival director of Tribeca. “Plus, artists have rich stories. I mean, name one who’s had a really boring life.”

Counting Robert De Niro (himself an artist’s son) as one of its founders, Tribeca marks its 15th edition this year with some high-profile showings. There are narrative world premieres (the Demetri Martin-directed “Dean” and the Paul Rudd-voiced adult animation piece “Nerdland”); a host of interactive projects (the solitary-confinement experience “6x9” and nuclear armament installation “the bomb”); and a slew of critiques of the criminal justice system (LGBT-rights tale “Southwest of Salem,” police-militarization look “Do Not Resist”).

But it’s art stories — many of the outsider and experimental sort — that will take center stage.

Few are more colorful than “The Banksy Job.” Ian Roderick Gray and Dylan Harvey’s film centers on AK-47, the nom de guerre of Andy Link. Link is best known for walking off — trucking off, more accurately — with the Banksy sculpture “The Drinker” and then, through the savvy working of a British legal loophole, coming to own the piece outright.

If AK-47 doesn’t engage in acts of pure art, his behavior raises questions about what the term means — and whether guerrilla actions against artists can in fact qualify as art.

“It’s art if you say it’s art. Then it becomes a discussion, and that makes it a piece of art,” Link said by phone from Britain on Monday. “It’s a lifestyle. It’s not a … profession. I think therefore I am.”

He added, “What I’m doing — unlike Banksy — is keeping it real. Art is doing things because you want to prove a point, not make millions of pounds for people. … Banksy,” he added, using an expletive.

Said Harvey: “Andy is the last of the last genuine English blue-collar eccentrics.” Noted Gray, “It’s hard to believe Andy’s a real guy. He’s just on a different planet than many of us.”

Posing similar re-evaluative questions about art is Richard Dewey and Timothy Marrinan’s “Burden,” in which the former UCLA professor — Chris Burden died a year ago at 69 — is seen in a recent interview and archival footage breaking down his sly provocations.

Burden helped inaugurate a new kind of performance art, most famously, shooting himself in the arm and then sitting for an interview with Regis Philbin to discuss it. As he says in a clip, “I figured out that the act of doing something itself could be art. I didn’t have to make an object.” In part this was an attempt to involve the viewer, but it also served as a response to the commercialization of the traditional commodity-based art world; if his art depended on action, no one could buy or sell it.

Similar concerns run under Maura Axelrod’s “Maurizio Cattelan: Be Right Back,” in which the subject treats art as a kind of spectacle. One early stunt was to open an empty gallery and permanently affix a “Be right back” sign to the door to stoke interest. In a touch Link would appreciate, Cattelan later stole — er, aesthetically reappropriated — art from a nearby gallery and put it on display. (The police made him return it.)

Such conceptual efforts, of course, do not sit well with the establishment, and many of these films are intent on mining this friction. As the late art critic Brian Sewell notes in the Cattelan movie, just coming up with an idea “doesn’t make it art. It only makes it a thing people go see.”

Taking a look at the more formal corner of the art world is Andrew Rossi’s “First Monday,” which after Wednesday’s premiere opens in theaters Friday. The movie examines the twin events of the annual Met costume gala and a China exhibit by the prominent curator Andrew Bolton.

One strand follows Vogue editor Anna Wintour and her team as they plan the so-called fashion Super Bowl. The other looks at Bolton as he goes about putting together the China exhibit — among the most popular in the Met’s history — with all the cultural and logistical cross-pollination that entails.

But even this film, in its way, questions traditional definitions of art, thanks to its chosen subject.

“I wasn’t that interested in making a film about party planning or the mechanics of an event,” said Rossi, who previously directed the New York Times newsroom exploration “Page One.” “Visually I was just really excited to be inside of a museum. And with fashion, I really wanted to capture an art form that’s able to commune with people in a more absorbing way than social media and pop culture has rendered it.”

That attempt to defy pop-cultural expectation also applies to “Contemporary Color,” a movie from the Americana-minded chroniclers Turner and Bill Ross (“Western,” “Tchoupitoulas”).

Typically the province of the high school outcast, the color guard here is established as a kind of large-scale art installation. Teams from around the country put together elaborate routines and are paired with well-known indie bands such as Lucius and St. Vincent at Brooklyn’s Barclays Center. Backstage, a smiling Byrne is seen running around like a giddy kid at Christmas.

“We didn’t want to get into a situation where we’re making a concert film or the stock narrative of kids going toward an event,” said Turner Ross. “We’re interested in a real-time experience, more like ‘The Muppet Show,’ or a wrestling event.”

Added Bill Ross: “It needed to have moving parts. This is a different kind of art.”

Of course, capturing dynamic art — whether it relies on swirling costumes or a deliberate gunshot — for a two-dimensional screen means something can get lost in translation.

And sometimes the talk of provocation can seem unpersuasive through cinema’s rearview lens; in watching the acts of Burden, Banksy and others on-screen, one can sometimes miss the sense of urgency felt by those who lived them.

The Met’s Bolton said in an interview that he was concerned about whether it would be interesting to watch a curator go about his work. Ultimately, though, he concluded — in a thought AK-47 would appreciate — that meaning on such matters was subjective.

“I wondered if people would find it fascinating to watch me place a mannequin for half an hour,” Bolton said. “But I realized that there is a romance putting our exhibitions together, and that if people can see that, they might enjoy it.”