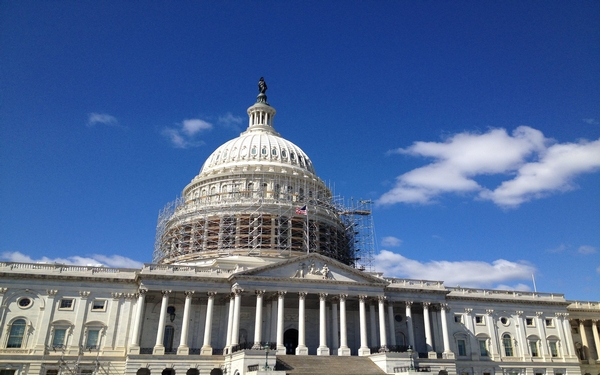 At least 30 universities, including the eight Ivy League schools, didn’t disclose how much they paid in performance fees to external managers like hedge funds in response to questions from lawmakers about how they manage and spend their endowments. Some schools were forthcoming in divulging lower-cost management fees, with Harvard University saying it paid 1 to 2 percent of assets on average.

As many endowments struggle with returns, which support everything from professors’ salaries to student aid, fees paid to outside asset managers have come under scrutiny. Since fees have a “very material impact” on returns, Stanford University told lawmakers, the school’s internal investment management company routinely rejects external managers whose prospective gains don’t justify their charges. Performance fees are the percentage paid on investment gains in asset classes like private equity.

“Endowments may not have included performance fees because, without the proper context about the returns they generate, it could create all sorts of perception problems,” said David Fann, chief executive officer of TorreyCove Capital Partners, which advises global investors including pension funds on alternative assets. “The fee numbers can be so big, especially for the very successful funds, when you include the performance aspects.”

The Senate Finance and House Ways and Means committees are examining how the largest U.S. private-school endowments support their schools and students in light of their tax exemption on investment earnings. The lawmakers sent questions to 56 schools and 46 of them provided their responses to Bloomberg.

One of the 13 sets of questions asks schools “how much” they spent to manage their endowment, including outside asset managers and advisers. “Please provide details on the amounts paid, to whom, and the fee arrangement,” the inquiry says.

Schools said confidentiality agreements with managers, difficulty in calculating performance fees accurately and competitive considerations prevented them from providing details about the charges. Wellesley College called them “a form of profit sharing” and therefore didn’t include them in its response.

“There is not a standard process among our peers for tracking these fees,” Cass Cliatt, a spokeswoman at Brown University, said in an e-mail. “So of course we would caution against comparisons.”

Orrin Hatch, the Utah Republican who heads the Senate Finance Committee, may put pressure on schools to divulge more details.

“Chairman Hatch is reviewing the responses and will be reaching out, if necessary, to clarify any ambiguous replies,” said Aaron Fobes, a spokesman for Hatch.

Brown and at least two others provided no estimates on fees paid to outside managers. In its response, Brown said such fees are typically embedded in the net asset values of the investments.

The school like many others did disclose internal costs, such as staffing and overhead, to run their endowments. For Brown’s $3.1 billion fund, the cost was 0.28 percent of assets for fiscal 2015. Its endowment returned 5.7 percent in the year ended June 30.

Princeton University and Harvard joined several universities in giving an estimate for management fees paid to outside investors but not performance charges. Yale University, the No. 2 endowment with $25.6 billion in assets, said it paid 1.2 percent of its fund’s average market value in external fees in fiscal 2015. The endowment returned 11.5 percent in the year ended June 30.

University of Pennsylvania reported a range of 0.06 to 2.25 percent in management fees to 320 partnerships for different asset classes.

Harvard told lawmakers it recently studied the cost difference between its system of managing some money in-house compared with giving its entire $37.6 billion endowment to outsiders. The study found that the hybrid model saved money for Harvard: internal management costs below 0.75 percent of assets versus 1 to 2 percent paid to outsiders on average.

Spokespeople for Harvard and Yale declined to comment beyond what they reported to Congress.

Stanford, which runs a $22.2 billion fund, was one of at least eight schools to give a percentage range it paid in performance fees, without revealing the actual cost. The school said its private equity partners typically charge an annual fee of 1 to 2 percent of assets, and an incentive fee equal to 20 percent of net profits above a return hurdle.

“The majority of our external managers fall in between those two endpoints,” said Stanford, whose endowment returned 7 percent in fiscal 2015.

The university told Congress that paying higher fees is necessary to get access to skilled managers in a competitive market. “Though this situation means that the university is primarily a ‘price-taker’ in terms of the fees it pays,” the school said, it “routinely negotiates favorable terms.”

Grinnell College in Iowa said its performance fees can range from 10 percent to 30 percent of net profit.

Texas Christian University and Trinity University were the only ones to give details on performance fees.

Trinity, which manages $742.5 million, also distinguished itself as one of two schools to reveal the names of the funds in which it invests. They include private-equity fund Energy Spectrum VII and venture capital fund Woodside Fund IV. Trinity said it paid $2.6 million in management fees for fiscal 2015. The San Antonio, Texas-based school hasn’t paid performance bonuses since its private equity investments are new, said Sharon Jones Schweitzer, a school spokeswoman.

TCU’s $1.5 billion endowment paid about $13.6 million in management costs and $3.6 million in performance fees to asset managers for the year ended May 2015, when the endowment returned 9.6 percent, according to its response. The school disclosed all fees to give an accurate picture of endowment costs, said James Hille, chief investment officer at TCU.

“If you’re paying performance fees, and even high performance fees, that’s ultimately a good thing because you are generating high rates of return,” Hille said. “We made the assumption that they would be coming back and asking for that later if we didn’t provide it.”