The not-so-humble handbag: From stars to royals to everywoman, it’s right there with us 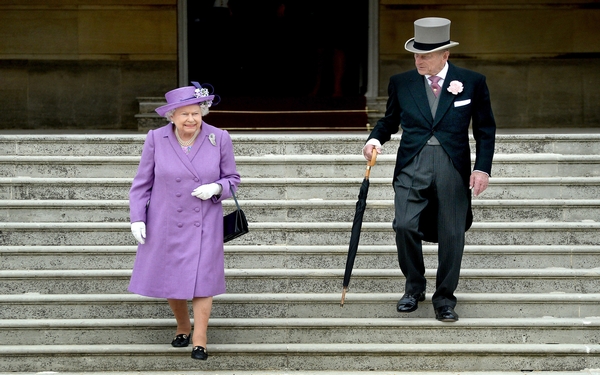 They come with us, wherever we go, dangling from our shoulders or slung across our chests. They contain a random miscellany of objects that we deem necessary for daily function, or that we simply want to have with us. They are leather, canvas, nylon; small, medium, way-too-big; pouchy, boxy, compact, cavernous. They are our purses — and they are, in a sense, ourselves. Herewith, an assortment of miscellaneous facts, figures and fancies about purses, to mirror the hodgepodge currently residing in my own.

PICK A POCKET OR TWO

The earliest purses were actually pockets — constructed separately from garments, and tied on underneath one’s petticoat, accessed through slits in the side seams. These were common from the 17th to the late 19th centuries. Reticules — very small, decorative handbags meant to be draped over one’s arm — became popular from the 1790s on, but many women continued to wear pockets, as the reticule could hold very little.

Another very early form of the purse: the chatelaine, a decorative hook or brooch attached to the waist of a dress, from which chains dangle with small objects attached. These were popular in the 19th century, but if you look closely at Mrs. Hughes in “Downton Abbey,” you’ll see she’s wearing one (very handy for the various keys a housekeeper needs to have available).

Minaudières — small and often elaborate clutch bags designed to be carried in the evening — became popular in the 1920s and ’30s. (Straps interfered with the lines of an elaborate evening gown.) The jeweler Van Cleef & Arpels coined the term (supposedly minaudière means “a coquettish air”), and manufactured their own jeweled clutch in 1930 — inspired by socialite Florence Gould, who on evenings out carried her essentials in a Lucky Strikes cigarette tin.

DID SHE REMEMBER A TOOTHBRUSH?

The handbag carried by Grace Kelly in the classic 1954 Hitchcock film “Rear Window” (the one that holds her negligee and slippers, which she coyly opens to show James Stewart with the words “Preview of coming attractions”) was made especially for her by Gerard Murphy, then-president of the famed Mark Cross leather-goods company. To this day, you can order one just like it from Mark Cross (at $3,995), or choose one of a number of Grace Box bags inspired by it.

A TOUCH OF GRACE

Kelly is also associated with another classic bag: a large, boxy purse from Hermès, popularly known as the Kelly bag after the actress was frequently pictured carrying it after her marriage to Prince Rainier of Monaco. (It came in handy, photos show, for discreetly concealing her pregnancy.) It was officially christened “the Kelly bag” in 1977, and is still manufactured.

Another significant bag that’s been around a long time: the Chanel 2.55, so named because Coco Chanel first released the design — a quilted, rectangular foldover bag, with chain straps — in February 1955. It’s been in production ever since. Depending on which purse-history source you consult (there are many!), the chains were inspired either by the nuns in the convent where Chanel was raised (they carried keys dangling from similar chains at the waist of their habits), or by the flat chains Chanel’s seamstresses would sew into the hems of their trademark suit jackets, to make the garment hang properly.

A BAG WORTH WAITING FOR?

At its peak of popularity, the Birkin Bag (created by Hermès in the 1980s for the actress Jane Birkin) had a waiting list stretching several years; inspiring a cottage industry of books and articles on “how to buy a Birkin.” (Short answer: Have a lot of money.) Cate Blanchett’s character in “Blue Jasmine” carried one, clutching it like a lifeline. Costume designer Suzy Benzinger said that the bag, which was lent for the movie, would have cost more than her entire costume budget ($35,000).

HANDBAGS ‘ROUND THE WORLD

Among the world’s largest museums devoted entirely to handbags: the Simone Handbag Museum in Seoul, South Korea; the Museum of Bags and Purses in Amsterdam (founded by a husband-and-wife team whose handbag collection outgrew their house); and the Esse Purse Museum in Little Rock, Ark., which posts a Purse of the Day on Instagram.

FIT FOR A QUEEN

Queen Elizabeth II not only carries her sturdy leather handbag everywhere, but she also uses it as a communications device: Reportedly, if Her Majesty shifts her bag from one arm to the other while talking to you, it’s a signal to her staff that she’d like to end the conversation; likewise, if she puts her bag on the floor at a banquet, it means she’s ready to leave.

IS THERE ROOM FOR A WAND?

Some bags can be magic — Mary Poppins’ carpetbag, for example, or Hermione Granger’s beaded purple handbag in “Harry Potter and the Deathly Hallows,” which was infinitely expandable due to the Undetectable Extension Charm she placed on it. My own bag frequently seems subject to an iPhonius Disappearius Charm, in that it sometimes seems to swallow my phone whole, just for its own amusement.

According to the Oxford English Dictionary, the verb “to handbag” was coined by Julian Critchley, Conservative MP, with reference to Margaret Thatcher’s ministerial style in cabinet meetings. It means to “verbally attack or crush (a person or idea) ruthlessly and forcefully,” as in “I saw her last week and got handbagged for 15 minutes.”

WHAT’S IN THE BAG?

A 2012 Daily Mail survey of more than 2,000 women in the U.K. found, along with the usual items (money, keys, phone, cosmetics), some unexpected things in handbags: 10?percent of those surveyed carried chocolate, 8?percent an emergency toilet paper roll, and 4?percent a pair of “spare knickers,” just in case.

A smaller-scale survey, conducted by myself while avoiding deadlines, asked two dozen busy women a few quick questions, via email, about their handbags. About 70 percent responded, with many taking the time to write lengthy, impassioned paragraphs explaining exactly how they felt about their current purse situation. (One even sent me photos of her handbag inventory — which was, to be fair, just two.) Among the random objects my friends and colleagues are carrying around: fresh-sliced deli turkey, a CD of Ravel overtures, a child-sized deck of playing cards, a mysterious paint chip with a lipstick smudge on it. Nobody copped to schlepping spare knickers.

From this survey, I concluded that many of us are eager to talk about our purses, to whomever will ask — because we love them, and because they become part of us. Let me tell you about my current bag, which is green and gorgeous and was actually terribly expensive but cost me next to nothing due to a great sale and some Christmas gift cards … wait, where did everyone go?

Special Features
How to stay gorgeous at every decade
5,587 views

Special Features
From a transgender designer, clothing that fits you
3,190 views

Special Features
How to style your hair like Harley Quinn or an emoji
2,508 views

Special Features
How to care for your hair: tips and products from the experts
4,185 views