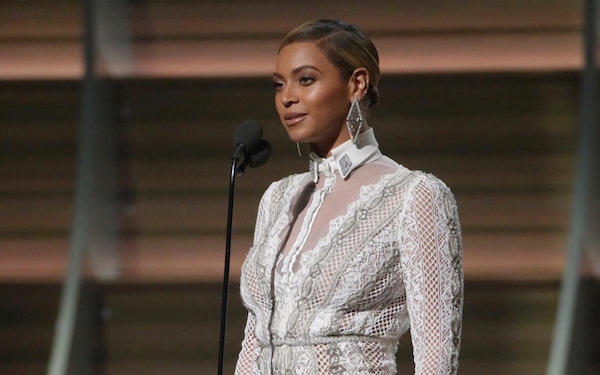 Leave it to Beyonce to surprise us even when we suspected she was coming.

Two and a half years ago, no one outside the singer’s trusted circle knew what she had in store with “Beyonce,” the sprawling self-titled album that appeared without warning one night on iTunes and instantly turned the music world upside down. The stunt worked so well that other top artists, including D’Angelo and Rihanna, went on to emulate it.

Yet Beyonce was less secretive about her follow-up, “Lemonade,” which came out Saturday after the premiere on HBO of an hourlong film with the same title. In February, before she performed as part of the Super Bowl halftime show, the singer released a new single, “Formation.”

Then, this month, she teased the HBO special online, leading many of her ultra-devoted fans to predict correctly that a new album was on the way.

The apparent object of her campaign? Her husband, Jay Z, who’s excoriated in song after song for cheating on Beyonce with another woman. One throughline of the singer’s self-titled album was her eager determination to preserve a sense of sexual adventure in her marriage; “Drunk in Love,” a hit duet with Jay Z, had the couple celebrating their “beautiful bodies grinding up in that club.”

Yet the first words she sings on “Lemonade,” in the spacey “Pray You Catch Me,” form a pointed accusation: “You can taste the dishonesty/ It’s all over your breath as you pass it off so cavalier.” In “Sorry,” over a bleepy electro-pop track, she admits, “Today I regret the night I put that ring on.”

She’s even more direct — and more righteously threatening — in “Don’t Hurt Yourself,” which rides a slashing garage-funk groove shaped in part by Jack White: If you try this mess again, she warns her husband in harsher language, “you gon’ lose your wife.” (Other collaborators on this typically wide-ranging album include the Weeknd, Diplo, James Blake, Boots, Mike Dean, Father John Misty and Ezra Koenig of Vampire Weekend.)

Beyonce has done a-woman-scorned before, of course, as in her 2006 song “Ring the Alarm,” in which she says, “I’ll be damned if I see another chick on your arm.” Even the lusty “Beyonce” had “Jealous.” But it’s startling to hear the fresh intensity of her anger here, especially given how little she says in public about her private life.

Anyone who’s been waiting for Beyonce to explain the infamous elevator incident of 2014, in which her sister Solange was caught on tape hurling blows at Jay Z while Beyonce looked on calmly, might find satisfaction on “Lemonade.”

Except that the album eventually moves beyond recriminations to embrace the hope of a second chance. “I know I promised that I couldn’t stay, baby,” she sings in “Sandcastles,” a stately piano ballad, “But every promise don’t work out that way.” Later, the lush, buoyant “All Night” insists that “nothing real can be threatened.”

What began as a breakup record ends as a makeup one.

The highly personal “Lemonade” upends expectations in another way, which is the turn it seems to take from “Formation,” a statement of radical black positivity that suggested Beyonce was readying an explicitly political album. The stomping “Freedom,” featuring a verse from Kendrick Lamar, carries on in the single’s spirit, with words about breaking chains and a field recording of a prisoner’s tune.

But if these love songs illuminate an interior world on the album, their accompanying visuals demonstrate how one woman’s experience reflects larger systems and traditions. (As with “Beyonce,” the singer calls “Lemonade” a “visual album,” which tells you plenty about her creative intent.)

Peppered with bits of poetry by the young Somali-British writer Warsan Shire, the short film sets Beyonce’s songs against a succession of powerful images: the singer strolling down a city street, bashing car windows with a baseball bat; black families gathered inside Southern plantation homes; the mothers of Trayvon Martin and Michael Brown, both holding framed photographs of their dead sons.

In the middle of “Don’t Hurt Yourself” — which has Beyonce prowling around a grimy parking garage, happily fulfilling her role as “the baddest woman in the game,” as she refers to herself — the music stops and suddenly we’re presented with the voice of Malcolm X and the sight of several ordinary-looking women staring directly into the camera.