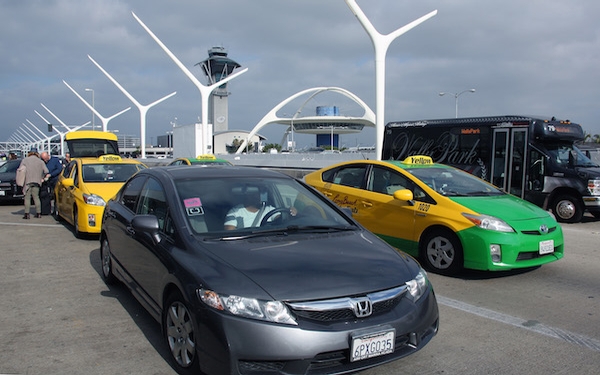 After a morning spent driving for Uber in his neighborhood last October, James Welton returned from lunch to find he couldn’t get back into the ride service app. Without warning, he’d been deactivated.

“I wasn’t expecting it,” said Welton, 44, who had been driving for Uber full-time for a month.

Uber was Welton’s only source of income. How was he going to make rent? Pay the bills? Pay the loan on his car?

When he contacted Uber, the company told him his driver rating had fallen too low. His only reprieve was to take a $60 driver training class, and even then there was no guarantee he would be allowed back on the platform.

Last month, as part of a $100 million class-action lawsuit settlement with drivers who sought to be classified as employees rather than contractors, Uber agreed to be more transparent in its discipline. The policy changes include alerting drivers if their rating falls, no longer terminating drivers without warning, and instituting appeal panels that consist of highly rated drivers. The San Francisco startup, which is valued at $62.5 billion, also agreed to pay for an arbitrator to hear appeals not settled by the panels.

The move could prove useful to drivers like Welton who have been deactivated, and, according to plaintiff attorney Shannon Liss-Riordan, will make a “significant difference to drivers’ livelihood and pay.”

“I’ve been in touch with Uber drivers every day for the last three years, so I’m very aware of what their concerns are,” she said. “That’s why I’m proud of these non-monetary changes, in particular the parts regarding tips and termination.”

If a judge approves the settlement, Uber drivers in California and Massachusetts could receive payments of $8,000 or more from the settlement, based on miles driven. In another concession, they will for the first time be able to solicit tips.

But the settlement does not change their employment status as independent contractors — meaning they will not receive any protections commonly reserved for employees, such as health insurance, expense reimbursement or overtime wages.

This has spared Uber and other companies in the on-demand economy the financial burden of offering benefits to their growing ad hoc workforces. But it has also left labor lawyers and on-demand workers wondering what this means for the future of workers’ rights in the burgeoning gig economy.

“Uber calls us partners, but we don’t have any influence at all on policy, and I’d like to see that change,” said Michael Goodman, 59, Los Angeles, who has been driving for Uber since December 2014.

He wishes, for example, that Uber would listen to drivers when they say fares are too low.

As part of the settlement, the company is helping drivers form an association that will meet with Uber management to air grievances. The association is not the same as a union, but Liss-Riordan said it is hoped to be an avenue through which drivers’ voices are heard. Drivers will elect leaders who will meet quarterly with Uber management for “good faith” discussions.

It remains to be seen how effective the association will be in lobbying the interests of drivers. A bill introduced to the California legislature that would have given gig workers the right to organize was nixed after receiving strong pushback. Assemblywoman Lorena Gonzalez, a San Diego Democrat, who introduced the bill, plans to bring it back next session.

From a legal perspective, Richard Reibstein, an attorney who heads up the independent contractor practice at law firm Pepper Hamilton, said the settlement is a huge victory for Uber because the company gets to keep the business model — the same model that made it one of the most valuable private companies in the world. He believes that most of the changes are cosmetic, and that the policies that affect drivers day-to-day — such as how fares are determined and how drivers should conduct themselves — still fall under Uber’s control.

“It’s still very much ‘Play by my rules if you want to be an Uber driver,’” Reibstein said. “This is very valuable to Uber, and well worth the $84 (million) to $100 million they’re paying.”

Since the settlement doesn’t actually decide the case, the proper classification of Uber drivers as independent contractors or employees remains up in the air. This leaves a lot of questions, according to Todd B. Scherwin, a partner at law firm Fisher & Phillips, and a lot of room for more lawsuits.

“Most other companies in the gig economy were hoping Uber would fight this thing all the way, win it, and give everyone peace of mind,” Scherwin said. “So this leaves a lot of unsettled questions. Someone eventually is going to have to fight it and get a court ruling on it.”

At the very least, the changes Uber implemented represent a new floor for worker protections in the gig economy, according to Steve Hirschfeld of law firm Hirschfeld & Kraeme, who advises on-demand startups in the Bay Area. In consulting with companies, he says many firms are already looking for ways to improve their relationship with workers in order to avoid costly litigation.

Uber might have the coffers to settle lawsuits. The smaller “Uber for food” or “Uber for laundry” startups do not.

For Welton, Uber’s changes come a bit too late. After he was deactivated last year, with no way to appeal the decision, he went looking another job.

He now drives for on-demand delivery company DoorDash. Like Uber, it also classifies its drivers as independent contractors. And it’s also being sued.