The City of Conversation at The Wallis thru June 4th - Special discount offer! USE CODE: PLAY 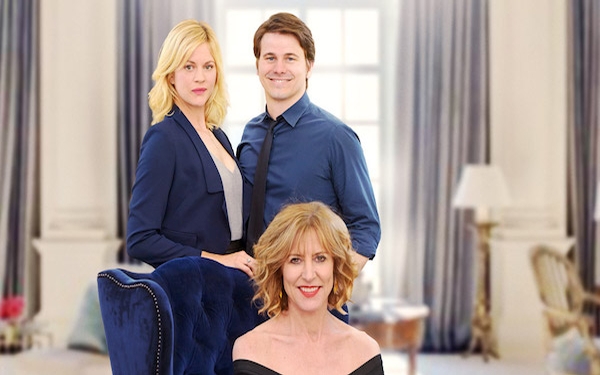 SPECIAL DISCOUNT OFFER - Get 50% off tickets to  see "The City of Conversation" by using CODE: PLAY.  Purchase tickets at http://bit.ly/1XUJfoA

The divisive world of Washington D.C. politics moves to center stage of the Bram Goldsmith Theater at the Wallis Annenberg Center for the Performing Arts when Anthony Giardina’s searing political comic drama The City of Conversation which runs through June 4th. Starring Christine Lahti, Jason Ritter and Georgia King in a new production directed by Michael Wilson, The City of Conversation is an inside-the-Beltway play about politics in family—and families in politics—as it delves into the ever-changing tapestry of U.S. Government and the people who shape it off the senate floor.

“Presenting the West Coast Premiere of The City of Conversation is both exciting for The Wallis and quite timely,” said Paul Crewes, The Wallis’ new Artistic Director. “Tony’s play brilliantly expresses both sides of political discourse in a way that reflects the current heated presidential election cycle. Michael Wilson’s vision coupled with his incredible cast will elevate this political drama to a new level surely to resonate with our audiences and throughout our community."

When the play opened at Arena Stage in Washington D.C. earlier this year, The Washington Post said “'The City of Conversation' achieves something that eludes many other plays about Washington: a savvy depiction of social skill as political art, in a city that’s defined by political science...Giardina’s handiwork presents to the world one of the most fair-minded, even compassionate views of the partisan struggles of the city’s political classes you’re likely to encounter these days.”

About The City of Conversation

In 1979, Washington D.C. was a place where people actually talked to each other—where adversaries fought it out on the Senate floor and smoothed it out over drinks and hors d'oeuvres. But it was all about to change.

In The City of Conversation, spanning 30 years and six presidential administrations, Hester Ferris throws high-powered Georgetown dinner parties that can change the course of Washington’s politics. But, when her beloved son suddenly turns up with an ambitious Reaganite girlfriend and a shocking new conservative world view, Hester must choose between preserving her family and defending the causes she's spent her whole life fighting for.

From the prolific pen of novelist, essayist and playwright Anthony Giardina, The City of Conversation was nominated for Best Play by the Drama Desk, Outer Critics Circle and Lucille Lortel Awards when it premiered at Lincoln Center in 2015. It received its Washington D.C. premiere at the Arena Stage earlier this year.

SPECIAL DISCOUNT OFFER - Get 50% off tickets to  see "The City of Conversation" by using CODE: PLAY.  Purchase tickets at http://bit.ly/1XUJfoA

Blog
Merrily We Roll Along at The Wallis
2,717 views