Onetime electronica star Moby has kept busy with new pursuits, like his book 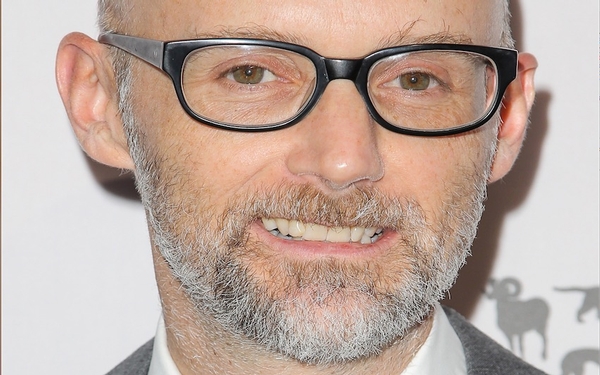 As a famously brainy electronic musician — and a descendant of literary royalty — Moby had plenty of lodestars he might have looked to while writing his first book.

There was, for instance, Brian Eno, the pop experimentalist who reflected on his work with U2 and David Bowie in his 1996 volume “A Year With Swollen Appendices.” And the distant ancestor from whom Moby got his nickname: “Moby-Dick” author Herman Melville.

“Honestly, I’d never given much thought to the guy before I read his memoir,” Moby said at home in Los Angeles, referring to “It’s So Easy (and Other Lies),” in which McKagan writes frankly about the excess and the illusions of show business. “But he wrote a book that’s good enough that it transcends the fact that I wasn’t interested in him.”

Engaging readers with the quality of his prose rather than the vestiges of his celebrity — that, along with not tarnishing his family’s legacy, was Moby’s goal with “Porcelain,” a lovingly composed memoir that tracks his journey from living in an abandoned factory in Connecticut to playing the hottest clubs in New York and Europe.

The book isn’t without its share of insider-y music talk, including funny memories from a mid-’90s Lollapalooza tour and a revealing look at how musicians clear samples. Moby also tells a great story about the time he screwed up while spinning records behind Darryl McDaniels of Run-DMC. (“I had killed Christmas,” he writes in his signature deadpan. “I had stopped joy dead in its tracks.”)

More than a beatmaker’s how-to or a rundown of his famous friends, though, “Porcelain” reads like an intimate meditation on the various contradictions Moby has resolved over the course of his 50 years: his Christian faith versus his hedonistic streak; his hunger for stardom versus his retiring nature; his respect for ambition versus his deep belief in luck.

The book is also a tender ode to a vanished New York City, Moby’s longtime home before he resettled in Los Angeles in 2010. His vivid descriptions of the downtown club scene — “glamorous teenage trannies, drug-addled old queens, pee-drinking contests, people dressed as giant chickens” — give a clear sense of time and place that many musicians’ memoirs simply don’t provide.

To understand what he was up against, Moby figures he read 30 autobiographies before he set to work on his own. “Or at least I read the beginnings of 30,” he added, seated at a kitchen table as a light drizzle fell outside. On the counter sat a blender and a bowl of blueberries — evidence of the breakfast smoothie that is a staple of his vegan diet. “Often I couldn’t get any further than that because the writing was so bad,” he went on. “And some of the mistakes are pretty easy to avoid.

“When you say, ‘John the bass player walked by,’ you’ve basically told me nothing. Who is John? What’s he wearing? What’s his voice like? Give me something.”

When I told him his book does indeed surprise with its expressive color, Moby dropped a name even less expected than Duff McKagan. “I’m like Dan Quayle in that VP debate,” he said, comparing himself to George H.W. Bush’s running mate in 1988.

“He was able to string sentences together and people thought he did a great job because expectations were so low.”

Moby’s thinking here aligns with his musical approach on “Play,” which attracted non-techno fans with clever arrangements that combined programmed beats with field recordings of old blues and gospel singers. It was human-scaled electronic music that was easy to understand for listeners who knew nothing about electronic music.

“You can’t just assume that people are going to like what you’ve done because it’s you,” he said, speaking about the book. “For this, I was working under the assumption that people would read it who don’t like me or don’t even know who I am.”

Given the number of music memoirs competing for readers’ attention, that may be an optimistic expectation. Yet Moby’s earnest dedication to the craft of writing — to creating a book enjoyable on its own terms — makes it harder to view “Porcelain” as merely the latest diversion for a wealthy dilettante.

Though he’s continued to make music over the decade and a half since his commercial peak, Moby has seemed to spend more time in recent years on other pursuits. In 2011 he released a volume of photographs, “Destroyed,” and last year he opened Little Pine, a vegan bistro in Silver Lake. He also bought and restored Wolf’s Lair, a historic estate in the Hollywood Hills, before selling it in 2014 for $12.4 million.

He gets the idea, held by some, that each of these is a kind of vanity project, a means of extending the renown that had started to wane by the mid-2000s. But Moby takes the opposite view: To him, throwing himself wholeheartedly into the photography and the restaurant and especially the book has served as a method of managed withdrawal.

“When I got that first taste of big fame, I didn’t want it to ever go away,” he said. “I desperately wanted to be a beautiful rock star — some hybrid of Thom Yorke, Robert Plant and Johnny Depp — forever.” Gradually losing it hurt at the time, he said: “I was like a crack-addicted grizzly bear being separated from its cubs.” But now he’s thankful it didn’t last. “The more attached I became to attention, the less happy I was. I became a bad friend, a bad family member, a bad person to date.”

With a laugh, he said the work he’s done lately sharpening other skills — and making smaller-scale records like his latest, this year’s instructively titled “Long Ambients 1: Calm. Sleep.” — reflects “the dignity of defeat.”

The grizzly bear years aren’t part of the story Moby tells in “Porcelain.” The book ends before “Play” comes out, when he’s still recovering from the disastrous reception of his 1996 punk album “Animal Rights.”

“Maybe ‘Play’ would be my obscure swan song,” he writes, “before I disappeared into the bowels of New England to teach community college and die on a futon.” (The album has sold more than 12 million copies.)

At his house, Moby said, “The Virgo WASP in me really liked the idea of limiting the book to a nice discrete chunk,” which was the decade between 1989 and 1999. “And ending at the beginning of the conventional narrative — that just appealed to me.”

He’s planning a second book, though, on his time as a pop star and the “bottoming out” that followed. “Actually, I’ve already written most of it,” he said. “But I showed it to some people and they said it was too salacious. So I have to figure out a way to approach it.”

Perhaps it’s worth asking what Duff would do.