Why feminists have an obligation to see 'Ghostbusters' 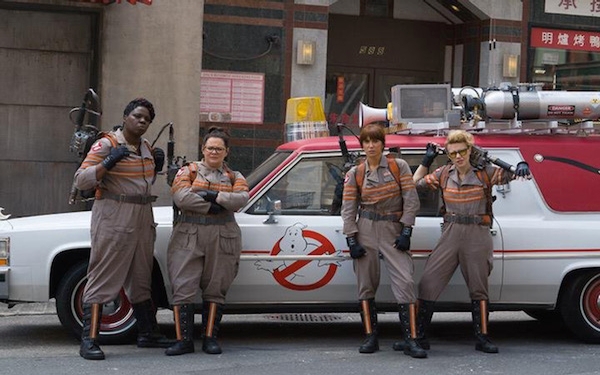 I have Friday, July 15, circled on my calendar already. Like many moviegoing women, for more than a year I’ve been anticipating the opening of the all-female reboot of “Ghostbusters.”

I fully expect that Melissa McCarthy, Kristin Wiig, Kate McKinnon and Leslie Jones will make me laugh — McKinnon and Jones are 80 percent of the reason I still watch “Saturday Night Live.” At the same time, I legitimately worry about what happens if the movie falls short of expectations. This isn’t just about box office numbers, but about optics. When a big-budget movie starring men does poorly, it’s just another dud that’s shrugged off. When one made by or starring women doesn’t live up to the hype, it becomes a referendum on women as artists and filmgoers.

As the annual summer movie pageant gets underway, “Ghostbusters” has become the default feminist entry. (It had little competition; as in most years, very few films have female leading characters. “Bad Moms”? “Finding Dory”?)

The production’s profile was buoyed — for better or worse — by a vocal sect of nerd purists outraged that their childhood memories of Bill Murray and Dan Aykroyd stand to be tainted by girls donning proton packs. One made an entire video manifesto about why he refuses to see the movie. Others have been less wordy but equally aggrieved across social media with comments like: “Now they wanna ruin Ghostbusters with women?” “What FemiNazi bought GhostBusters’s (sic) rights?”

Still, if Hollywood’s hype machine can tamp down that misogyny and get female moviegoers excited about a girl-power “Ghostbusters,” maybe that will distract everyone from the bigger issue: the sidelining of women as creators and subjects of movies.

Sexism seems the most stubbornly entrenched in cinema, of all the popular culture industries. How bad is it? Of all the directors, writers, executive producers, producers, editors and cinematographers who worked on the top 250 domestic grossing films last year, only 19 percent were women according to research published by the Center for the Study of Women in Television and Film at San Diego State. More recently, the Wrap revealed that Paramount and 20th Century Fox together have 47 films on deck with not one woman attached to direct. So if you’re waiting to see a female-directed release from those studios, you might want to pack a lunch.

Enough light has been focused on Hollywood’s gender imbalance that the U.S. Equal Employment Opportunity Commission reportedly has expanded its much-talked-about but officially unconfirmed investigation into gender bias in industry hiring. After interviewing 50 female directors, investigators are now talking to studio executives, agents and producers.

This isn’t the first time Hollywood’s hiring practices have come under scrutiny: In the 1960s, evidence of race and sex discrimination prompted the EEOC to hold a series of hearings. The resulting investigation found ample evidence of such discrimination, which later was summed up in a report to the U.S. Commission on Civil Rights as stemming from “an overdependence on word-of-mouth recruitment” and minimal use of official job standards and descriptions.

The fact that anyone outside Hollywood is remotely aware of the problem is thanks to a kind of ambient activism around representation issues. Nurtured in feminist spaces and inspired by watchdog criticism, concepts like the Bechdel Test and the Smurfette Principle now surface in the mainstream and entertainment media to discuss overt stereotyping and erasure. Changes in the media landscape — such as the rise of Web series and streaming services — also has made space for creators outside the baseball-capped boys club.

Social media also has refused to let issues of representation fade away. Number-crunching studies lay the facts bare. Tumblr’s “S*** People Say to Women Directors” put the lie to a Hollywood “meritocracy.” The hashtag #OscarsSoWhite scorched a path through Twitter, and the startling homogeneity of Academy Awards voters made headlines everywhere.

Those of us outside the industry but with a filmgoer’s stake in making sure the medium is rich, and evolving and representative — yes, we’ll be buying tickets to “Ghostbusters” and wondering why Hollywood still seems genuinely flummoxed by the prospect of reaching more than half the population.

(Andi Zeisler is the author of “We Were Feminists Once.”)