"OJ: Made in America" is an incredible exploration of history and media breeding a monster 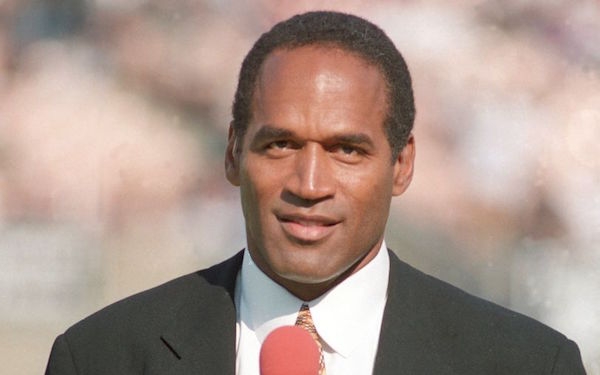 It all boils down to simple bewilderment. Perhaps I can blame my age. On that fateful night of June 13th, 1994, I was a mere four-year-old with little interest in grisly murders and the media parades that come with them. OJ was simply the name of my favorite beverage paired with a bowl of Lucky Charms, and Cinderella’s shoe was the only garment I was concerned about fitting or not.

As years passed of course, I learned of the bloody glove, the chase, and the lengthy trials, but still never quite grasped why people always tilt their ears closer to storytellers when the name OJ Simpson escapes their lips. With ESPN Film’s new documentary special “OJ: Made in America”, however, I finally understand.

Nearly 22 years after the murder of OJ’s estranged wife, Nicole Brown Simpson and her friend Ronald Goldman, we find our TVs occupied with two variations of the almost unbelievable story. FX brought us a titillating narrative with People vs. OJ Simpson earlier this year, and now ESPN offers something exhaustive—exhaustive in its sense of history, geography, and identity. All of the sudden, OJ the football player, OJ the celebrity, and OJ the murderer all coalesce into a grand example of the psyche of the mass gaze. He may have had the talent, but have we considered that we the spectators may have paved the way to Bundy Drive?

Over a 7.5 hour period cut into five installments, director Ezra Edelman (“Magic & Bird: The Courtship of Rivals”) dives unapologetically deep into the world of OJ with a staggering amount of confidence, mainly in his willingness to explore the stepping stones of the sociopolitical climate that bred the kind of world where OJ’s story gripped so many people’s attention for decades.

From the very beginning with his heroic days on the USC football team to the very bitter-turned-comical end, we see a man blossom into unwieldy power and eventually fold in on himself in tragedy. What makes the journey worth it, however, are the moments in which Edelman strays from the narrative of OJ and takes proper occasion to explain Los Angeles. While “explaining Los Angeles” may seem a trivial waste of time to some, the task actually couldn’t be more complicated or more necessary.

LA, like much of the country in the mid-60s, which is also the time of OJ’s college football heyday, was a precarious, racially charged environment that couldn’t seem to stray from flirting with chaos. The brutality of the LAPD towards the African American community, the riots that eagerly erupted in response, and the divide that segregated the powerful from the hopeless all are illustrated by the people who lived it, from both sides of the fence. Nearly half a century later grudges are still held and fingers are still pointed. Los Angeles, despite its growth, remains a mecca of clash.

The result is an almost anthropological study on a society, and how exactly ego reacts to its ebbs and flows. By placing a huge variety of perspectives in front of the camera to attest to the climate and personality that led to the murders of two people, Edelman paints us not just a picture, but a wrapping mural whose scope is staggering.

This includes childhood friends of OJ, some who still remain wholly devout to the man now behind bars, as well as lawyers from both sides of the infamous trial who replay the case they brought before millions of viewers with respective regret and pride. Members of both Nicole and Ron’s families bare the hardship of reliving their heartbreak once again in front of a camera, while members of the jury recount the experience of sitting in that courtroom digesting the fanfare that set out before them.

Us, either those entirely new to the story or those revisiting after years of not having considered the Juice and his scandals, now can begin to realize how immense and complicated the reach of his world really was. It was never simply about evidence or celebrity or a bad judgment call. Here was the rare incident of a black man who, over the course of his career, had won over the white viewers’ trust and ignored his own community and who now sought that community’s rage as a means of seeking innocence. He was nearly a god in many people’s eyes, or better yet, he was simply OJ, and that’s how he liked it until confronted with a murder charge.

As I mentioned previously, the result as a viewer is bewilderment. To see how one man’s tale of prowess and good nature evolved into a play of absurdist tragedy in front of an ever-watchful audience remains as enticing as ever, which begs the question: what has changed? The story of an angel falling from the heavens still has that intoxicating taste of sin that is nearly impossible to ignore, and as a witness I find it hard to not be entirely absorbed as I sit around the campfire listening to OJ’s story unravel with megalomania and fanaticism.

But something significant has changed, and that’s the angle in which Edelman explores OJ’s fall from grace. The city of Los Angeles and the man himself become wrapped up into one uncontrollable monster of power. History unfolds into a witness, prosecutor, and judge all in one breath as the identity of a man reflects only what history sees of him, and the fact is, it and we will always be watching.