The Fits is a standout whimsical drama about belongingness and identity 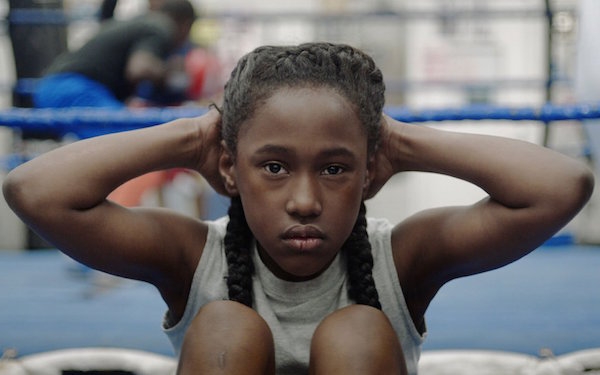 It really doesn’t take long before you realize that The Fits is going to be a special experience. If you happened to see the trailer, the lasso was probably already tied in a stubborn knot around your waist the moment you walked into the theater. If not, it’ll maybe take star Royalty Hightower to the count of twenty in the opening shot before she sells the entire piece that lays ahead of her—a piece of art that will set debut director Anna Rose Holmer on the right path for a potentially remarkable career.

I usually don’t talk about trailers because they are oft misleading or give too many key moments away that end up deflating the actual movie-going experience. For The Fits, however, it sets up the air of mystery, whimsy, and heart in such a punching way, that the eyes beg for more. Luckily, Holmer is there to feed that hungry expectation of yours with plenty of surprises.

With a sweet and short runtime of 72 minutes, The Fits is a streamlined visceral experience with an appropriately textured narrative to accompany it. Hightower plays Toni, an 11-year-old tomboy who spends more time training with the guys in the boxing ring than with other girls her age. But soon, her eyes begin to wander as the sounds of the drill team practicing a few doors down in the community center echo through the hallway. The ferocity of the individual dancer in the midst of precise movements in the framework of a team all of the sudden beckoned her. Whether or not she knew how to wield that sort of confidence or even bust a dance move was of little concern, as long as she could finally claim a sense of belonging.

This is how Holmer leads us in, hinting that maybe this will be a new take on the Billy Elliot story, where the expectation of gender leads our protagonist left and right of what the template has set out for them. But then, that rug is quickly pulled out from under us as “the fits” set in.

At first they may seem completely out of left field, but then the consequences of “the fits,” or random seizure-like episodes that various girls from the drill team individually experience throughout the film, slowly become apparent—no, not just apparent. Powerful.

Entranced by stories of mass hysteria that occur most often in young groups of girls, Holmer recognized a unique connection between that often desperate urge to be a part of something, even if driven towards the direction of madness. In one’s isolation and loneliness, we can often feel that whatever a larger group is doing must be better and right, and so we toy with the process of social adaptation. For Toni, this means piercing her ears and practicing her dance moves when she should be training for boxing, but the one thing she can’t understand is why some of the girls start to be envious of the others who have experienced “fits.” We could easily make a comparison to a girl getting her first period, where, despite its immediate unpleasantness, it also marks womanhood. So, perhaps Toni simply isn’t ready to completely embrace “the fits” and whatever that stage of life that is… at least yet.

This framing of vulnerable isolation is executed with incredible visual direction thanks to Holmer and her cinematographer Paul Yee. It’s rather remarkable that The Fits also marks his debut as DP on a feature narrative, because wow. The way in which he captures Toni in her sense of aloneness within a sea of togetherness results in an equally claustrophobic and limitless image. The use of extra-wide frames provides an opportunity for the remarkable newcomer Hightower to both command the camera and sink back into the background when the social aspects of her character become overwhelming. All in all, a standout job by Yee.

We also cannot ignore the aural world of The Fits, which, thanks to the master partnership of Stenfert Charles (Saunder Stenfert Jurriaans and Daniel Charles Bensi, Martha Marcy May Marlene, The Gift) is a wildly ambient yet jostling listening experience that further throws us into Toni’s often confused perspective. Ambient driven melodies and synths laid over eerie shots of a drill team dancing in an empty community pool begin to haunt rather than just inform of us the plot—which there really isn’t much of to begin with.

But who needs cause-and-effect action when you can get effective feeling resulting from the precision of sight and sound as partners? Just as Toni craves to work with others to find herself in the midst of a greater unit, Holmer has freed the elements of The Fits to move the others, to become outstanding in their own right because of the others simply existing.