The top 10 June books we’re packing in our suitcases 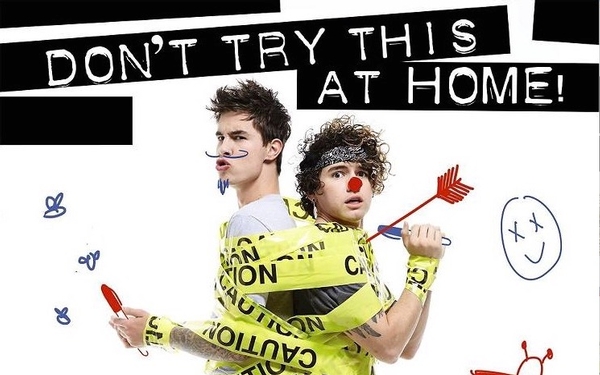 The sun is shining, the lilac trees are in full bloom, and the smell of freshly cut grass lingers in the air. It’s June, which means barbecues and lazy pool days are finally upon us. It’s also time to start hoarding those beach reads and searching through new releases to find the perfect books for vacation. Luckily, we’ve got you covered here at BookTrib.

Here are 10 new June books that we will definitely be stowing away in our suitcases this summer:

Hilderbrand is the queen of the beach read, with most of her covers featuring floppy hats, feet near water or brightly colored towels laid out on the sand. “Here’s to Us” is no exception, telling the story of three women who all end up at a beach house in Nantucket as they say goodbye to the man they were each once married to. Now add in the same humor, strong characters and deep relationships that Hilderbrand is known for and you’ve got the perfect vacation novel for summer!

Singh has become a paranormal powerhouse, creating series after series filled with hot alpha changelings and angels who fall hard for their human lovers. “Allegiance of Honor” is the latest in her “Psy/Changeling” series, this time giving readers an update on all the characters we’ve grown to love. Check back in with Hawke, Lucas, Judd and many, many more as they continue to fight for equality and respect between their various races. This is a definite must-read for all those millions of Singh-fans out there.

Cline’s debut novel is one of the most anticipated reads of June, and for good reason. The book is set in California in the late 1960s, when the hippie movement began to turn darker and people were starting to question the cost of peace. In the midst of the turmoil, teenager Evie Boyd finds herself caught up in a world of violence and new discoveries when she follows an older girl to a Charles Manson-esque compound in the hills. Will she succumb to the cult-like teachings, or will her morality win out in the end? Find out in this lush and beautifully told story.

Logan’s YA novel is about high-schooler James, a star athlete from a small Vermont town who’s easygoing, fun and dating a cute girl named Theresa. But only James knows the truth about who he is, and at night he writes it all down in letters to the people in his life. He has no intention of sending them, of course, especially the ones where he confesses that he doesn’t have feelings for Theresa but instead can’t stop thinking about a close male friend. But secrets rarely stay secret for long, and James will have to decide how he’s going to tell his. Heartfelt and moving, we can’t wait to try out Logan’s debut novel (which even got a starred review from Kirkus!).

Pulitzer Prize-winning author Proulx is back with an epic story that spans more than 300 years. “Barkskins” is about deforestation on a global scale, starting in late 1600s with two penniless Frenchman who become wood-cutters, or barkskins. From there, the novel traces their descendants across years and continents, tracking how a trade filled with hardship or tragedy can eventually lead to the ecological disasters we currently face. We doubt this will be an easy read, but Proulx strong prose and amazing ability to weave together story will definitely make this a novel worth picking up.

Sometimes you just need to read something light and fun, which is where “Don’t Try This At Home” comes in. Kian and Jc are stars of popular YouTube channel KianAndJC, where they make funny sketch videos, conduct awkward interviews, complete challenges and prank each other. In their first book, they share stories and exclusive photos and describe their rise to Internet fame. Expect lots of laughs and more of the classic bro-chemistry these two friends share online.

Sullivan launches a new epic fantasy series with “Age of Myth,” book one of “The Legends of the First Empire.” Set in his Riyria world (though thousands of years before his previous series), humans are barely surviving and they worship the Fhrey — elves who have recently discovered magic. But when a human manages to kill a Fhrey, the entire power structure comes into question. It’s up to a small group of heroes to fight back and save humankind forever. There are five planned books in this epic series, so be sure to start “Age of Myth” before book two comes out next year.

This is the final book in Glines’ popular “Rosemary Beach” series, this time telling the story of selfish rich girl Nan Dillon. Nan lost the guy in a previous “Rosemary” book, and her brother Rush is happily married and distracted by fatherhood. Bored and lonely, Nan turns to Texas playboy Major. But he’s only out for a fling, so she doesn’t try too hard to refute the advances of sexy businessman Gannon. Soon Nan has to choose between the two charming men, only they might be playing her just as much as she thinks she’s playing them. Glines is known for her sexy novels, and “Up in Flames” sounds like a steamy good time.

The, well, king of horror returns with the final book of the “Bill Hodges Trilogy.” After suffering a horrible brain injury, killer Brady Hartsfield awakens with a deadly new power: he can drive people to suicide, continuing his killing spree without ever having to leave his hospital room. It’s up to Bill Hodges and his partner Holly Gibney to finally put a stop to Brady, or the ‘Mercedes Killer.’ No one writes horror like King, and this latest novel will leave you on the edge of your seat.

Set in the prehistoric age, Eshbaugh delivers a Young Adult fantasy novel unlike anything we’ve seen before. When hunter Kol meets the bold Mya, he’s blown away and desperate to impress his fellow teen. But Mya is harboring secrets and a sadness that becomes clearer when one of her old enemies joins Kol’s clan too. Now war between two clans seems imminent, and Kol isn’t sure who he can trust. Blending fantasy, history and romance, this debut by Eshbaugh is a must read for any YA fan.