To stream or not to stream: Filmmakers are seeking ways to cross the digital divide 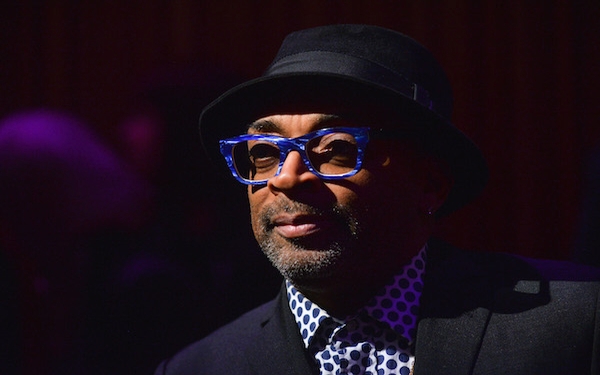 As everyone knows, Spike Lee has never been afraid to take a strong stand for what he thinks is right. But these days, when he speaks to aspiring young filmmakers, the man who made “Do the Right Thing” says that — at least when it comes to making movies in the digital age — there is not necessarily one right thing to do.

“I was telling my film students at NYU, ‘There’s no one way to do anything,’” Lee said recently. “You have to be adaptive and flexible as the film world changes. And it’s clearly changing.”

That’s an understatement. In some ways, it’s never been easier to make a movie, as last year’s micro-budget indie “Tangerine,” shot entirely on an iPhone, demonstrated. But when it comes to actually getting a movie in front of an audience, filmmakers today face an array of choices that can seem both thrilling and confounding, as deep-pocketed Internet services like Netflix and Amazon and other digital players have aggressively pushed into the movie business and upended long-held ways of doing business.

“Netflix and Amazon have changed the game,” said Lee, whose film “Chi-Raq” came out last year in theaters and then, two months later, was available to Amazon Prime subscribers to stream for free. “That’s good for filmmakers, it’s good for film and it’s good for movie audiences.”

But as these digital newcomers have breathed fresh life into the cinematic ecosystem in recent years, they have also raised knotty questions that go to the very heart of what a movie is. With the cinematic marketplace shifting rapidly, both older, established directors like Woody Allen and Jim Jarmusch and younger filmmakers like Cary Fukunaga and Nate Parker have had to negotiate sometimes difficult decisions of how best to bring their work to audiences: via a theatrical release, Netflix, iTunes, Amazon, another Internet or cable on-demand service — or some combination thereof?

The changes sweeping through the movie ecosystem came into sharp focus at this year’s Sundance Film Festival, where Netflix and Amazon — which had been tentative players just a year before — proved the dominant force, hungrily snatching up many of the most closely watched titles.

“We were not outbid on any movie that we wanted,” said Amazon Studios head Roy Price. “If we bid, we got it.”

Amazon bought six movies, including writer-director Kenneth Lonergan’s well-received drama “Manchester by the Sea,” beating out the likes of Fox and Universal for the film with a $10 million bid. Netflix also acquired six movies, including the Paul Rudd-starring dramedy “The Fundamentals of Caring,” for which it paid $7 million.

Yet even as the Internet players flexed their muscles, the most buzzed-about film at the festival, Parker’s slave-revolt drama “The Birth of a Nation,” went to Fox Searchlight for a record-breaking $17.5 million, despite a reported $20 million bid from Netflix.

Indeed, for filmmakers, the question of what sort of release to go for isn’t purely a financial one — though money is unquestionably a major consideration.

Under its model, Netflix releases its films in theaters and via streaming at the same time — or in some cases, exclusively via streaming. Amazon takes a somewhat more traditional approach, typically releasing its films in theaters for at least a month before making them available on its Prime Video service. In either case, going with a streaming release can mean forgoing much if not all of the potential back-end upside that could come with a major box office hit in favor of an up-front payday.

Some filmmakers may be willing to gamble on the possibility of greater future rewards. But given the often unforgiving vagaries of the business — with smaller pictures continually struggling for attention in a marketplace dominated by big-budget behemoths and generations raised on the movie theater as the center of the cinematic universe giving way to younger ones steeped in on-demand streaming — the certainty of a guaranteed check can feel like a safer route.

“It’s such a steep climb in the independent market,” said one longtime talent representative who declined to be quoted on the record because he works with a number of directors. “If your movie costs $3 (million) or $5 million and you sell it at a festival for $10 million, then yeah, that’s great — you’re ahead of the game before you start. But that’s an anomaly. Hope springs eternal, but if you go with the statistics, it’s very tough.”

Still, for a filmmaker with a hot movie like Parker’s “The Birth of a Nation,” the prospect of a full-scale theatrical run can be impossible to resist.

Netflix Chief Content Officer Ted Sarandos said he could understand why Parker might have been drawn to Fox Searchlight despite Netflix’s higher bid.

“It’s very romantic after you’ve had a standing ovation at (Sundance) to do this thing in the way that people have described successfully,” Sarandos said. “Somebody sits down with a road map and says, ‘Here’s what we did with “12 Years a Slave,” and it won an Oscar and did $100 million at the box office.’ And if all those things come true, it will be a push for Nate. But he’s taking all that risk. Whereas the other way, we’re taking the risk because we have a high confidence level in our ability to match Nate with that audience.” (Parker was unavailable for comment.)

Even though Amazon and Netflix have drawn critical raves and sizable audiences for series like “Transparent” and “House of Cards,” there’s still a sense among many in Hollywood that movies lose some of their cachet if they bypass the big screen in favor of the small one.

Though Netflix and Amazon have each racked up multiple Emmy wins for their original series, they have yet to make a major splash at the Academy Awards. Netflix earned an Oscar in 2014 in the documentary short category and has had several feature documentary nominees, but its drama “Beasts of No Nation” received no nominations this year despite a strong push — a snub many interpreted as a sign of Oscar voters’ resistance to Netflix’s day-and-date streaming model.

Like many filmmakers, comedy director Nick Stoller (“Neighbors 2”) believes movies — particularly ones with an element of spectacle — inevitably lose some of their immersive quality if they’re watched at home on a TV or an iPad.

“I saw ‘The Revenant’ in the theater and I loved it — and everyone I talked to who was not totally into it saw it at home,” Stoller said recently, referencing Alejandro G. Inarritu’s brutal frontier thriller, which took the directing award at this year’s Oscars. “You see it in the theater and it’s a totally different experience.”

At the same time, Stoller appreciates the formal flexibility that streaming can allow and is developing a comedy series for Netflix. “I’m treating it like a four-hour movie,” he said. “There’s so much you can do when you have a little more time to tell a story.”

Though movie theaters offer a communal experience that streaming can’t match, Judd Apatow — who produced the Pee-wee Herman comedy “Pee-wee’s Big Holiday,” which was simultaneously released on Netflix and in a few theaters in March — says the reality is that over time, most films end up reaching their largest audiences in the home anyway.

“We make these movies, and they’re in theaters, and we love that part of it,” Apatow told The Times recently. “But I always say to the people I’m collaborating with, ‘Make sure you like it because people are going to be watching this on TV for the next 60 years.’ That’s where most people see everything.”

For veteran producer Brian Grazer, successfully navigating the new landscape of film distribution ultimately means going where the audience is — and that increasingly means on the other end of a WiFi connection.

“I’d love it if every one of my movies — or at least every good one of my movies — screened on big screens,” said Grazer, who has produced Oscar fare like “A Beautiful Mind” and blockbusters like “The Da Vinci Code” and is now developing an Eddie Murphy comedy for Netflix. “But that’s an elitist attitude, because that isn’t what customers’ choice is. You have to follow what their choice is. Otherwise, it’s like trying to redesign gravity.”

With other tech giants like Facebook, Google and Alibaba eyeing ways to get their own pieces of the original content action, the choices facing filmmakers will get only more complicated. Netflix’s Sarandos believes attitudes will continue to shift.

“When people say they want their movies in a theater, I think what they really mean is they want them in the culture,” he said. “I think people will come to understand that being on Netflix, accessible to 81 million people around the world at the same time, they will be in the culture. It’s just a different definition than the one they grew up on.”