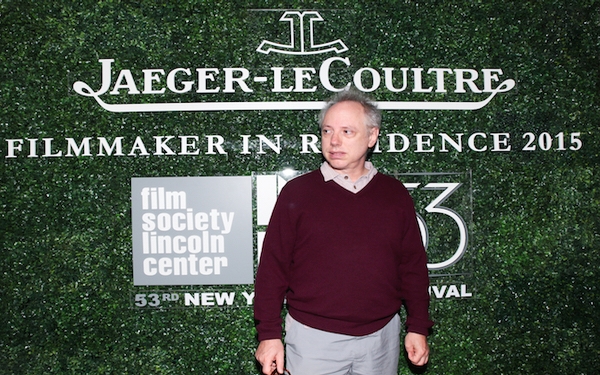 Todd Solondz is still full of surprises. The writer-director behind “Welcome to the Dollhouse,” “Happiness” and the more recent “Dark Horse” is best known for the bracing provocations and controversial subject matter of his films.

His latest, “Wiener-Dog,” is almost shocking in its gentleness and straightforward simplicity. The film nevertheless finds time for a mother-son chat on mortality, ruminations on life choices and a resurrection of the “Dollhouse” character Dawn Wiener as it covers four stories in which a lovable dachshund lives with a new owner. A family takes in a sick dog, a shy veterinary technician goes on an impulsive trip with a former crush, a disgruntled screenwriting teacher aims for something more and a young woman visits her ailing grandmother.

Solondz, 56, recently called from his home in New York for a conversation that felt as thoughtful and disconcertingly honest as his art.

When you’re not working on your own movies, you teach filmmaking at New York University. Does that give you the freedom to only make movies when you not really want to?  I’m surprised I’ve made as many as I have. Given my box office, it’s always a challenge to find people to put money into my movies. If they put money more readily into my movies, there would be more movies.

In one of the stories in “Wiener-Dog,” DeVito plays a screenwriting teacher. Is that based on your own experiences?  Well, I don’t think my colleagues would confuse me with this character, but of course it gives me a surfeit of material to mine for satirical, philosophical or emotional values. I mean, the school, oh, my God, any university is a kind of evil empire. I get a good bird’s-eye view of just the remarkable corruption and incompetence in the way that a school is managed, but for me personally it’s a great pleasure. I love teaching, and I love my students, and I wouldn’t trade that for directing things that didn’t interest me.

Was it difficult to get the performance you wanted from the dog?  Well, I don’t know if I would call it a performance. I was told they were show dogs, and there were about three or four that we used, and one of the things I learned over the course of the film is that the breed, like other breeds of dogs, are bred for the marketplace at the expense of the integrity of the constitution of the dogs. I think with dachshunds a certain amount of intelligence has been bred out of them. So that was a challenge, because really that dog didn’t know how to respond; it just didn’t respond to anything, any command, whether to stay or sit or lie down, sleep, eat, anything. We were really at its mercy. And that was very difficult, and I might even have thought to choose a different breed had I known how hard this would be. But now that it’s over I’m happy I have it there.

People get very upset about even the idea of a dog being harmed in a movie. Without giving anything away, did you ever consider any kind of warning?  You’ve already given it away! It’s true even babies in danger can’t rival the preciousness of a little dachshund in danger. You can have all sorts of analyses for what that is. I think it’s related to a kind of sentimentalization and anthropomorphization of the nature of innocence, but it’s hard sometimes to look at a dog as a dog, when so much of what a dog does is refracted through the way humans read things and project onto a dog. And so much of what a human projects onto a dog is reflective less of the dog than the human. And that’s, of course, something that plays out in these stories.

Is it harder to get a film made and seen now than when you were starting out?  People make good movies every year, and they come out of unexpected corners, unexpected places, sometimes from filmmakers that you have always loved or admired or been interested in and sometimes people you’ve never heard of. So I’m always hopeful. I think it’s one of the good things with the technology that makes moviemaking more economically viable for young people is that the bar has been raised. It’s not enough to say, ‘I did it for only $10,000.’ It has to be done for $10,000 and still be good, still be engaging in some way. So it’s harder to get a release, theatrically, than it was 20 years ago, but it’s always been hard.

Do you still make movies for the same reasons as when you began your career?  In the larger sense of the question I would say yes. If you have a story that is important enough to you, you’ll find a way to tell it and get it out there.

Going into all of this, I think when I was younger I thought I had a much more mainstream sensibility. So many of the movies that I most loved were made in Hollywood. So I just assumed that’s where I would drift, in that direction. It was only after making a bunch of movies that I realized I’m a little bit more marginal than I ever imagined when I was young.