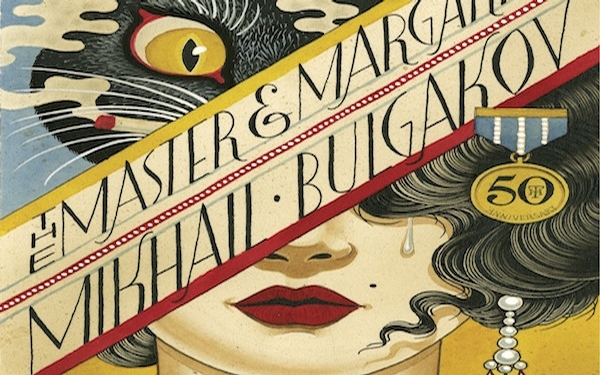 Curtis Sittenfeld manages to put her finger on a societal pulse that only she can feel, unleashing fanatical interest in topics, like prep schools, and first ladies. Her latest work is a take on Jane Austen. Played out? No way!

Bridget Jones’s intimate style shines through in Lisa Owen’s Not Working. A little more sophisticated, this chronicle of a woman at a loss for direction is highly relatable, funny and insightful.

Rufi Thorpe writes with one of those literary voices that haunts you months after you’ve turned the final page. The charming, original Dear Fang, With Love plumbs the depths of father-daughter love. The author’s debut novel, The Girls From Corona Del Mar is equally enthralling.

A cross between Justified and Bloodline, Bull Mountain, by Brian Panowich, recounts tales of the “blood-steeped Burroughs clan.” Set in the middle of the 20th Century and soaked in moonshine, this saga will curl your toes.

Some moments in history remain endlessly fascinating, with the Charles Manson murders being one of those. Emma Cline’s The Girls mines this lode with sensitivity and insight.

A classic of Russian literature and satire, Mikhail Bulgakov’s The Master and Margarita gets a beautiful new 50th anniversary edition featuring a newly revised translation. The Devil and his gun-toting cat visit Moscow and expose the hypocrisies of Soviet culture in this surrealistic work of genius.

One of America’s greatest living writers, Don DeLillo’s latest, Zero K, is a haunting exploration of mortality and the changing world. Once again DeLillo plumbs the poetry of alienation in a microcosm of a world flung up against big ideas.

A contemporary classic soon to be a movie, Ted Chiang’s collection Stories of Your Life and Others features tales that straddle fantasy and science fiction, each one a polished gem that will leave you looking at the world a little differently.

One of fantastic fiction’s most unclassifiable writers, Jeffrey Ford returns with his latest collection, A Natural History of Hell. From Emily Dickinson’s carriage ride with death to a suburban couple’s invitation to an exorcism, Ford never fails to surprise with his darkly dreamlike -- and often funny -- imagination.

Miljenko Jerovic explores five generations of one family with depth and precision in Walnut Mansion. The heartbreak of a century becomes grist for the mill.

Iain Pears weaves three different characters’ worlds together—an Oxford novelist, a girl lost in a magical world and an eccentric psychomathematician--for an epic homage to fantasy and the power of storytelling in Arcadia.

If European history is your jam, dip into Adam Hochschild’s Spain in Our Hearts. This compelling book documents the role of Americans in the Spanish Civil War.

The Los Angeles punk scene gets chronicled to perfection in John Doe’s Under the Big Black Sun. With contributions from over a dozen others, this book may end up as the definitive text of an era.

Fascinating and unusual, Laurent Dubois’ The Banjo tells the history of the instrument, from Africa to America. Brimming with detail, this book is sure to charm musicians and music lovers alike.

There are a lot of memoirs by musicians, but few crackle with good writing (thank you Patti Smith!). Elvis Costello, turns out – not surprisingly as his lyrics are sublime – to be good at recounting his own story to perfection in Unfaithful Music & Disappearing Ink.

Allison Leotta was a federal sex-crimes prosecutor, a job that brings gritty urgency to her novels. The Last Good Girl is a crime novel worth its weight in gold.

Typical teenage girl angst turns deadly in Kimberly McCreight’s The Outliers. A great vacation read that will keep you bolted to your chair.

Combining the lyricism of a novel with the page turning of a thriller, Lydia Millet makes it look easy in Sweet Lamb of Heaven. The protagonist, Anna, a mama bear with peculiar, psychic abilities, is a terrific character.

Nothing says “good vacation read” like Stephen King, and some of his classics have just been reissued in handsome new editions. Misery is a taut cat-and-mouse thriller about a writer who is held prisoner by a psychotic fan. Needful Things follows the townspeople of a small burg where a mysterious curio shop opens, offering the heart’s desire of whoever comes in -- at a price.

After delivering one of the best horror novels in a decade in A Head Full of Ghosts, a reimagining of the demonic possession tale, Paul Tremblay follows up with the eerie suspense tale Disappearance at Devil's Rock. After her teenage son disappears, a single mother begins to suspect something supernatural might be to blame.

If your only knowledge of Sci-Fi and fantasy comes from big-budget movies, you’re missing out on a world of beautiful writing that uses technology and fantastic ideas to explore deep issues. Much of the best work is being done in short stories. The Best Science Fiction & Fantasy of the Year is a must-have overview, with giants of the field like Neil Gaiman, Kelly Link and Kim Stanley Robinson as well as hot up-and-comers like Sam J. Miller. The Nebula Awards Showcase includes the field’s award-nominated stories, plus excerpts from the best novellas and Jeff VanderMeer’s winning novel, Annihilation.

Similarly, if you think horror is all blood and guts, check out The Best Horror of the Year, Volume Eight. The premier editor in the field, Ellen Datlow assembles the best in unsettling literary horror stories that lodge in the brain much more effectively than the latest slasher flick.

Quickly becoming the heir to his father, Stephen King, Joe Hill (NOS4A2) returns with his most epic novel yet, The Fireman. An epidemic of spontaneous combustion threatens to reduce civilization to ashes. In the ensuing chaos, a nurse attempts to stay alive until she can give birth, while a mysterious figure known as the Fireman has learned to wield the flames.

Charmingly unique, Sonny Liew’s The Art of Charlie Hock Chye follows the life of a cartoonist through Malaysia and Singapore. This story transcends any stereotypes you may still harbor against comics.

More than a memoir, Sally Mann’s vivid Hold Still is bursting with photographs, documenting the author’s life, art and even writing. This book is a terrific gift for anyone who appreciates photography, the South and/or family history.