JustFab heads toward IPO even as other subscription startups struggle 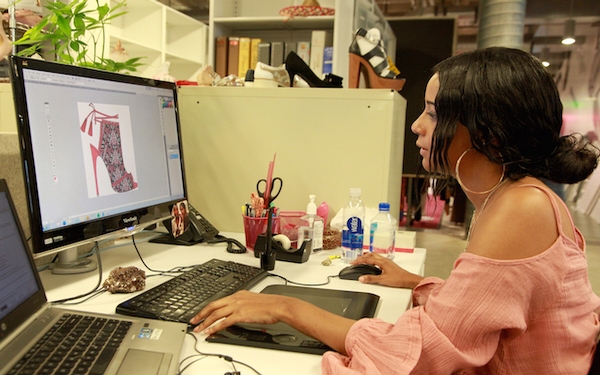 JustFab Inc. has carved out an online niche delivering inexpensive yoga pants, handbags and shoes to its 4 million members.

The company, based outside Los Angeles and behind such brands as ShoeDazzle and Kate Hudson’s Fabletics, is one of a horde of subscription-based startups peddling every conceivable consumer product, including razor blades, cosmetics, fashion and food.

The model is a twist on the cable or magazine subscriptions of old: Members are billed monthly in exchange for a box of products. Some startups such as Dollar Shave Club and Birchbox have attracted millions in financing.

But lately, subscription companies have lost steam. In the first quarter of 2016, funding in this category plunged to $35 million, an 11-quarter low, according to CB Insights. Buzzed-about services such as Beachmint have closed. Beauty retailer Birchbox recently laid off 12 percent of its employees, the second round of steep cuts this year.

So far, JustFab seems to be one of the survivors, despite being dogged for years by complaints from shoppers that its membership program is confusing at best, and at worst, a scam.

Two years ago, the company gained much-coveted “unicorn” status after it was valued at $1 billion following a fundraising round. In the first quarter of 2016, it turned a profit for the first time. This year, JustFab is on track to pull in revenue of $650 million, up from $505 million last year, executives said.

At JustFab’s spacious headquarters, co-founder Adam Goldenberg said the company is on track to grow up.

Plans include a corporate name change, which will be announced in August (Goldenberg will only say that the new name will avoid the word “fab”). Todd Tappin, an executive skilled in IPOs, was also brought on recently as chief financial offer, fueling speculation that JustFab is laying the groundwork for going public.

Goldenberg said that the company was heading toward an IPO, but declined to comment on the timing.

Given the amount of funding, “you typically take this company public at some point.”

Few subscription companies have been able to get that far. Many services — whose lifeblood is customer acquisition — are struggling as competition tightens, analysts said. Even those that tasted initial success have had to fight off copycats offering similar products.

“It’s cooling down,” said Sucharita Mulpuru, a retail analyst at Forrester Research. “There were hundreds of these sites a couple of years ago, and a lot are no longer around.”

Flash-sale sites and daily deal companies such as Groupon experienced a similar trajectory from hot to lukewarm, she said. Those models attracted a flurry of venture capital cash and flocks of curious users. Then, the bottom fell out.

“After the first couple of years, subsequent growth became really difficult,” she said. “When money flows rapidly into a sector, it could be an indicator that something has staying power, or it could be a bubble.”

Goldenberg was keen to separate JustFab from other subscription startups and make the case that its version was sustainable.

JustFab has expanded beyond its origin in women’s footwear and handbags, acquiring rival ShoeDazzle and children’s clothing service FabKids and launching activewear brands Fabletics and FL2.

Subscribers, called VIP members, can shop from a JustFab brand’s entire offerings, including selections curated from their style preferences. Members have five days at the beginning of each month to skip and not be charged at all, or buy something at any price. If neither action is taken, they are billed $39.95, which can be spent at any time.

“We are never sending a product the customer didn’t pick themselves,” Goldenberg said. “That’s a very, very key point to having super long relationships with customers.”

But its model has come under attack from shoppers who feel tricked into signing up for a subscription, and then find it difficult to cancel. In 2014, JustFab agreed to pay $1.8 million to settle a lawsuit brought by Santa Clara and Santa Cruz county prosecutors that accused the company of misleading customers about the automatic payments and failing to explain clearly that advertised discounts (up to 50 percent of retail price) were only available by signing up as a subscriber.

Analysts like Britt Beemer said that’s the problem with subscriptions — there are so many more ways to annoy shoppers who are required to either buy something every month, or take action so they aren’t billed.

“Millennials especially — annoy them once and they are gone,” said Beemer, founder of America’s Research Group.

Goldenberg acknowledged JustFab had to improve parts of the customer experience, although he said the mistakes were hiccups early on. Since the lawsuit, the company has clarified the subscription model through the checkout process, including adding videos.

Still, the issue has irked the company so much — and spurred a storm of negative press — that corporate marketing officer Shawn Gold penned an online defense in May titled “2 percent of Our Customers Really Hate Us.”

“There was this perception where our customers were the underdog and we were the big bad wolf,” Gold said. But, he argued, JustFab could never thrive as a business by acting unethically.

Both Gold and Goldenberg emphasized the savings that shoppers can enjoy because JustFab designs its own products and works with dozens of factories around the world.

For JustFab and ShoeDazzle, about 40 designers work at headquarters in a space circled by high shelves stuffed with shoes and handbags. Both brands have also expanded into apparel.

One floor up, about 15 people design, plan and merchandise for the activewear brands FL2 and Fabletics.

The 120,000-square-foot office boasts the open spaces and scattered seating that now seem like a prerequisite for any startup. Near the lobby, a glass-walled conference room sports a shocking pink wall. In the cafeteria, shipping containers have been turned into wooden booths. Quotes from fashion icons such as Yves Saint Laurent are sprinkled throughout.

One-third of the square-footage is devoted to five studios, which churn out all of the product photos and most of the 35 or so TV commercials that JustFab airs each year. For 2016, $100 million has been earmarked for ad spending alone, Goldenberg said.

In an editing room, a pair of employees labored over an ad featuring Hudson, the face of the Fabletics brand, looking like an athletic California Barbie in bright exercise clothes. Fabletics also has seven retail stores; another 11 are slated to open this year.

Throughout the tour, Goldenberg and Gold emphasized the value passed onto shoppers with such cost-saving strategies like filming your own ads, and getting style and sizing preferences from shoppers when they join as subscribers. The company also recently installed a sample room, allowing designers to quickly hop on trends in a matter of weeks.

“The biggest costs to a fashion company are advertising and obsolete inventory,” Gold said. “We eliminate that waste.”