For Aziz Ansari, ‘Master of None’ and show business are personal 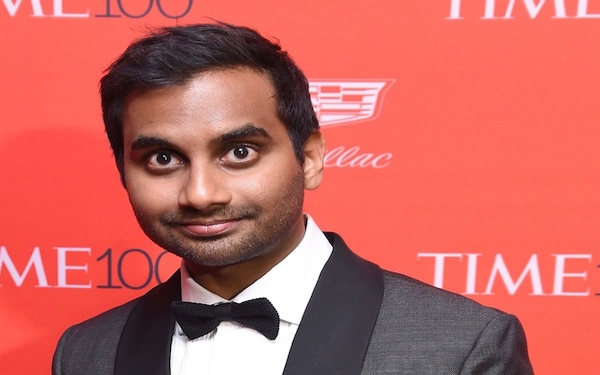 Don’t let the title of his series, “Master of None,” fool you: Aziz Ansari is actually pretty adept at multitasking.

On a recent afternoon in Brooklyn, just days after “Master of None” received four Emmy nominations — three of which went to Ansari for his roles as writer, director and lead actor in the Netflix comedy — the multi-hyphenate was knee-deep in preproduction on Season 2. After a photo shoot at the show’s production offices in Greenpoint, Ansari changed out of his dapper Gucci suit and into jeans, slung a backpack over his shoulders and hailed an Uber to take him to a casting session in downtown Manhattan.

As the car weaved through rush-hour gridlock in the middle of a biblical thunderstorm, Ansari reflected on the success of “Master of None,” in which he stars as a struggling New York actor named Dev who (eventually) falls for a music publicist named Rachel (Noel Wells).

“The first season was about as well received as it could have been,” he said. “We were taken aback.”

While not exactly autobiographical, the series borrows heavily from Ansari’s experiences as the child of immigrants from southern India (his actual parents even star) and a person of color in an industry not always celebrated for diversity. It also reflects his interests in music and, especially, food. Dev was last seen flying to Italy to learn to make pasta, which Ansari did between seasons.

“Young people trying to make it in the big city” may be a subgenre nearly as old as TV itself, but “Master of None” was praised by critics for enlivening the formula with its highly personal take on familiar themes of romance and professional fulfillment.

Ansari created “Master of None” with Alan Yang, a writer on “Parks and Recreation.” On that NBC sitcom set in small-town Indiana, Ansari played Tom Haverford, a public employee with private-sector dreams whose ill-conceived start-up ideas (e.g. an escargot delivery service called Snail Mail) provided one of the show’s most entertaining running gags. The role, a fan favorite, helped push Ansari from alt-comedy darling to mainstream star.

But by the time the series neared the end of its seven-season run, Ansari was “eager to do something where it was more my creative vision,” he recalled. He and Yang began to kick around the idea of a narrative series inspired by his stand-up. With guidance from “Parks and Recreation” creator Michael Schur, they pitched the loosely conceived project to several networks, but ultimately settled on Netflix.

Ansari already had a relationship with the streaming network, which distributed his stand-up special “Buried Alive.” Wary of getting caught in development hell, he was also lured by Netflix’s straight-to-series model and promise of creative freedom.

Aesthetically, the series was inspired less by TV sitcoms than by the cinema of the 1970s — films by the likes of Woody Allen, Mike Nichols, Elaine May and Hal Ashby that pushed the limits of the comedy genre and relied on a more naturalistic, conversational style.

“TV now is so fast, it’s joke-joke-joke-joke. People don’t speak in that way,” said Ansari, glancing at his smartphone to check on traffic delays.

The narrative is similarly loose and inventive, closer to “Louie” or “Girls” than a conventional, tightly structured three-act sitcom. Dev’s friends, played by Lena Waithe, Kevin Yu and Eric Wareheim, show up at irregular intervals because, as Ansari put it, “nobody has coffee with the same three people every day.”

Ansari directed two episodes, including “Parents,” a funny and heartfelt take on the immigrant experience that starred his actual mother and father. “I picked that one because it was very personal,” Ansari said of the episode, which humorously plays up the contrast between Dev’s life of comfortable self-absorption and the profound sacrifices made by his mother and father.

Incisive observations about race and representation have always been a part of Ansari’s act — in an early bit, he reacts to questions about his presumed excitement over the success of “Slumdog Millionaire” by wondering if white people are “just psyched all the time” when they go to the movies.

But in “Master of None,” the topic is more central than ever. Another much-discussed episode, “Indians on TV,” confronts regrettable pop culture portrayals of South Asians and finds Dev explaining why he refuses to do “the accent,” a cliche Ansari has also resisted.

“I’ve become a better comedian, and better at talking about more complicated things,” said the 33-year-old actor, who has also taken his message into other mediums. In June, he wrote an op-ed for the New York Times in which he spoke of the fear he felt for his parents, who are Muslim, as a result of Donald Trump’s heated campaign rhetoric. It went viral.

“I thought maybe it would spread around in the brown community. But no. A lot of people of all races have come up to me about that. I think it’s symbolic of how Trump treats every issue — blames it on a different minority,” he said with a nervous cackle.

“Master of None” is nominated for comedy series along with two other acclaimed, semi-autobiographical comedies that tap into larger social issues, “black-ish,” Kenya Barris and Anthony Anderson’s portrait of an affluent African American family, and “Transparent,” Jill Soloway’s series about a transgender woman and her dysfunctional grown children.

As he’s made the awards show circuit on behalf of “Master of None,” Ansari has found it encouraging to see the likes of Sam Esmail and Rami Malek of “Mr. Robot” on the rounds as well.

“There wasn’t anyone who looked like us at those things a few years ago,” he said. “All these people that normally didn’t get a voice in entertainment have a voice, and so we all want to scream as loud as we can while we have it.”