The Lovers & the Despot: a tale of art, love, and kidnapping in North Korea 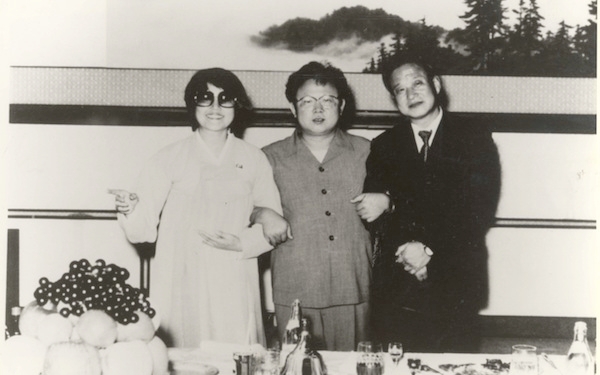 Imagine: you’re an artist waiting to be discovered. You work hard; you start gaining ground, finding a unique voice that the world seems to want to hear more of. You smile, because look at you! You’ve made it and can finally be proud of all you’ve accomplished. And then Kim Jong-Il kidnaps you because he’s your biggest fan. But don’t worry, this isn’t your story; this is the story of The Lovers & The Despot.

Before HBO’s “Vice” showed us what happens when Dennis Rodman is invited to cross enemy lines to ham it up with Kim Jong-Un, there were two other artists who caught the attention of a North Korean leader, one of the most enigmatic, yet masterful power on the world stage.

Their names were Shin Sang-ok and Choi Eun-hee, both stars in the world of the South Korean film industry. Gaining status as a prolific director of his time, Shin was nearly unstoppable—with the exception of occasionally over-spending on his budgets. Choi, on the other hand, was a burgeoning actress with unique charisma that drew audiences, and Shin, to her films. It didn’t take long, after she took the starring role in many of his own works, that the two would fall madly in love and get hitched.

As some love stories do, theirs started to crumble under tension of possible affairs and mad jealousy. But just as divorce started to settle in, an outside force stepped in and expedited the process, first by kidnapping Choi, and then later a worrying and investigating Shin. The culprit was, you guessed it, Kim Jong-Il, and the reason? He just wanted North Korea to have as splendid of a film industry as his Southern neighbors, and he would spend however much money and time necessary to make that happen.

If it sounds a little unbelievable, directors Rob Cannan and Ross Adam thought so too. Even more so, they were astonished to find the story predominantly untapped into, which is pretty wild for one that sounds more like a dark fairytale than a history lesson.

Unsurprisingly, the road to gaining access into the mysterious details of the story was riddled with, well, no one wanting to talk about it, and that’s what makes The Lovers & The Despot instantly remarkable. It took extensive poking and prodding in some of the most unpokable and unproddable corners—the CIA and North Korea—to not only convince Choi, who is the only living subject from the film, that their film would tell her story properly, but also to run into the tapes that Choi and Shin had secretly recorded of their interactions with Kim over their eight-year stint with the Supreme Leader.

First of all, everyone should understand how few of us in any country besides North Korea have actually ever heard Kim Jong-Il speak, let alone candidly with his most prized artistic possessions. Listening to these tapes is simultaneously enthralling and horrifying, as us listeners are finally invited to be a part of a long lost secret, specifically why a whole country is basically held captive away from the rest of the world. It’s because he’s charming, he’s affable and actually seems reasonable enough. The question then becomes whether Shin and Choi grow into victims of Stockholm Syndrome, or if they are the ones masterminding him. It’s a phenomenal untold mystery.

That brings us to our main interviewee, Choi, who is quite the character and clearly still loves to be in front of the camera. She presents herself as the starlet that she used to be, and while she often seems hesitant to relive the more intimate emotional details of her decrepit marriage and then the kidnapping, there is a clear tenderness as well as heaviness that weigh on her fascinating account. Getting to hear about how she managed to record Kim is shockingly simple, but even more so heroic.

An unfortunate pitfall to the larger construction of the film is an air of redundancy. Choi’s testimonies, the playback of the tapes, and the historical footage all becomes stretched out to cover too much time that they don’t need to cover. Rather than a 100-minute documentary that tries to recount a fascinating tale using the same imagery—due to lack of imagery to pull from—The Lovers & The Despot would have flourished in tension and even more antagonizing paranoia if we got a cleaner, leaner edit.

That being said, it’s hard to deny how astounding of a feat it is for Choi to be here to tell us how the late Kim Jong-Il treats someone he admires and how that in turn confuses the filter through which you see the world. Cannan and Adam pulled some remarkable strings to gain access to this whole world, and to be able to welcome us with a peak into the window is a weird, weird treat.

THE LOVERS AND THE DESPOT hits theaters on September 23 in NYC and in Los Angeles.