The No. 1 lie that’s stopping you from going for it 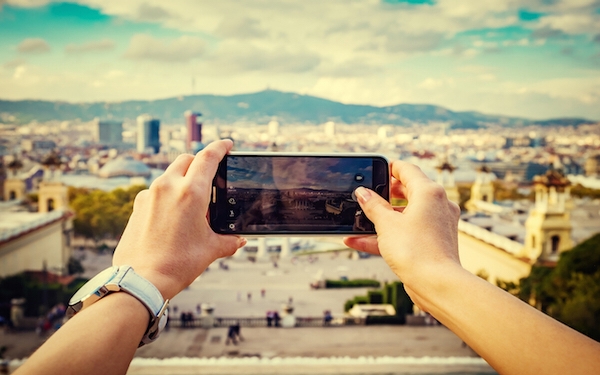 Have you ever felt paralyzed by indecision? Last year, I had a client, Katy (not her real name), who would agonize over any choice she had to make, small or large — from where to eat dinner to whether to stop smoking. The decision-making process took up a tremendous amount of her energy and time. As a result, Katy was often late, irritated friends with her lack of organization, and always got far less done than she hoped.

What caused her indecision? She felt that no matter which actions she took, she was not in the driver’s seat of her life — that life was driving her instead.

But that’s the biggest lie you can tell yourself: that you don’t have control over what happens in your life. That you can’t do or be anything that you want to be.

We have to believe we have power over our outcomes to motivate ourselves.

The good news? It’s simply not true. There’s a secret to getting things done — a way to overcome any feelings of inaction or powerlessness. We have to believe we have power over our outcomes to motivate ourselves.

As Charles Duhigg, Pulitzer Prize-winning author, says in his book “Smarter Faster Better”: “Motivation is more like a skill, akin to reading or writing, that can be learned and honed.”

And the perks of self-motivation are endless. According to Duhigg, you’ll work harder, push yourself more, feel more confident and overcome setbacks faster. Plus, he writes, “people who believe they have authority over themselves often live longer than their peers.”

Here’s what can you do today to get more motivated, even when you’re uncertain or fearful about taking action.

Maybe you got a great job right out of college. Perhaps you ended an unhealthy relationship, even though it hurt. Or you moved to a new city and created a whole new life for yourself.

Reflecting on past wins fuels future success because it reminds you of the competence you already possess. It’s proof you can make big choices. You’ve already proven your personal power, so stop hesitating.

2. LISTEN TO YOUR INNER VOICE.

A friend of mine (who refuses to meditate) speaks of a “niggling feeling” when something feels off. It guides her decision-making at work and in relationships. That’s her intuition! Take some time to tune into yours. What does it tell you? Pay attention. It’s like having an on-demand mentor at your side, silently guiding you. The more you listen, the louder it gets.

If you have to make a decision that’s scaring you, keep asking yourself this question until you get to bottom of it. Katy was worrying over whether to proactively pursue a promotion in the firm where she worked. Her biggest fear: not getting it and having to leave the firm. So we did the following exercise.

— OK, say you go for the promotion and don’t get it. Then what?

— I’ll be so disappointed.

— I will feel miserable and like a failure — like I am not good enough to get ahead.

— I will probably feel really dissatisfied in my current job.

— I will want to look around for a new job soon. I think?

— I guess I’ll have to look up some career sites and see where old colleagues are working.

— I don’t know. Contact some people I know. Maybe see if they have openings. *Long pause.*

Actually, one guy I used to work with sent me an email a couple of weeks ago about an opening in his team. I could get back to him now and just ask! *Face brightens up a little.*

Then we brainstormed who she knew outside of her current company (for a confidence boost) and shifted gears to talk about how to approach a promotion with her manager.

Successful people believe in their ability to design, shape and change their lives. They believe they can produce anything from a fun party to space travel. They’re motivated to action because they assume the driver’s seat in life. That’s it. Success demystified. The best news? As Duhigg says, it can be learned.

And think about it: We have control over so much. We can control whether we give our best at work. We control whether to build a bigger professional network or shoot for a promotion. We decide to stretch ourselves each day or to settle for complacency. We control how we treat others. And one thing we can all always control is our effort.

Which way do you want to live? The power’s yours.