The 100 percent rule: The simple advice that changed my life 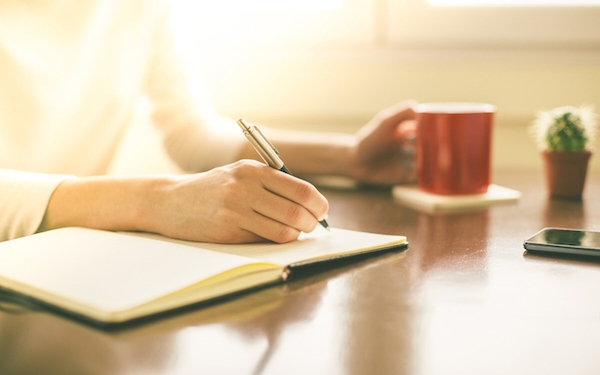 I have a friend who quit eating sugar two years ago. When we go out to eat, I almost always get dessert. “Will you have a bite?” I ask, testing her. “No thanks!” She always responds with ease and indifference. Must be so hard for her to turn down a beignet every single time — right?

Put simply, it’s far too easy to waste our time, money and energy by not committing wholeheartedly to something important to us. We intend to start blogging (for real this time), but keep getting distracted. We spend way too much money on clothes when we try to cut down on online shopping.

But it’s our well-meaning “99 percent effort” that is exhausting. It consumes energy without producing results. It’s stressful. It makes us feel like a failure when we’re not — we just haven’t fully committed to something. Putting 99 percent effort into things that matter in life means we are constantly falling short of our potential — and feeling bad about it.

When I was at a conference earlier this year, I heard a statement I knew would change my business. I later realized it would also change my entire life.

The statement? Ninety-nine percent is hard — 100 percent is easy. Or as Jack Canfield, the best-selling author of “The Success Principles,” puts it (in slightly more aggressive terms): “99 percent is a b*tch. 100 percent is a breeze.” Take a moment to let that sink in.

Then consider the following individuals: my sister, who is a strict vegan; my neighbor, a six-time New York Times-best-selling author; and a comedian who publishes a new YouTube video every week without fail. No exceptions or breaks or excuses.

Is it hard? Maybe when they first got started. But now my sister knows exactly which foods to buy, where and how to cook them. The author writes every single day, not just when he feels inspired. The YouTuber is constantly learning new skills, researching and developing new routines, each one better than the last.

If something is tugging at you and has been over time, you’ve probably been “99-percenting” it too long. Here’s how to finally give it your all.

1. IDENTIFY EXACTLY WHAT NEEDS 100 PERCENT OF YOUR ATTENTION

Your writing? Your photography? A side-hustle idea that has been percolating for a while but requires action? A habit you need to quit altogether — online shopping, drinking soda, even seeing a certain toxic person?

Not everything in your life needs 100-percent effort. But your heart always knows what truly does. You don’t have to go crazy and commit to a million projects or banish everything fun from your life. Your “100 percent” right now is probably just one thing. What is it?

2. PUT IN THE EFFORT

Commit to writing for one hour per day, seven days per week. Pinpoint exactly how to make your first sale for your side hustle (you can do it)! Delete your online shopping accounts, throw out the soda or end that relationship once and for all. And don’t look back.

For me, I came to realize that my 100 percent was finishing my book. I had been going at it 99 percent for two years, and after hearing this advice, I finally finished it — in just two months. It wasn’t easy, but it was easier than thinking about my book on the subway, on vacation, when cooking and when out with friends. Now it’s complete.

When I shifted gears to 100 percent, there were no decisions to make. It was write or die!

True happiness is the joy we experience when we move toward our potential. The beautiful part is when we apply the 100 percent rule to a task at hand, we complete it. A project gets wrapped. A once-hopeful intention becomes a habit. A goal is met.

It then frees up adequate mental space for the next priority to become clear, since we’re not plagued by guilt about other multiple half-assed projects. And when we give 100 percent, other not-as-important stuff falls away in the meantime: It’s an awesome perk to an already pretty-awesome rule.

Why do some people succeed over others? Because they commit completely to something. If you know anyone who is self-made and grew their wealth over time, you know they are not half-assed about their investment strategy. If someone writes best-selling book after best-selling book, you know they’re not sitting down to write now and then, or whenever they feel like it. If you know someone who’s built up a loyal YouTube following, you know they’re continually making the effort to put out new, unique content.