The top 10 October books to give you fall feelings 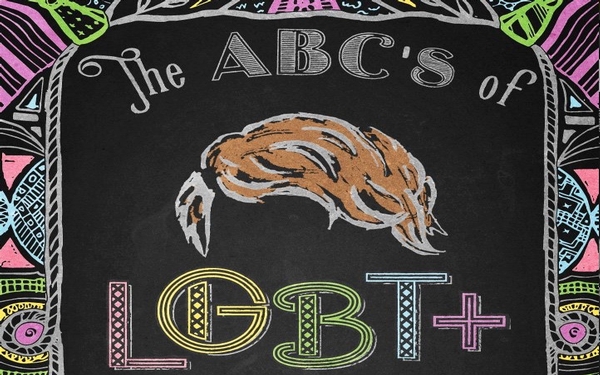 October is finally here! Which means fall is officially here, with orange and yellow trees lining the streets, pumpkins gracing every doorstep, and apples turning red on their branches. It also means Halloween, which is the best holiday ever.

Because October is so great, there are tons of awesome books getting published this month. From creepy reads to preemptive Christmas-themed romances, October is shaping up to be a reader’s dream. There’s also no better time of year to snuggle up on the couch with a good book, pumpkin spice latte in hand.

For a little autumn reading inspiration, here are 10 of our favorite new releases hitting shelves in October:

This is the 25th book in Hamilton’s successful series about vampire hunter (and vampire lover) Anita Black. Seriously: Twenty. Five. Books. And each one is better than the last, which is why we can’t wait for “Crimson Death” to hit shelves. This time the focus is on Anita’s vampire servant Damien, who’s forced to confront his past in order to help Anita stop a horde of rogue vampires.

Semple follows her best-selling “Where’d You Go, Bernadette?” with a novel about a woman on the brink who’s determined to make it all work. Today. But when everything falls apart, she’s forced to confront the past, some buried secrets and just what it means to “have it all.”

Though only 25, Graceffa is already a best-selling memoirist and a YouTube star who’s beloved by millions. In his first work of fiction, he’s created a young adult world where the earth is destroyed and the remaining humans live in the protected Eden. But population control is strict, making Rowan — a second-born child — an outlaw who must be kept hidden from authorities. Desperate to experience life, Rowan “escapes” her home, only to face the harsh realities of a world that she was never supposed to be born into.

Detective Antoinette Conway is new to the Murder squad and is having a hard time with the department’s pranks, harassment and general disdain. When she gets assigned to a new case, she’s pressured to solve it fast and simply. But Antoinette knows there’s more to the murder of Aislinn Murray than an angry boyfriend, and she’s determined to figure out the truth.

Riordan is the reigning-king of adventurous middle grade novels, and his latest is a continuation of his new “The Hammer of Thor” series. With Thor’s hammer missing yet again, Magnus Chase and his rag-tag group of friends have to find it before all hell breaks loose, which unfortunately means dealing with Loki, the ultimate trickster of all.

Known for her heartfelt contemporary novels, Weiner tackles creative nonfiction in this smart — and just as heartfelt! — collection of essays. Weiner isn’t one to shy away from speaking her mind, and this collection pries deep into her experiences as a writer, a mother, a wife, a daughter and everything it means to be a modern woman.

The previous two books in Banks’ “The Enforcers” series were scorchingly hot, so we have high hopes for Kept. Drake and Evangeline have already been through so much, and their relationship is definitely not smooth-sailing. Kept promises some answers to Drake’s behavior, as well as a deeper look into his dark and mysterious world.

We know that fans of Lu are dying to get their hands on this thrilling conclusion to her popular “A Young Elites” series. Adelina Amouteru has never been an easy character, which is largely part of her appeal. That darkness is still present, fueled by her success, and (along with some unforeseen dangers) threatens to take her over in this final installment.

What’s even better than a Nora Roberts novel? Two of them! Which is what you get in this charming Christmas romance set from the most popular romance writer around. In “All I Want for Christmas,” two young twin boys are determined to find a new wife for their single dad, while in “First Impressions,” two new neighbors find it impossible to stay away from each other.

Just like Graffeca, Mardell also has a YouTube channel, this one devoted to LGBT+-related topics, fun challenges or just interesting aspects of her life. In her nonfiction book, Mardell dives into the, well, ABC’s of everything LGBT+. Aimed at teens, but meant for readers of any age, this charmingly informative book is filled with personal stories, resources and important answers to questions that anyone has about what it means to live in a post-binary world.