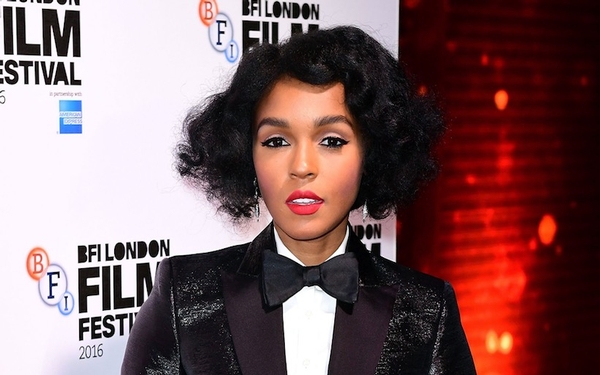 “I’ve never looked at myself as a musician or singer,” said Janelle Monae, though her six Grammy nominations since her 2010 debut album, “The ArchAndroid,” might suggest otherwise. Rather, she self-identifies as a raconteur expressing narratives often ignored or unknown to others. Some might say that’s why she’s been labeled a visionary, for her Afro-futuristic, sci-fi-flavored musical catalog that is as R&B as it is art rock as it is funky soul. Following the creation of her own record label, Wondaland Records, with her latest venture into Hollywood as an actress, a role in Barry Jenkins’ “Moonlight,” Monae’s looking to transpose her unique sensibilities to film.

“I’ve always looked at myself as a storyteller, an artist-storyteller who wants to tell unique, untold, universal stories in unforgettable ways,” she said. “I have been excited about doing that with music, and I’m excited to do that with film.”

Monae, 30, stars in “Moonlight” as Teresa, the girlfriend of Juan (played by Mahershala Ali), a Miami drug dealer who comforts a young boy named Chiron fleeing from schoolyard bullies in the city’s rough Liberty City neighborhood. The pair become the kid’s surrogate parents as he grapples with his gay identity in a world that says he shouldn’t be gay at all. This is why the role was perfect for her Hollywood debut, Monae said. And, as a graduate of the American Music and Dramatics Academy and former community actor, it was a return, of sorts, to her roots.

Ahead of the film’s release, The Times spoke with her about her “Moonlight” role, being an ally for the lesbian, gay, bisexual, transgender and queer community and her hopes for the flick.

What was your initial response to the “Moonlight” script?

I had been sent a lot of scripts by my agent and they were just not right. When “Moonlight” came, I was completely blown away. I had a strong visceral reaction to it — I cried, like two to three times. I was just so proud and happy that finally we were going to have a film about the young, poor, black, gay male experience. I had never seen or read the story of “Moonlight” anywhere else. The nuances that it has about all of the characters, I had not seen. Finally, I thought, we were going to be looked at as not monolithic or one-dimensional but complex, complete human beings.

Why did you gravitate toward the role of Teresa?

Being an ally to the LGBTQ community, I felt like the role was perfect because that is exactly who Teresa represents to Chiron as he is coming into his sexual identity and trying to make a decision on if he’s going to accept himself for who he sees himself for being or if he’s going to continue to hide. Because his mother, played by the incredible Naomie Harris, cannot be there emotionally to give him the support he needs, I’m a nurturer to him, a listener, and that was the main thing that I wanted to make sure I was doing, giving an example for those who don’t quite know how to support someone finding their sexual identity.

Did you create a backstory for your character?

When I read the script, I felt like I had crossed paths with each character. I had people in my family just like Juan, a drug dealer but mentor in the community; like Paula, who are still struggling with drug addiction. I had and still have little boys in my family who are struggling with their sexual identity, just like Chiron, and I had a Teresa, a young aunt or older female cousin who was just there to help comfort us in times of emotional instability as we’re trying to figure out life and figure out what it means to be a woman or to be gay or what it means to be young, black, wild and free in America. I knew that Teresa was a mentor, and I pulled from certain women in my life who had been mentors for me and used that as ammunition to fire off on some of her personality traits.

What about “Moonlight” makes it the best film for your acting debut?

Because it’s so much bigger than me. I know and I hope and pray that some young boy struggling with his sexual identity or some girl struggling with her sexual identity will watch it — and maybe when they came in felt alone, but when they leave they feel less alone. They feel like they see themselves, like their story is highlighted and they’re not an outcast or “the other” anymore.