John Oliver on Donald Trump: ‘He is not normal’ 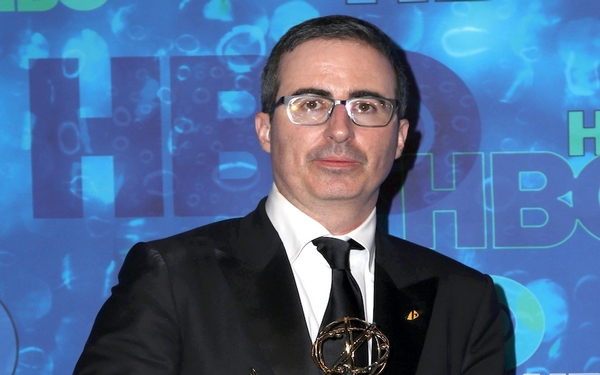 During its first three seasons, “Last Week Tonight” and host John Oliver have never shied away from going after Donald Trump with both barrels.

But how would last week’s election and subsequent victory for Trump change things on the weekly late-night show known for its pointedly liberal intelligentsia?

Not much, it turns out.

In Sunday’s episode, which also served as the third-season finale, Oliver dissected Trump and America, examining how the country got to this juncture and where those horrified by the election go from here.

Throughout the episode, Oliver charted the mind set of the average non-Trump voter, shocked by the election results. While said voters found brief moments of reprieve, according to Oliver, the grim reality, of President-elect Trump shaping the Supreme Court and having access to the nuclear codes, is starting to set in.

Oliver made a chilling point about taking Trump at face value regarding his claims about building a wall or deporting immigrants or suing the media.

“While some are arguing that Trump may not have meant all those things, that leaves us with two devastating options,” he said. “Either we just elected a president who didn’t mean a single word he said or we elected one who did.”

Though Oliver is all for accepting the results of the election, he maintains that people should beware the normalization of the things that Trump has said and done.

“He is not normal,” Oliver said. “He is abnormal.”

Oliver also looked at the forces that brought the country to this point, namely the media.

While Oliver acknowledged that the mainstream media bore some responsibility for treating Trump as entertainment instead of a legitimate candidate, he also pointed out good reporting done throughout the election.

Much more influential than the mainstream media, Oliver found, was social media. On Facebook, fake news runs rampant, a trend that Trump himself engaged in on several occasions, Oliver said.

In one case, Trump was called out by Bill O’Reilly for spouting false numbers about gun violence and another time by Chuck Todd for claiming that a man who attempted to attack him had ties to Islamic State.

Each time Trump was confronted, he shrugged off the inaccuracies of the claims, saying that he had heard it somewhere else, be it online or on the radio.

Oliver viewed that indifference to fact as key to Trump’s victory, saying, “He came along and told millions of people, ‘Every crazy email you’ve ever forwarded was true.’”

But it was clear Oliver and “Last Week Tonight” wanted to end the show on something more positive, specifically, what people could do if they were feeling helpless in the wake of the election results.

First, he dismisses the notion of fleeing the country for Canada.

“Literally the only excuse to ever migrate to Canada is if you were born there originally (or) it’s springtime and you are a goose.”

Instead Oliver encouraged viewers to donate to organizations that could be under attack from the upcoming administration, including Planned Parenthood, Natural Resources Defense Council and the International Refugee Assistance Project, among others.

The host also implored viewers to keep their legislators accountable and to vote during the midterm elections, as well as subscribe to quality news outlets so they can continue to provide the accountability journalism the culture demands.

HBO has made the entirety of the episode available on YouTube. Be aware that it does contain racy language in line with what one might find on a premium cable late-night show.