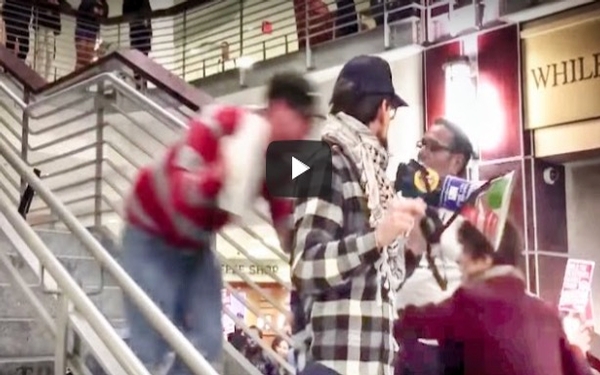 As protests popped up across the country after Donald Trump won the 2016 presidential election last week, Columbus has not been immune. The past week has seen multiple protests, both on and off campus. Locally, protests have not been violent — until Monday evening.

During a protest that ended up concluding in the Ohio Union, an anti-Trump protester was tackled while he was delivering a speech. The protester, who appears in court documents as Timothy Adams, was knocked down from where he was standing on the steps leading to the second floor.

Multiple emails have been sent from university administrators to students and faculty regarding the disturbances surrounding the election.

“We protect First Amendment rights actively, but we do not under any circumstances tolerate intimidation or threats to students, faculty, staff or visitors to our campus,” said University President Michael Drake in one such email sent on Saturday evening.

The student who tackled Adams, Shane Michael Stanton, was arrested and placed under indefinite suspension from Ohio State, said Gerard Basalla, Undergraduate Student Government president and a fourth-year in political science and strategic communication.  Read more about this story at The Lantern at OSU.