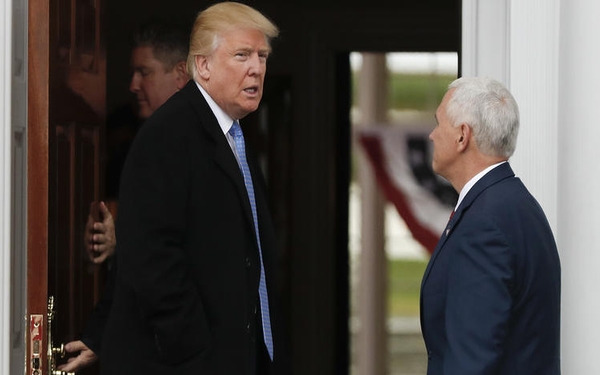 President-elect Donald Trump has received two classified intelligence briefings since his surprise election victory earlier this month, a frequency that is notably lower - at least so far - than that of his predecessors, current and former U.S. officials said.

A team of intelligence analysts has been prepared to deliver daily briefings on global developments and security threats to Trump in the two weeks since he won. Vice President-elect Mike Pence, by contrast, has set aside time for intelligence briefings almost every day since the election, officials said.

Officials involved in the Trump transition team cautioned against assigning any significance to the briefing schedule that the president-elect has set so far, noting that he has been immersed in the work of forming his administration, and has made filling key national security posts his top priority.

Read more about this story via The Chicago Tribune here.