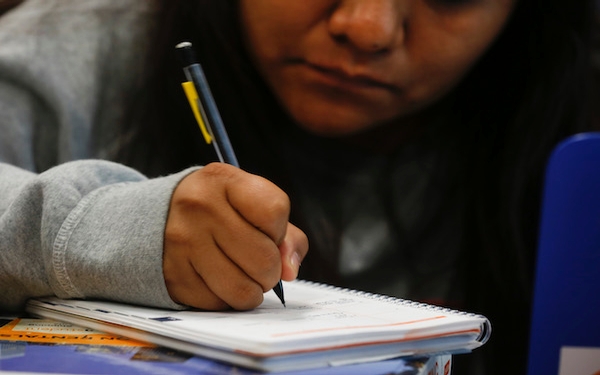 The University of California announced sweeping actions Wednesday to protect its students who came into the country illegally, saying it would refuse to assist federal immigration agents, turn over confidential records without court orders or supply information for any national registry based on race, national origin or religion.

“While we still do not know what policies and practices the incoming federal administration may adopt, given the many public pronouncements made during the presidential campaign and its aftermath, we felt it necessary to reaffirm that UC will act upon its deeply held conviction that all members of our community have the right to work, study and live safely and without fear at all UC locations,” UC President Janet Napolitano said in a statement.

In what she described as a statement of principles, Napolitano said UC would “vigorously protect the privacy and civil rights of the undocumented members of the UC community” in ways including:

—Campus police will not assist local, state or federal agents to investigate students for violations of federal immigration law.

—Police also will be told not to contact, detain, question or arrest individuals solely on suspicion of immigration violations.

—UC will continue to admit all eligible students without regard to immigration status and take the same stance in treatment of patients at its medical centers.

The actions came a day after Napolitano and the heads of the California State University and California Community Colleges sent a joint letter to President-elect Donald Trump urging him to allow students without legal status to continue their educations. Trump, during his campaign, had said he would reverse an Obama administration program that deferred deportation proceedings against certain young people who stayed in school and out of trouble — a program Napolitano created as Homeland Security secretary.

That program has helped nearly 720,000 young people nationally and 214,000 in California apply for work permits and continue their studies without fear of deportation.