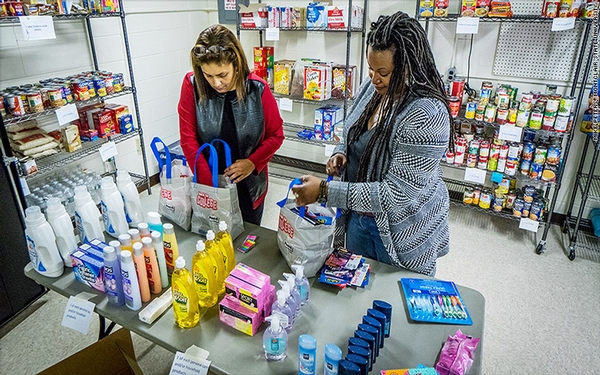 Montclair State University's food pantry is tucked away down a maze of hallways in the student center. Like the hunger problem on campus itself, the pantry is not quite out in the open.

It opened on the New Jersey college's campus in April, after administrators started hearing from students who said they were hungry and didn't have enough money for food. They surveyed students, finding that more than half said they or someone they know experiences "food insecurity" -- the lack of access to affordable, nutritious food.

On one Thursday in December, 33 students visited the food pantry, taking what they need to help make ends meet. They left with bread, cereal, milk, spaghetti, canned vegetables, as well as personal items like shampoo and soap.
Powered by SmartAsset.com

"Even if you don't hear about hunger being a problem, there's probably a population on campus in need," said Megan Breitenbach, a student who volunteers at Montclair State's pantry.

The number of food pantries on college campuses is exploding. While there's no official count, membership in the College and University Food Bank Alliance has quadrupled in the past two years. It currently has 398 members. For more, visit CNN Money.