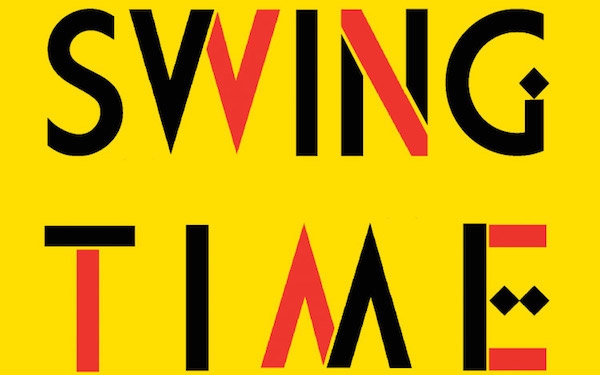 Mass hysteria takes center stage in "The Fever." Reminiscent of the recent film, The Fits, Megan Abbott’s writing is so visceral, the story feels like it really happened.

There aren’t too many American thrillers with an Asian bent, leaving a gap filled nicely by Steph Cha. A native Angeleno, Cha’s "Follow Her Home" riffs nicely on ground tread by Philip Marlowe.

Louise Welsh continuously blows my socks off. "Naming the Bones" is no exception. Pick it up and watch your weekend melt away.

Dread permeates Peter May’s "Coffin Road." Imagine waking up on a beach with no memory of who you are. Chilling.

A kind of sequel to her era-defining anthology "Darkness," Ellen Datlow’s "Nightmares: A New Decade of Modern Horror" brings together the venerable editor’s picks for the best tales of terror of the last ten years. Old masters like Gene Wolfe are represented alongside younger favorites like Robert Shearman and Livia Llewellyn, with a slew of stories to get under your skin.

Always ambitious, Zadie Smith bends language like a blacksmith forging a curlicue out of an iron rod with "Swing Time." From London to West Africa, the journey will keep you riveted.

Ann Patchett writes effortlessly, the way everyone imagines they could write, if only they had the time. "Commonwealth" continues her winning streak, begun by "Bel Canto."

Funny enough to make you wince, Gayle Forman’s "Leave Me," is a perfect read for anyone who has ever felt overwhelmed by their life and ready to make a run for it. A sort of inverted story of wish fulfillment, this novel will make you take stock of your own choices.

"The Excellent Lombards," by Jane Hamilton, follows a girl torn between the life her family has led for generations and the chance to make her own life. The give and take between those two choices transcends time.

In Kea Wilson’s thrilling debut, "We Eat Our Own," a young American actor is whisked off to the Amazon to star in an Italian horror director’s mysterious new film. But the cast and crew soon find themselves in over their heads as this artistic experiment goes very wrong.

Jonathan Lethem’s latest novel, "A Gambler’s Anatomy," follows a professional backgammon player who believes himself to be psychic, but who has hit a patch of bad luck, with a literal blind spot and a tumor on his face. It’s another genre-blending dazzler from Lethem.

With pyrotechnic prose, Paul Beatty delivers a scathing, of-the-moment satire on America’s racial legacy in "The Sellout," which follows an African-American man who attempts to reinstitute segregation in his L.A. neighborhood. The result is the only American novel to ever win the U.K.’s Man Booker Prize.

For anyone who thinks sci-fi is just a bunch of rockets and robots, do yourself a favor and check out "The Best American Science Fiction and Fantasy 2016." Guest editor Karen Joy Fowler assembles a lineup of authors that blur the line between literary and genre fiction, from Salman Rushdie to Kelly Link and Arrival author Ted Chiang.

One of America’s funniest writers, Carl Hiaasen delivers another rogues gallery of misfits and scammers in "Razor Girl." Detective turned health inspector Andrew Yancy is looking to solve a high-profile case that’ll get him back on the force. But first he’ll have to contend with everything from a redneck reality-show star to giant Gambian rats.

"SPQR," by Mary Beard is so smart you will want to quote it. The story of the rise of Rome is recounted like good fiction.

The definitive resource for devotees of the "Thin White Duke" Nicholas Pegg’s "The Complete David Bowie" is out in a newly revised edition that delves into the nitty-gritty of the rock legend’s entire career, including his final album, released just days before his death. This book is essential for fanatics looking for a history and analysis of Bowie’s wide-ranging output.

Whether you’re looking for the ultimate travel guidebook or just want to vicariously experience the world’s quirkiest places, "Atlas Obscura" is for you. This massive, beautifully photographed overview of off-the-beaten-track destinations will renew your sense of wonder with the world.

In the slim but punchy "Thrill Me," Benjamin Percy ("The Dead Lands") takes a page from Stephen King’s "On Writing," combining memoir and writing manual, and drawing on everyone from Tarantino to Chekov to illustrate his lessons. It’s a master class in exploiting the best of both the genre and literary approaches to storytelling.

Starting with The Velvet Underground, New York has been a hotbed for the grittier, cutting-edge side of rock ‘n’ roll. In "New York Rock," Steven Blush traces NYC’s many rock scenes, from the birth of punk to the fall of CBGB, in an oral history told by the rockers themselves.

"The Diary of a Teenage Girl" is a graphic memoir so true as to be painful. Phoebe Gloeckner’s willingness to lay herself completely bare is an act of pure courage.

Liz Prince’s classic, "Tomboy," makes use of the graphic novel form to great affect. Confusion and awkwardness are illustrated so precisely that you can’t help but relate.

One of the best graphic memoirs going, Mimi Pond’s funny account of working at a diner in the Bay Area, "Over Easy," is strikingly specific. The characters drawn, both figuratively and literally jump off the page.

Unlikely material has always paired well with the graphic novel (Maux, Persepolis) and Sarah Glidden’s "Rolling Blackouts" is no exception. Her “dispatches” from the Middle East are poignant and insightful.

Julia Wertz’s "Museum of Mistakes" is an early comic, not written for public consumption. Perhaps because of this fact, the self-consciousness of the work is especially low. And that’s a good thing.