What the Weeknd and Bruno Mars share, and how they part ways significantly 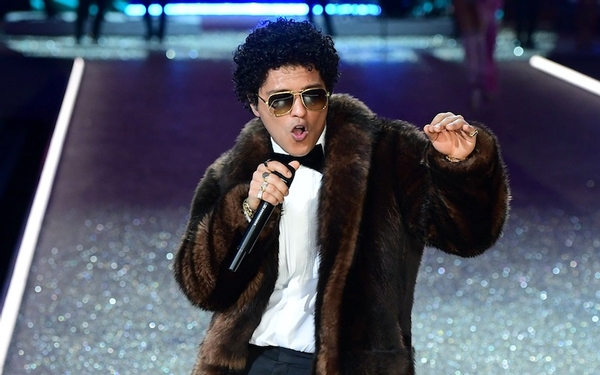 Bruno Mars and the Weeknd keep turning up in the same spot.

There they were recently at the American Music Awards, each performing the opening title track from his new album. Before that, the two appeared at the MTV Europe Music Awards, where they did the same songs they did at the AMAs: Mars’ “24K Magic” and the Weeknd’s “Starboy.”

Theme-wise, the tunes don’t share much. Mars has referred to “24K Magic” as “the invitation to the party” that is his third studio record, while “Starboy” begins with the Weeknd admitting, “I’m trying to put you in the worst mood.”

Sonically, though, they point clearly in one direction, and that’s toward the 1980s, an era that serves as one more meeting place for these young artists fluent in the history of soul ‘n’ pop. On their albums, both released recently, Mars and the Weeknd make expert use of the decade’s signature sounds and textures, albeit to largely different ends.

For Mars, revisiting the ‘80s is a way to demonstrate the breadth of his knowledge and to put the older portion of his audience at ease. For the Weeknd, it’s a means of softening a harsh worldview that’s brightened only slightly since he became one of music’s biggest stars.

Yet the albums stand side by side as perhaps the most gorgeously detailed of the year, testaments to each man’s deep belief in the power of style. Is it any wonder they both sat for recent softball interviews — Mars with Lara Logan of “60 Minutes,” the Weeknd with Zane Lowe of Apple Music — in recording studios stuffed with the gear they’ve mastered?

“We out here dripping in finesse,” Mars sings on his album, and he’s not overstating his skill.

Nor is he telling us anything new. Since he emerged in 2010 as a writer, producer and guest vocalist on hits including B.o.B.’s “Nothin’ on You” and Travie McCoy’s “Billionaire,” Mars has shown uncommon precision as a record-maker, taking up any number of genres — from doo-wop to reggae to garage rock — and getting each of them just right.

But although he certainly looked to the past on his first two albums, neither felt as thoroughly retro-minded as “24K Magic,” which touches on Zapp’s squirmy electronic funk (in the talkbox-equipped title track), New Edition’s tender R&B balladry (“Versace on the Floor”) and the bouncy new jack swing of Guy and Bobby Brown (“Finesse”).

You can look at this targeted revival as the singer’s strategy for continued success, given that “24K Magic” follows his Grammy-winning Mark Ronson collaboration “Uptown Funk,” by far the biggest song of Mars’ career — and one that shamelessly echoes Prince’s early ‘80s Minneapolis sound. There’s no doubt that Mars, who’s played two Super Bowl halftime shows since 2014, is determined to stay in the big tent.

Yet the care he puts into his intricate re-creations gives the music an energy you don’t get from other throwback specialists. He truly sweats the small stuff.

The Weeknd, in contrast, maintains his trademark chill on “Starboy,” another dispatch from the gloomy sex-and-drugs underworld he’s been describing since he broke out five years ago with a series of mysterious mixtapes.

“I’ve been poppin’, just took three in a row / I’m down to do it again, I’m on a roll,” he sings in “Party Monster,” an indication that celebrity hasn’t exactly satisfied his desire to zone out. Later, in “Ordinary Life,” he declares with zero worry in his voice, “Valhalla’s where all the righteous are led / Mulholland’s where all the damned will be kept.”

Behind those dead eyes, though, is a musical mind no less obsessive than Mars’, as you can hear in the slowly building “Love to Lay” and “A Lonely Night,” with its painstaking blend of crisp disco guitar, muscular funk bass and creamy falsetto backing vocals.

“Secrets” is even more elaborate — it samples Tears for Fears’ “Pale Shelter,” cribs a chorus from the Romantics’ “Talking in Your Sleep” and conjures the haunted sensuality of Fleetwood Mac circa “Tango in the Night.”

Like Mars, the Weeknd isn’t new to this level of craftsmanship: “Beauty Behind the Madness,” his smash 2015 album, has a similar gleam. But here the more pronounced ‘80s fixation does some of the humanizing work that the singer seems uninterested in doing with his lyrics.

In “A Lonely Night,” for instance, he’s warning a woman against getting attached to him following a one-night stand. “There’s nothing between us,” he insists, which you can bet would sound a lot colder if he weren’t channeling Michael Jackson.

The Weeknd gets even closer to classic Jackson in “I Feel It Coming,” a gently thrumming midtempo number produced by Daft Punk in the manner of “Human Nature.”

“You’ve been scared of love and what it did to you,” he sings, promising protection from exactly the type of guy he’s long made himself out to be. “You don’t have to run, I know what you’ve been through.”

Talk about a smooth criminal.