Q&A with R. Kelly: He’s ready to talk about Christmas — but not allegations 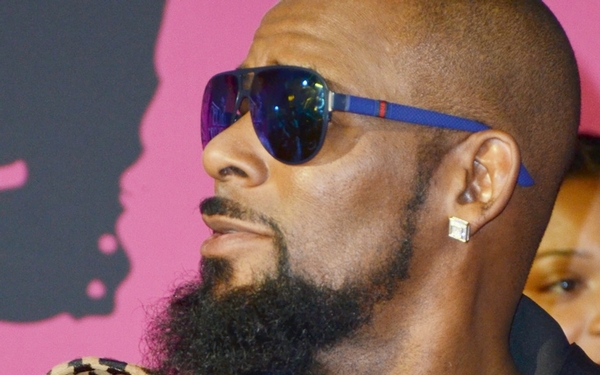 You have to hand it to R. Kelly and his unflagging salesmanship.

Even as his publicist jumped on the line to abruptly cut off our phone interview last week, the infamous, resilient R&B singer still got in one last plug for his new album, “12 Nights of Christmas,” which he’s promoting on a concert tour.

“What would you say to people who believe you are the last person who should be doing a Christmas album?”

“I would say, ‘(The album) is out. Go get it!’” Kelly quickly interjected. And then the line went dead.

The cutoff came within seconds of the questions veering toward the many documented accounts of Kelly having sex with underage girls, which he has vehemently denied, and of charges that he made child pornography, for which he was acquitted in a 2008 criminal trial.

A routine song-and-dance that journalists and publicists play when performers with legal troubles commit to an interview, we had to agree to only ask questions pertaining to his upcoming show and music. It was an uncomfortable compromise, since the elephant in the room would loom as large as Trump Tower in Chicago, where Kelly, 49, has lived in recent years.

Given the fact that Minneapolis’ biggest historic theater is welcoming Kelly — and there are many fans who believe in his innocence, or don’t care — it seemed worth hearing him out even with those stipulations. After all, he was one of the top-selling R&B acts of the 1990s. Even his recent albums, “The Buffet” and “Black Panties,” have sold relatively well.

Also, there were ways of staying on the promised topics without completely ignoring the elephant. Here’s an edited-down transcript of the interview.

Q: Since I’m in Minneapolis, I have to ask what Prince meant to you, and if you have any stories of meeting him.

A: Prince meant the same to me as he meant to the world, man. Everybody loved Prince. He was very undeniable. I did meet him at a club once, and we hung out for about 15 minutes. We talked about nothing but music. That’s my memory of him. He will always be in my heart, because the music lives on.

Q: What can we expect of your show?

A: People wonder if it’s just going to be all Christmas songs. I wouldn’t be able to get away with that. There would be a bunch of chairs thrown at me if I don’t do some “Bump n’ Grind,” “12 Play,” “Ignition” and all that. I’m definitely doing my catalog, but I’m going to be throwing in songs from my “12 Nights of Christmas” album in the midst of it. There’ll be a Christmas set and a production. It’ll be a lot of fun.

Q: Going from “Black Panties” and “The Buffet” to a Christmas album might seem like a strange transition to a lot of people, but I’m guessing it wasn’t strange for you.

A: I never thought of it as a transition. Just like in life, we all do regular things, and then when Christmas comes around we start shopping and setting up the lights, and we bring out the Nat King Cole albums and the Christmas songs. People forget that I’m human, and I grew up on Christmas music just like everybody else. It’s my favorite time of the year.

Q: Songs like “My Wish for Christmas” have timely lines given the chaos in the country (i.e., “Love conquers hate”). Do you feel that timeliness?

A: Absolutely. It’s always a good year for putting out stuff that’s positive and feels good. People in the world may have forgotten sometimes what it’s like to feel good and positive. As a songwriter, it’s my duty to continue to remind people it’s not all about hip-hop and R&B and sex songs.

Q: You still did include some sex songs. What do you find sexy about Christmas?

A: I had to still keep it R. Kelly, but also respect the classiness of Christmas. But make no mistake about it: People make love on Christmas just like they make love the day after Christmas, New Year’s and everything else. So it’s just me writing about life, not disrespecting Christmas.

Q: Your song title “Mrs. Santa Claus” made me think of a sweet ol’ lady with glasses and a red apron, but you obviously were thinking of something else.

A: If you look at this new commercial — I forget what it’s for — you see this young Santa Claus, and he has got on jeans and he’s all swagged out with a gold watch, earrings and two girls on the side of him. I love that commercial. Times have changed, and people upgrade and look new and fresh. That’s the same thing I do. I just decided to give it a younger feel. Mrs. Santa Claus and Santa Claus had a mother and father. They made love, and Santa was born, and he married Mrs. Santa Claus. Somebody made some love there!

Q: Since there’s a wholesomeness to Christmas albums, people might wonder if this is an image thing with you. Did you think about how doing this album might fit your image?

A: I don’t really pay attention to that stuff when it comes to doing any types of songs. I do what’s in my heart, and that’s what makes a true artist. You don’t get into the politics of anything.

Q: But what would you say to someone who knows all the various allegations that have been thrown at you over the years, someone who thinks you’re the last person that should be doing a Christmas album?

Q: Even after all the sexual charges against you, you really haven’t toned down the explicit sexual content of your other albums. Have you thought about that or wrestled with that at all?