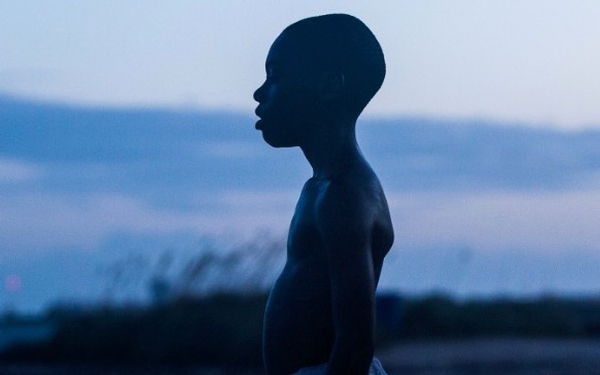 To interpret cinema through the lens of current events has long been the critic’s prerogative, challenge and occasional Achilles’ heel. But by the end of a year like 2016, it also felt like an obligation.

When the elegant, mind-bending sci-fi thriller “Arrival” opened Nov. 11, three days after the most painfully divisive presidential election in recent memory, it was widely embraced as a movie of the moment. In the skilled, empathetic hands of director Denis Villeneuve, the story of a UFO invasion took on the solemnity of a pre-apocalyptic warning: a bracing look at the dangers of xenophobia and a hopeful defense of cross-cultural empathy.

“We need to be talking to one another!” insisted Amy Adams’ heroine, a linguist tasked with decoding the visitors’ otherworldly tongue. She might well have been speaking to Americans across the political spectrum, especially those who suddenly found themselves regarding the other half of the country as a hostile alien species, and who were left uncertain how to engage, or whether to engage at all.

So many of the year’s noteworthy films seemed to initiate a similar line of inquiry — to speak to the difficulties of human connection in moments of great social and political confusion. “O.J.: Made in America,” a nearly eight-hour ESPN documentary that was shown in theaters, offers a stark reminder of the furious racial divisions that threatened to tear Los Angeles asunder in the mid-1990s. “Mountains May Depart,” an undersung gem from Chinese director Jia Zhangke, traces the steady unraveling of family, language and cultural identity over decades of globalization.

“Silence,” in chronicling the travails of 17th century Jesuit priests in feudal Japan, engages the problem of communication — human as well as divine — with a spiritual and intellectual rigor that almost defies understanding. Another resonant portrait of faith in crisis, “Last Days in the Desert” similarly hinges on the successful transmission of a message of hope — and so, of course, does “Arrival.”

The movies themselves remain a profoundly communicative medium — not just because they’re in the business of storytelling but because they demand a watchful and attentive audience. The darkness of the theater offers a fleeting but meaningful respite from the shouting matches of cable news, the contentious back-and-forth of our social-media diatribes. The sheer size and grandeur of the screen before us compels us — in theory, if not always in practice — to momentarily cast our own smaller screens aside.

There will of course be time to argue and debate afterward, but for two or three (or eight) hours, at least, our minds and senses are engaged, and the movie has the floor. The rest, as they say, is …

1. “Silence.” How do you dramatize God’s presence — or, for that matter, His absence? Martin Scorsese comes as close as any filmmaker to answering that question with his grave, wrenching adaptation of Shusaku Endo’s 1966 novel. Approaching a demanding text with masterly authority and deep humility, he has pulled off not only one of the greatest films of his career but also an astonishing act of transfiguration: To watch “Silence” is to witness the soul of one great artist merging with another.

2. “Moonlight.” The tenderest of landmark achievements, Barry Jenkins’ exquisitely directed drama demystifies a black gay man’s coming-of-age from within. Pulsing with lyricism and delicately filigreed emotion, it rests on the shoulders of three distinct performances — by Alex R. Hibbert, Ashton Sanders and Trevante Rhodes — that somehow breathe as one.

4. “O.J.: Made in America.” Ezra Edelman plunges headlong into the strange case of O.J. Simpson and emerges with a monumental consideration of race, class, sports, celebrity, masculinity and violence. By the end, it feels like an incontrovertible argument in the ongoing trial of the American Dream.

5. “Everybody Wants Some!!” After the dramatic rigors of “Before Midnight” and “Boyhood,” Richard Linklater leaned back and casually pitched his third masterpiece in a row — a sun-splashed, note-perfect ‘80s college flashback that plays like a dream. A very, very funny dream.

6. “My Golden Days.” A traumatic childhood, a spot of amateur espionage, the first stirrings of young love: In this gloriously romantic memory piece, a prequel to his 1993 tour de force ”My Sex Life … or How I Got Into an Argument,” the great French filmmaker Arnaud Desplechin is at the laid-back peak of his powers.

7. “Paterson.” After his oddball vampire romance “Only Lovers Left Alive,” Jim Jarmusch has made another entrancingly lovely portrait of marital contentment and the pursuit of artistic fulfillment. The movie is predicated on an ingenious visual scheme of rhyme and repetition, but Adam Driver’s performance is the source of its most evocative poetry.

8. “I Am Not Your Negro.” Speaking of poetry: The words of the late writer and civil rights activist James Baldwin provide a stirring foundation, but it’s the dense, impressionistic weave of sound and image — brilliantly assembled by the director Raoul Peck and the editor Alexandra Strauss — that gives this documentary its excoriating power.

9. “Manchester by the Sea.” Kenneth Lonergan’s third feature is a seething New England symphony, set to the quotidian rhythms of working-class life. Amid its swirl of angry, hectoring and often-hilarious voices, Casey Affleck’s performance rises like a silent but emotionally overwhelming aria.

10. “Certain Women.” One of the finest American independent filmmakers working today, Kelly Reichardt achieves a kind of brittle, melancholy perfection with this superbly acted triptych — adapted from the stories of Maile Meloy but rendered with a fluency and truthfulness all Reichardt’s own.