‘Assassin’s Creed’ is an exciting, if strange, ride 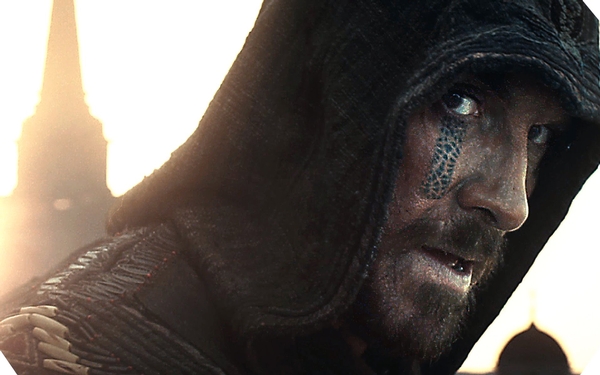 In 2015, director Justin Kurzel and actors Michael Fassbender and Marion Cotillard teamed up for a prestigious cinematic adaptation, a bloody, mad take on “Macbeth.” In 2016, the trio moved from Shakespeare to… a video game? Taking on the popular “Assassin’s Creed” game seems like quite the left turn, and while the results aren’t as striking as the previous outing — it’s pretty uneven — the film is thoroughly stamped with Kurzel’s unique visual style, which makes for an exciting, if strange ride.

There is a complicated and deep mythology behind the game, and the film follows it mostly faithfully. Callum Lynch (Fassbender) is a death row inmate with a violent childhood. He is put to death by lethal injection, but wakes up in a clinic at the shadowy Abstergo corporation. The lead scientist there, Dr. Sofia Rikkin (Cotillard) claims she’s researching “the cure to violence.”

For his part in that, Cal is harnessed up to a giant mechanical arm called the animus and forced to regress to 15th century Spain, where he fights the Spanish Inquisition as his hooded assassin ancestor, Aguilar. Like a video game! And Abstergo? They’re just a front for the Knights Templar, the eternal mortal enemies of the assassins. Both groups want to get their hands on “the Apple of Eden,” which has the genetic code for free will (man’s first disobedience). The Knights Templar want to bow people into peace through mental obedience, while the assassins are all about free will, violence and all.

If this story sounds hokey, it is, and somehow writers Michael Lesslie, Adam Cooper and Bill Collage have managed to write a script that is at once far too complicated and extremely shallow. There are a few lines that elicit giggles, and some plot points that feel ripped from “National Treasure.”

But despite the tortured writing, Kurzel shoots the heck out of the film, especially the flashbacks, when Aguilar and his assassin companion Maria (Ariane Labed) parkour around ancient Andalusia, kicking some serious Templar butt. We know from “Macbeth” just how well Kurzel and cinematographer Adam Arkapaw shoot grimy, dusty, bloody Medieval times, and these scenes, with vertiginous aerial shots, prove to be a new accomplishment in that vein. You spend the film waiting for Cal to get back in the animus so we can soar around Seville again.

The scenes set at the Abstergo facility aren’t as visually exciting, but the sound design and score are tremendous, combining ancient Arabic music with droning drums and whispers to create a hallucinatory aural experience.

Though sometimes confounding, there are some interesting themes lying just below the surface of “Assassin’s Creed,” particularly with regard to Cal as a prisoner who goes from one supermax to another. The scientists claim that modernity has no outlet for aggression, resulting in an elaborate system that pathologizes violence and contains it within a surveillance driven prison panopticon. The Apple would let them pre-empt all of that by containing humanity in a mental prison.

“Assassin’s Creed” will be polarizing, but as an entry in Kurzel’s oeuvre, it’s fascinating for the ways that it doesn’t fit and the ways that it does. It is so singularly his film — both in the style and the fascination with hubris, power and violence. It’s his mark on the studio blockbuster that make the brilliant parts of “Assassin’s Creed” worthwhile.