Donald Trump and black colleges are getting to know each other 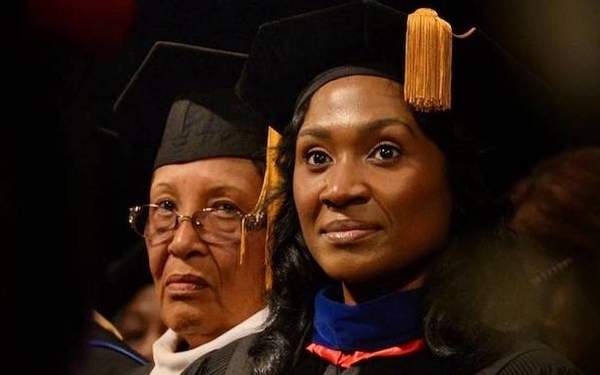 What does President-elect Donald Trump know about historically black colleges and universities?

That’s what leaders and advocates of the nation’s HBCUs, the common shorthand for historically black schools, have been trying to figure out since Trump’s surprising victory in November’s presidential election.

“What are the priorities for HBCUs in the new administration? I don’t know,” said Ronald Carter, president of Johnson C. Smith University, a four-year private HBCU in Charlotte, N.C. “I think it’s a bit premature to try to guess or deduce what he’ll do and what the priorities will be for higher education in general and historically black colleges and universities in particular.”

But it appears that the incoming 45th president is trying to learn as much about black colleges as the institutions are trying to learn about his level of his commitment to funding and supporting their campuses. HBCUs are any black college or university established before 1964 with the principal mission of educating African-Americans.

HBCU officials and Trump advisers have been huddling, having discussions that some participants describe as listening sessions and sales pitches for the incoming administration to heavily invest in the 100-plus HBCU campuses, which are home to about 300,000 students.

Earlier this month, Sam Clovis, a national co-chairman and policy director for Trump’s campaign, met with Johnny Taylor, president of the Thurgood Marshall College Fund, at the fund’s Washington office, continuing a conversation about HBCUs that had begun during the Republican primaries. The fund is an HBCU support and advocacy organization.

Omarosa Manigault, a former reality-show star who serves on Trump’s transition team, attended a December meeting of HBCU presidents in Atlanta hosted by the National Association for Equal Opportunity in Higher Education.

Manigault, who gained fame in the first season of “The Apprentice,” is a graduate of Central State University in Ohio and Washington’s Howard University, both HBCUs.

“She knows about the difficulties HBCUs face,” said Tashni-Ann Dubroy, president of Shaw University in Raleigh, N.C. “The HBCU presidents that were in the room were there to inform her about current challenges that she might not be in tune with.”

There are 107 HBCUs in the United States and U.S. Virgin Islands. North Carolina tops the list, with five public and five private four-year institutions.

The outcomes of the Trump meetings are of intense interest to the HBCU community after nearly eight years of an Obama administration that invested more than $4 billion in black colleges over the past seven years, according to Department of Education figures.

Still, some HBCU presidents and supporters, like Taylor, often criticized the nation’s first African-American president, mainly arguing that changes to Pell grants and other loan programs harmed the financial health of some campuses and contributed to declining enrollment.

Taylor, a political independent who was a campaign fundraising bundler for Clinton, thinks HBCUs may fare better under Trump, whose campaign overture to African-American voters was “What the hell do you have to lose?” Trump won 8 percent of the African-American vote, compared with Republican presidential candidate Mitt Romney’s 6 percent in 2012.

“We are hopeful and optimistic about a better relationship with the Trump administration than the one we had with the Obama administration,” Taylor said.

Marybeth Gasman, director of the University of Pennsylvania’s Penn Center for Minority-Serving Institutions, said Obama’s HBCU legacy was being judged too harshly by some in that community.

“I think there are a couple of people in the HBCU community who aren’t pleased with Obama. It’s about five or six loud people,” Gasman said. “I think stepping back and actually looking at the data, looking at his legacy with HBCUs, I think he has a strong legacy. I do think all presidents could do more at HBCUs.”

In their discussions, Taylor and the college presidents tout statistics, noting that while black colleges represent only 3 percent of the country’s two-year and four-year institutions, they account for about 20 percent of degrees awarded to African-Americans and generate 25 percent of all the bachelor’s degrees in science, technology, engineering and mathematics fields earned by African-Americans annually.

“Whatever one thinks about Mr. Trump the person, I think what few of us can deny is that his worldview is that of a businessman,” Taylor said. “What we’ve tried to do in these meetings is to tie into what he’s already committed to and say, ‘Yep, makes sense to us, too.’”

One potential area for partnership: Trump is committed to repairing the nation’s infrastructure, proposing to spend $1 trillion to rebuild roads, bridges and tunnels. Rep. Alma Adams, D-N.C., co-author of a House of Representatives bill that would make it easier for HBCUs to obtain low-cost capital to finance improvement projects on campus, hopes some of those roads Trump wants to fix run through HBCU campuses.

“I would hope the incoming president would carve out somewhere in his infrastructure program a niche for HBCUs,” she said in an interview. “We clearly need work on these campuses.”

Trump transition officials didn’t respond to requests for comment for this story.

As a candidate, Trump said little about HBCUs beyond a general promise to “ensure funding for historical black colleges and universities” during a speech in Charlotte that his campaign billed as a “New Deal for black America.”

His nomination of Betsy DeVos, a charter school and voucher advocate for K-12 education who hasn’t said much about higher education, gives some HBCU presidents and supporters pause.

“I don’t know what commitment she has to higher education and, more specifically, I’m not aware of any interest she has in HBCUs,” said Adams, co-founder of the Bipartisan Congressional HBCU Caucus.

“Since the president-elect has talked a little bit about HBCUs, we’re going to spend some time trying to educate this president … about our historically black colleges and universities that will then be somehow transmitted to the new secretary of education.”

One gauge for Johnson C. Smith University’s Carter is what Trump does with the White House Initiative on Historically Black Colleges and Universities, which President Ronald Reagan established in 1981 to help strengthen HBCUs.

“I’ll be very interested to see who will be appointed to head the White House Initiative on HBCUs or will the president-elect decide, ‘OK, I don’t see that it’s part of my administration,’” Carter said.