Donald Trump and the Russian connection 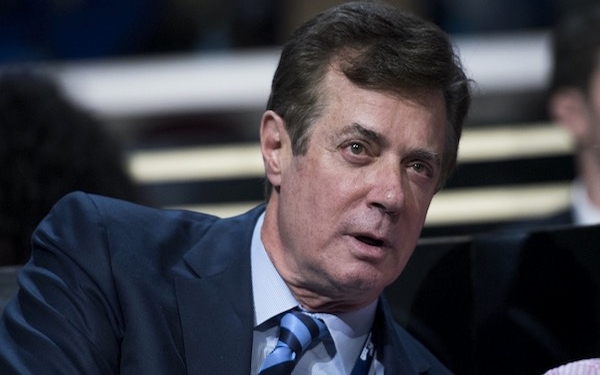 Donald Trump’s inner circle is studded with links to Russia — from a potential secretary of state who received a medal from Vladimir Putin to a campaign adviser who worked for Russian-backed Ukrainian politicians.

Those connections, combined with Trump’s own expressions of admiration for Putin, have fueled speculation that a Trump administration would forge an unprecedented alliance with the Russian government. Some critics have warned that the president-elect’s stance toward Russia could be swayed in part by the business interests of his advisers.

Here’s a look at some of the people in Trump’s orbit whose Russian ties have sparked concerns.

— Resigned as Trump’s campaign manager in August amid questions about his foreign lobbying work and alleged ties to pro-Russia forces in Ukraine. He is reportedly in close contact with the Trump transition team, though transition officials have downplayed his role.

— Served as an adviser to Russian-backed political leaders in Ukraine, from 2007 to 2012. His main client was former Ukrainian President Viktor Yanukovych, who was overthrown in 2014.

— Briefly worked as the Trump campaign’s liaison to the Republican National Committee and is now “working behind the scenes on inauguration activities,” according to CNN.

— Worked for Manafort’s political consulting firm, where he arranged meetings between Ukrainian officials and American members of Congress. He also worked to undercut sympathy for Yulia Tymoshenko, the imprisoned rival of Yanukovych.

— The former head of the Defense Intelligence Agency is Trump’s pick to be his national security adviser.

— Attracted criticism for a series of paid speaking engagements he did for RT, the Kremlin’s propaganda channel. Those appearances included a 2015 trip to Moscow to attend a banquet celebrating the network. Flynn was seated next to Putin.

— Trump’s choice for secretary of state.

— Chief executive of Exxon Mobil with a long history of business transactions in Russia.

— Was awarded the Order of Friendship by Putin in 2013. The designation is one of the highest honors Russia gives to foreign citizens.

— Is a close personal friend of Putin’s.

— Trump’s pick for secretary of commerce

— Billionaire investor whose specializes in buying and turning around troubled companies

— Was a board member of the U.S.-Russia Investment Fund under President Bill Clinton.

— Was a foreign policy adviser to Trump early in the campaign.

— The Trump team distanced itself from Page last fall after he attracted scrutiny for his alleged communications with Russian officials.

— Has extensive business connections in Russia, where he spent three years as an investment banker in the early 2000s.

— Reportedly traveled to Moscow in July, just before the Republican National Convention. He allegedly met there with a former Russian security official “believed by U.S. officials to have responsibility for intelligence collected by Russian agencies about the U.S. election,” according to Yahoo News.

— He was reportedly “scrutinized” by the FBI over the summer because of his alleged private communications with Russian officials. Page called the investigation a “witch hunt,” The New York Times reported.