Best albums of the year 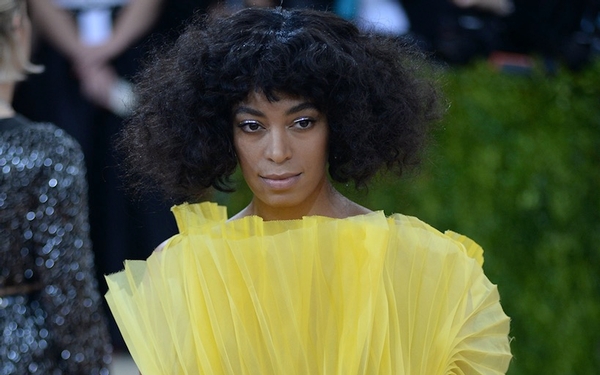 Solange Knowles arrives at the "Manus x Machina: Fashion in the Age of Technology" event on May 3, 2016 at The Costume Institute of The Metropolitan Museum of Art Gala 2016 in New York City, N.Y. (Kri
(Credit: Solange Knowles (Kristin Callahan/Ace Pictures/Zuma Press/TNS))

Thank You 4 Your Service” (Epic)

Coming to life in the shadow of the loss of founding member Malik “Phife Dawg” Taylor, A Tribe Called Quest’s first album in 18 years carried so much immediate brilliance, it was like the return of an orbiting comet, burning even brighter than you remembered. — Chris Barton

“Lemonade” was the rallying cry heard around the world that put the tribulations of a union through the lens of black womanhood. Whether Beyonce’s famous marriage was the inspiration is secondary to the work’s brilliance as a deeply experimental multimedia presentation boasting her most incendiary work. — Gerrick D. Kennedy

A masterful final act, this album was issued just after David Bowie died. In doing so, he bid his devoted fan base the most loving farewell one could hope for. From the fury of the song “‘Tis a Pity She Was a Whore” to the bittersweet album closer, “I Can’t Give Everything Away,” “Blackstar” doesn’t have a single weak moment. — Randall Roberts

Hope, in the face of the darkest, most seemingly helpless adversity. The Chicago-based Chance the Rapper mixes gospel, hip-hop and jazz to chronicle life’s struggles in America’s third-largest city. It’s protest music that chooses to celebrate rather than preach. — Todd Martens

The sophomore album from this member of country music’s new class of singer-songwriters is as funny as it is smart, and often in the same breath. The pithy tradition of Loretta Lynn and Buck Owens is alive and well. — Randy Lewis

“You Want It Darker” (Columbia)

Cohen’s music inevitably homes in on the eternal facets of human experience. Musical gravitas at its deepest. — R.L.

With a cozy, half-awake drawl, this 21-year-old Richmond, Va., singer-songwriter is a one-person reminder of the continued power of deftly drawn indie rock. The churning guitar menace of Dacus’ “Troublemaker, Doppelganger” gets your heart racing and then the spare “Trust” breaks it. — C.B.

Easy to take for granted, the Southern rock band turns its always-sharp songwriting toward the country’s ugly, unsettled present on its 11th album with songs that address deep-seated racial divides, recent mass shootings and, most pointedly, the deaths of Trayvon Martin and Michael Brown. — C.B.

Dvsn has an eye toward the heady, electronic progressive R&B of late as well as one of the genre’s golden eras of the ‘90s. The elusive act’s debut is inspired, almost wholly, by copulation, but these bedroom knockers are for adults who have moved beyond casual flings to long-term commitment. — G.K.

A bluesy album full of shadows and disarming horns as well as lyrics that veer into progressive journalism. Harvey’s vision of our streets is that of a war-torn world full of beggars and the forgotten. But if times are tough, as Harvey seems to be saying, we may as well go down swinging. — T.M.

Opening after a moment of silence that shatters in an explosion of piano keys, the latest category-defying record from this Chilean composer reflects a sense of global unease in shape-shifting washes of electronics, plaintive keyboard and distant vocals. — C.B.

“A Good Night in the Ghetto” (self-released)

Inspired by R&B/hip-hop innovators Missy Elliott and TLC, Kamaiyah’s debut mixtape is a joyful celebration of life. Whether she’s rapping or singing about being broke, loving sex, partying or yearning, she’s doing it over beats that recall the bounce of G-funk and the minimalism of more recent R&Bass. — G.K.

This raw, bluesy musical excursion could provide the Coen brothers with subject matter for a half-dozen of their noir-ish, character-rich comedy-dramas. The astuteness of Millsap’s writing is equaled by the unbridled spirit of his nimble band. — R.L.

“For All We Know” (Little Tokyo Recordings)

One of the year’s most exciting debuts came from this dynamic British R&B singer. Her voice is enchanting, and this sprawling collection of funky electronics and sweet retro R&B flourishes is bright. It’s also primed for the dance floor. — G.K.

With a striking voice and self-assured delivery, the St. Louis-born singer and songwriter Angel Olsen took a huge leap forward on “My Woman.” Her earlier albums were musically sparse, seemingly so she could highlight a wondrous voice that dances among the octaves. For “My Woman,” Olsen moved closer to pop, but not gratuitously so. Rather, she rightly decided that her voice is strong enough to handle some instrumental competition. — R.R.

After more than 20 years of reflecting an endangered and indifferent modern culture, Radiohead reaches further inward on an album framed by strings, choir and delicate folk guitar, only to find, after the end of a long relationship for Thom Yorke, things are broken there too. — C.B.

The biggest hitmaker of a generation unleashed her most understated offering, and it was well worth the unusually long wait (by Rihanna standards). Warm, adventurous, intimate and heavy on mood setting, “Anti” is a punch — even if it was slower to hit the senses. — G.K.

Loose but powerful, vibrant yet confident, the Stones sound utterly at home and in their element in this full-album homage to the American blues that got them rolling in the first place. — R.L.

“How do you spell angry brown girl?” asks this Afro-Latina singer-songwriter near the end of an album that deftly mixes rock, jazz and hip-hop. Nodding to Nina Simone and Abbey Lincoln, Rubinos doesn’t sound that angry, but amid her bracing sound are a lot more blunt, essential observations. — C.B.

Is it OK to love — guilt-free — when times are hard? The U.K.’s blisteringly intense Savages counter any notion that love is some sort of fairy tale; instead, this aggressive, confrontational album propels listeners to act. Hug someone, before it’s too late. — T.M.

A masterful songwriter and record maker in absolute top form. The fresh, lyrical, musical and sonic vistas Simon has created are breathtaking. — R.L.

“A Sailor’s Guide to Earth” (Atlantic)

Simpson is in full command of his gifts in this career-redefining outing celebrating the arrival of his first child. All the hope, fear, faith, wonder and heart-on-sleeve love that come with nascent parenthood are in high relief. — R.L.

“A Seat at the Table” (Saint/Columbia)

A meditation on being black in America, Solange’s first full-length project in eight years was an exploration of identity, empowerment, rage, grief and healing that was exquisite, cathartic and, especially, urgent. — G.K.

The instrumental music of Nashville guitarist Tyler wanders near the intersection of folk, country and rock, but he has little interest in picking sides. The title of the album might hint at his allegiances, but the way Tyler and his expert band dance around the issue by incorporating German “krautrock” and John Fahey-inspired instrumental folk guitar repeatedly upends expectations. — R.R.

These veteran, adventurous rockers have gone acoustic — and emerged even weirder and angrier. “Schmilco” is equally harmonious and disjointed, viewing nostalgia and maturity with equal doses of cynicism. It turns out that Wilco’s quietest album is one built for a time of tension. — T.M.

Big questions — “Will I become a chalk line?” — disarm the listener. Yet like her hometown peer Chance the Rapper, Woods chronicles life’s struggles, a divided nation and urban decay with a life-affirming soulfulness. Whether working with beats or an acoustic guitar, Woods has crafted a soft, welcoming album that seeks to define what it means to be a black woman in America today.. — T.M.

Special Features
Posthumous albums are usually cash-in souvenirs, but Mac Miller’s could be a rarity: a classic
216 views

Special Features
Here are 18 new holiday music albums, and not a lump of coal in the bunch
649 views

Special Features
55 years ago, the Beatles came out for a weekend at this family’s Missouri ranch
560 views

Special Features
Classical streaming has arrived. How do the new services stack up?
420 views