2017 fashion forecast: Predictions for the year ahead 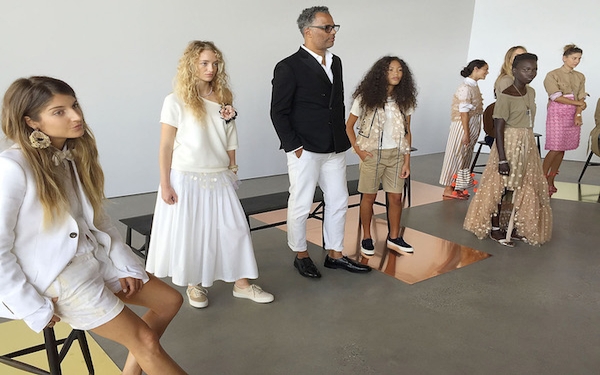 There’s nothing like a fresh year filled with new (and fashionable!) possibilities.

As 2016 winds down, it’s time to slip into clairvoyant mode and predict what the future holds for the fashion industry at large.

— Season-less fashions on the rise: This year lots of designers skipped assigning labels such as spring/summer and fall/winter to their collections and unveiled in-season styles. Others presented a hybrid of see now/buy now looks and pieces for coming seasons. Come 2017, expect to see even more designers (particularly ready-to-wear ones) shift from the focus on seasonal styles to more fluid trends that can be worn season after season.

— Fashion will keep up the fight for diversity: An industry that’s been criticized for its lack of inclusiveness made improvements in 2016. CoverGirl tapped its first male model, and beauty vlogger Nura Afia became the cosmetic company’s first brand ambassador to wear a hijab in a campaign. At New York Fashion Week in September, 16 plus-size models walked the runway, making it the most body-positive season ever, according to the Fashion Spot’s Runway Diversity Report. There were also a number of transgender models, ones with disabilities and people older than 50.

There’s still work to be done, however. The number of models of color on New York City runways declined a bit last season, the diversity report found. In the wake of the presidential election, a fashion’s who’s who have condemned President-elect Donald Trump for his remarks about Muslims, Hispanics and women. It’s likely these influencers will step up and continue to speak out.

— Greenery won’t be the hot hue for 2017: Pantone is an industry expert on all things color, but it may have missed the mark on its latest pick for color of the year. While there were glimpses of Greenery on the runway, the light yellow-green hue described as “zesty” and “fresh” took a back seat to rosy pinks, powder blues, buttercup yellows and classic black-and-white combos. Unlike emerald (Pantone’s top color for 2013), soft green is tough for most people to pull off. Unless you’re a redhead, don’t bother investing too much in this trend.

— Mall stores will continue to struggle: Mall retailers took a staggering hit in 2016. Nearly 44,000 retail workers were laid off, according to job replacement firm Challenger, Gray & Christmas, and mall-based brands such as Macy’s, Kohl’s, Sears and J.C. Penney closed hundreds of locations.

Looking ahead, Macy’s has already announced another round of closures in early 2017. It likely won’t be the only chain shuttering stores next year. Shoppers continue to opt for the convenience of online shopping and the one-on-one attention offered at independent boutiques and fine specialty shops. Unless mall stores can figure out how to stay relevant and competitive, their holiday shopping seasons could be numbered.

Fashion Focus
Get out of your sweatpants: Simone Rocha + H&M is the hottest collab of the season
113 views

Fashion Focus
‘I haven’t had a job since March 13’: How costume designers are coping with COVID-19
879 views