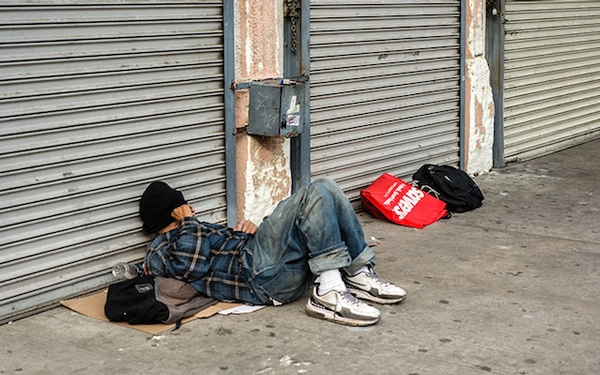 Riverside County, Calif., plans to connect former inmates with health clinics and social services. Orange County hopes to get homeless residents into housing — and help them stay there. Placer County is opening a respite center where homeless patients can go after they leave the hospital.

Those are just some of the pilot projects in a $3 billion experimental effort officials hope will improve the health of California’s most vulnerable populations. The effort is a recognition that improving people’s health will take more than just getting them insured.

The state has approved plans in 18 counties intended to reduce unnecessary emergency room visits and hospital stays among these groups. In addition to ex-prisoners and the homeless, they include people who have multiple chronic illnesses, substance abuse problems and mental health disorders. The state is accepting a second round of applications for such projects in the new year.

The effort, known as “whole person care,” is part of an agreement between California and the federal government. It gives the state flexibility to try to improve the efficiency and quality of care in the state’s Medicaid program — known as Medi-Cal — which provides health coverage to low-income people.

The projects are designed to blend physical care, mental health care and social services for the participants, who are among the neediest and costliest in the state.

“We have people coming out of jail and they are homeless, they don’t have food and they are diabetic and they are bipolar and they drink too much alcohol and they use heroin,” said Judi Nightingale, director of population health for Riverside University Health System. “They need services from different county departments in 20 different locations … and we don’t talk to each other.”

Half the funding for the program comes from the federal government, and the other half will be provided by local entities, including counties and hospital systems.

Some county leaders fear President-elect Donald Trump’s plan to dismantle the Affordable Care Act could derail their plans, but they hope nothing will change right away. State officials are urging counties to continue laying the groundwork for their projects, which are expected to start in the spring or summer.

“We are just moving forward in terms of implementation and not speculating on any changes that might happen,” said Sarah Brooks, a deputy director at the state Department of Health Care Services. “We will see what comes in the next year.”

Mark Ghaly, a program director with Los Angeles County’s Department of Health Services, said he believes the program is going to stand for at least a while. “The question is will we have enough time to show what works,” he said.

The key to success will be getting various agencies to work together to identify participants and serve them no matter where they are, Brooks said.

Part of that depends on being able to share data, which remains a challenge for many counties, Brooks said. Most counties have multiple electronic health records systems that may not interact with other government computer systems. There are also patient privacy concerns.

Riverside County’s project aims not only to reduce ER use but also to keep former inmates out of jail. They will be screened upon their release and offered help with housing, health insurance, drug treatment and mental health services.

Los Angeles County’s project, which will cost $900 million over five years, is an ambitious effort to improve the health of high-risk populations, including the homeless and recent inmates. The county plans to target about 1,000 soon-to-be released inmates each month and will use community health workers to help them get the care and social services they need. The county also is working to get inmates released with a 30-day supply of medications.

Ghaly said he believes the project will “stabilize people upon release so they don’t hit the emergency departments in the volume they are now.”

Nadereh Pourat, director of research at the UCLA Center for Health Policy Research, said she expects the projects to improve care and outcomes as well as save money. “There is going to be some reduction in (emergency department) use if you are wrapping these additional services around these populations who are complex and high-need,” she said.

More than 14 million Californians are covered by Medi-Cal, including about 5 million who have signed up since the Affordable Care Act took effect in 2014. The health reform law allowed states to expand the number of people who were eligible. Many new Medi-Cal beneficiaries went years without coverage and had untreated chronic conditions and mental health and substance use disorders.

Insurance coverage is the first step because it gets them in the door, Pourat said. But that must be followed by getting them the right services to keep them out of the hospital. The pilot programs will allow the state to see what works and doesn’t work, Pourat said. They will be evaluated based their impact on ER visits, inpatient stays and other measures of health and housing.

“It’s a great laboratory,” she said. “There is not going to be a cookie-cutter approach throughout the state.”

The planned projects vary in size, method and goals. Many include housing services, care management and data sharing. For the counties that focus on homeless people, federal money cannot be used to pay rent. But it can be used for other housing services such as move-in costs, financial education and outreach to landlords.

In Orange County, officials are linking homeless residents to primary care providers and helping them find places to live.

“If we are able to get them stabilized and into stable housing … we can improve their overall health,” said Melissa Tober, manager of strategic projects for the Orange County Health Care Agency.

In Placer County, which also will target homeless residents, Health and Human Services Director Jeff Brown said each participant will have an intensive care plan, which may include substance abuse treatment, mental health care or peer support. Brown said the pilot project provides the money and flexibility.

But, he said, “There really is no road map for the perfect way to implement this, and without that road map or blueprint, it can be a bit difficult.”

(Kaiser Health News (KHN) is a national health policy news service. It is an editorially independent program of the Henry J. Kaiser Family Foundation. KHN’s coverage in California is funded in part by Blue Shield of California Foundation.)