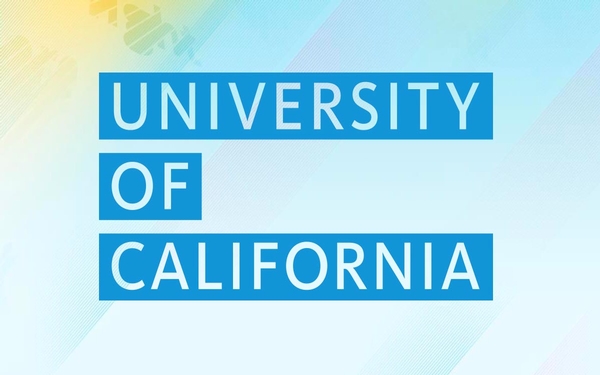 Under the proposal, tuition would grow to $11,502 for the 2017-18 school year — a 2.5 percent increase, or $282. The student services fee would increase to $1,128, a $54 increase. But financial aid would cover the increases for two-thirds of the university’s California resident students, who number about 175,500, said UC spokeswoman Dianne Klein.

Nonresident undergraduates would face a total increase of $1,668. They would pay the same increases in base tuition and student fees but also a 5 percent hike in their supplemental tuition, which would rise $1,332 — from $26,682 currently to $28,014 next year.

“We’re at the point where if we don’t do this, if we don’t invest, the quality of education is going to suffer,” Klein said. “We want these students to have the same or better experience than students who came before them.”

The proposed increases will be presented to the UC Board of Regents this month. They have been opposed by many students, and protests briefly shut down the last regents meeting in November. Students have said that even with financial aid covering their tuition, they face hardships paying for food and rent in the high-cost areas where most campuses are located, such as Berkeley, Westwood, San Diego and Santa Barbara.

Ralph Washington Jr., the UC Student Association president, said many students want a rollback of the current tuition and fees, which have more than doubled since 2006 and are at their highest level in history. He said students understand the university system’s financial crunch but want a greater voice in how money is spent.

Klein said all of the increased revenue — which would total $88 million — would be used to benefit students. Many would receive more financial aid because one-third of money raised by any tuition increase goes directly into student awards, and assistance from the state-funded Cal Grant and Middle Class Scholarship programs also increases automatically.

A California resident student with an annual family income of $120,000, Klein said, would receive an estimated additional $700 in financial aid — more than twice the amount needed to cover the proposed $336 hike.

But many Californians support making at least some public colleges tuition-free — as New York Gov. Andrew M. Cuomo proposed this week. Cuomo announced a plan to make city and state colleges and universities free for students with family incomes of $125,000 or less.

A statewide survey last month by the Public Policy Institute of California found that nearly three-quarters of respondents — spanning all political parties, race, ethnicities, incomes and education levels — backed making community colleges tuition-free. An even greater share — 82 percent — supported more scholarships and grants for students. Higher taxes for higher education were supported by 68 percent of Democrats, 20 percent of Republicans and 42 percent of independents, according to the survey.

Democratic Assemblyman Jose Medina, chairman of the Assembly’s higher education committee, said there were no plans yet to follow New York’s lead. But he said he would fight for more funding and was “moderately optimistic” about solutions other than tuition hikes.

Democratic Assemblyman Kevin McCarty plans to hold a hearing in February on how to expand financial aid for needy college students to cover not only tuition but housing and other needs.

Even now, however, California provides some of the most generous financial aid in the nation. UC covers tuition for all students with family incomes of $80,000 and less. Of the 2.1 million California Community College students, 45 percent receive tuition waivers from the Board of Governors, while 61 percent of Cal State University undergraduates pay no tuition.

A scholarship program to assist middle-class families earning up to $156,000 annually will be fully phased in by the 2017-18 school year.

She added that the tuition and fee increases also would help pay for more counselors, tutors, mental-health counselors, graduate-student fellowships and improvements to classroom spaces.

Washington argued, however, that not all students necessarily would benefit from the added services. If the new faculty hired were not sufficiently diverse, for instance, they would not improve the campus climate for marginalized students. He said he personally wanted to see more money spent on such needs as staff for sexual misconduct cases and support for hungry students.

Juniper Cordova-Goff, a third-year University of California, Berkeley student, said UC should lower executive pay rather than stick students with higher tuition. She said she receives enough financial aid to cover tuition and fees but that even with a full-time job, she still scrambles to cover the cost of housing, books and food — because she sends money to her parents, who are homeless.

But Audrey Dow of the Campaign for College Opportunity — a nonprofit that advocates expanding college access — called the tuition proposal reasonable given rising costs and the long tuition freeze and said, “UC has made a good commitment to cover the increase for low-income families.”

The state slashed nearly one-third of its support to UC after the 2008 recession — prompting the university to impose double-digit tuition increases — but has steadily restored the funding in the last six years in exchange for a tuition freeze and some academic and administrative reforms.

California Gov. Jerry Brown is among the elected officials who have said a modest increase next year would be reasonable after the six-year tuition freeze.

The proposal is sure to draw scrutiny from the regents. At the last meeting in November, Regent Eddie Island said UC should consider providing more aid to students to cover the full cost of attendance, and Regent Norman J. Pattiz said he had presided over many tuition hikes during his long years on the board but that using financial aid to justify another one “doesn’t fly anymore.”

Pattiz said Tuesday he remains undecided about his support. He said he wants answers to key questions first, such as what the alternatives to a tuition hike might be.