Lessons from a French cosmetics maker: Look pretty, but save the world, too 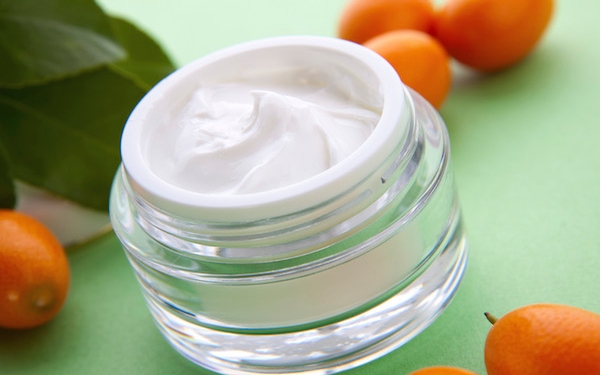 So you received some beauty products this holiday season, how lovely. But you might want to look at the ingredients before putting them on your skin.

Just as consumers are becoming more health conscious about what they eat, they are also demanding a more natural way of doing cosmetics, said Alban Muller, president of Paris-based Alban Muller, which has U.S. offices in Miami.

Alban Muller, founded in 1978, develops and manufactures a range of plant-based ingredients and products for the skin-care and cosmetics industry. For 17 years Alban Muller has based offices in South Florida that oversee the U.S. and Latin America markets.

“The public today is checking the composition of each cosmetic product, and consumers are telling the cosmetic producers, ‘This is not what I want, I want something more in line with my way of life.’ We have seen with Michelle Obama that she has been promoting better food, and now everybody’s organic. Now it is the same with cosmetics. You are putting something on your skin — it’s very personal,” said Muller, in an interview during a recent visit to the Miami office.

In some ways, the company is riding that health-conscious wave that is sweeping the U.S. market, where about 20 percent of Alban’s business is. The perfume and cosmetic industry in France is about a $50 billion industry and exports 70 to 80 percent of its products. “We produce more in cosmetics than cars — only planes are ahead,” Muller said. Yet, since its birth, Alban Muller has always manufactured plant-based products.

And interest is growing, particularly in Europe. Muller estimates that in France’s Cosmetic Valley alone, about 450 companies, including the makers of boxes and bottles, formulators and labs — have pledged to use ecologically friendly processes and organic ingredients.

He said all of Alban Muller’s products and processes are based on science. “Once we demonstrated that these plants were doing something backed by hard science, we got involved in formulation. What we have done is convert standard things into natural alternatives. We can give a choice to the people.”

Take microbeads, for instance. That’s the more commonly used term for polythylene, a plastic material once typically used in beauty products to give them texture — think skin scrubs and the like. They also looked pretty in the shampoo bottle. But since they were not biodegradable, they clogged up sewer systems and ultimately ended up in the oceans (8 trillion daily from the U.S. alone, according to one study), killing fish that think they are food. It took many years, but countries around the world have begun banning the use of them, including the United States. The U.S. ban will be phased in beginning in July.

“Microbeads were used because they were cheap and added texture. It was stupid to use that because of the long-term impact,” said Muller. “A more green approach is to think, ‘This may be an easy way to do it, but it might have long-term damages and will it cost me more to mop it up?’ Microbeads are 1 percent of the product. To try to get a better price of a 1 percent ingredient without looking at all the consequences, it’s stupid.”

Muller’s company has never used microbeads in its products or formulations but it does have all-natural plant-based alternatives that do the same thing. It’s been using and selling them for 30 years.

Muller said his company is always discovering and developing new products. For example, one of the company’s ingredients comes from an oak tree that secretes a substance that protects itself from insect bites. “When we saw that, we said maybe there is something here.”

Alban Muller takes this all-natural mission a big step further — ecological processes are built into every step of the business, from industrial procedures such as an extraction system that consumes less energy to how it composts.

“We have systems for recycling our water from the factory [in Chartres, France], which goes into our gardens, which have reintroduced vegetation and now we have animals coming back. We have kind of a shelter at the factory for pheasants and herons and bees. For people working in the factory, it explains to them what they should be doing in their own backyard,” said Muller, whose company has won numerous awards for its ecological processes.

“What we are trying to teach people is think twice because there might be a better way to do things that will not impact the environment. Let’s not just talk about the cost, but the global cost.”