Flume works hard to capitalize on his sudden fame 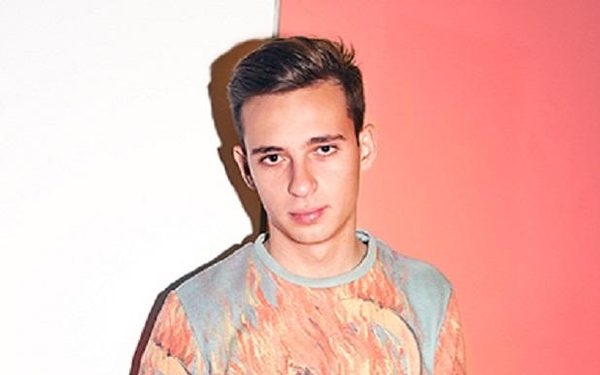 Harley Streten, the Australian producer and artist who records as Flume, started making music when he was 13, with a starter production disc he found in a cereal box. He named himself after a Bon Iver song, landed a deal with Australian label Future Classic in 2011 and released his self-titled debut the next year.

“Flume” sold respectably, but his 2016 sophomore album, “Skin,” turned him into an EDM superstar. The disc, which features collaborations with Vic Mensa, Vince Staples, Tove Lo and Beck, is a mix of commercially minded, vocal-centric tracks and more experimental fare.

Streten has toured ceaselessly to promote it: He recently phoned in from the airport in Melbourne, Australia, on his way to perform his hundredth show of 2016. The following is an edited transcript of that conversation:

When your album comes out and does really well, is there a part of you that’s secretly relieved? Because the sophomore slump is always a possibility, right?  I don’t think it’s a secret, I’m massively relieved. I didn’t know how it was going to go. I was actually quite concerned, I didn’t know what the future was going to be like. I feel quite liberated now. I feel like I can do whatever I want. I feel a lot of freedom.

Did you think that Flume was just something you’d do for fun for a little while?  The first record did quite well in Australia, but nothing like this one. It was more of an online thing. … This has taken the project to a whole new level, and given it a lot of visibility. I really didn’t expect it to go like this. I was hoping it would do well, but it’s definitely far beyond my expectations.

How did the Vic Mensa collaboration come about?  It was in my hometown of Sydney. He was playing a festival, and I was a fan of what he was up to. I hit him up, and we go in the studio together, and he played some of his ideas he was working on and I played him some of my stuff. There was a particular idea of mine that I was working on that he was really excited about, and that became (“Skin” track) “Lose It.”

It is important for you to actually be in the studio with the people you collaborate with? These days, that’s pretty rare.  It’s always nicer to connect and work on a song together, it feels more collaborative. But I also quite like doing something in my own space and sending it off, and someone changing it in a way I would never have thought. I kind of like working on my own a lot, but it feels more collaborative when you get in a studio and get to know the person you’re working with. I think that’s probably when the best stuff comes about.

How did you get Beck to appear? He doesn’t do a lot.  I was in L.A., and we were looking for people to work with, and my manager knew Beck was someone I was into. One day I got a call from my manager and he was like, “Hey, do you want to go to Beck’s house today?” I caught an Uber to his house and I knocked on the door, and there he is, it’s Beck, welcoming me into his house. It was kind of surreal, to be honest. I was wearing pink board shorts and a backpack and a cap, and I realized I looked like some kind of kid, just walking into this legend’s house, but he was really down to earth. We basically just hung out in his studio space. I played him a bunch of ideas and he would walk around the house with a microphone, (he’d) walk into the kitchen just singing, and I’d record everything.

When you have people like that on an album, who are big personalities, do you have to fight to make sure your own personality comes through?  For me, it’s not about the personality. For me it’s about the music. I think the music I make has a unique style, and that’s my brand. I actually try to keep my face off a lot of things, like album covers. I would never have my face on an album cover. For me, it’s all about the sonic identity.

In a way, it’s the best of both worlds. You get to play in front of huge crowds, but nobody notices you on the street.  Yeah, I guess it is the best of both worlds. … I just got glasses, so ever since I’ve been wearing them and a cap, it’s all good. There are definitely some places in Australia where I get recognized, but if I want to, I can go undercover. I don’t have any distinguishable features. I don’t have crazy hair, or a tattoo on my face.

Even Skrillex can put a hat over his hair. People learn how to disappear if they want to, once they’re famous.  I feel like Sonny would have a hard time with that. He’s a pretty distinguishable dude, you know, with the hair. And he’s kind of little and he’s always wearing black and surrounded by a lot of people. I don’t know, maybe he’s got it down. He probably does.