For LGBT makers of screen projects, moving forward is the only option 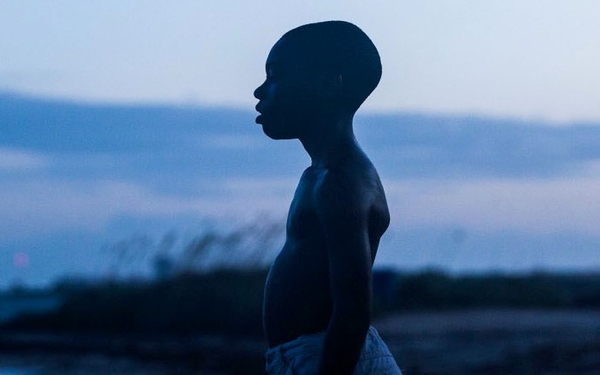 aden Piner as Kevin in a scene from the movie "Moonlight" directed by Barry Jenkins. (A24 Films/TNS)

The year 2016 was perhaps the strongest yet for Hollywood depictions of lesbian, gay, bisexual and transgender people. They’re not just comic relief anymore.

Consider Rutina Wesley’s bisexual Nova on OWN’s “Queen Sugar,” Erica Ash’s lesbian M-Chuck on Starz’s LeBron James-produced “Survivor’s Remorse,” the transgender fashion models of Oxygen’s reality show “Strut,” and the boy-to-man protagonist Chiron, who grapples with his sexuality in Barry Jenkins’ Golden Globe-nominated “Moonlight.” These are just a few of the LGBT characters populating some of the best films and TV shows Hollywood has to offer.

But producer, writer and director Patrik-Ian Polk, one of many LGBT people in the industry, is uncertain how the administration of President-elect Donald Trump will affect Hollywood and the recent increase in more varied representations of — and opportunities for — the LGBT community.

With Inauguration Day coming ever closer, a mantra has risen from the private conversations of LGBT Hollywood: “Keep pushing.”

“Hollywood has been talking the talk really well lately about diversity and inclusion,” says Polk, who is known for creating the groundbreaking LGBT series “Noah’s Arc” on the Logo TV network and is now a writer on BET’s “Being Mary Jane,” starring Gabrielle Union. “We see all of these gains, but we can’t get complacent. There’s a certain amount of snapback we’re experiencing right now. I think the response to the snapback has to be even stronger.”

Despite Trump saying he would be “better for the gay community” than Hillary Clinton during the presidential campaign, many in Hollywood’s LGBT community worry that Vice President-elect Mike Pence has a history of anti-gay positions, including signing a much-derided (and later amended) bill that many experts said would have given businesses the legal right to discriminate against LGBT customers.

Writer-activist Michelangelo Signorile expressed the feelings of many in the LGBT community when he wrote of the “potentially devastating” consequences of the new administration in a Boston Globe op-ed titled “Trump’s Cabinet: A Who’s Who of Homophobia.”

Concerns that the world of politics might interfere with that of Tinseltown aren’t rooted in an unspeakable fear of the unknown but in historical moments. The McCarthy era gave rise to the Hollywood blacklist, denying employment to industry professionals because they were or were accused of being communist sympathizers.

Throughout the late 1940s and the 1950s, hundreds of primarily screenwriters but also actors, directors and producers were deemed “un-American” and found themselves jobless — a move supported institutionally by industry executives, the Motion Picture Association of America and the Screen Actors Guild.

Most in Hollywood think that the idea of a new blacklist is far-fetched, but some are suggesting vigilance.

“We’re going to be looking to our superiors to defend our right to tell our stories,” says Zackary Drucker, a producer on Amazon’s “Transparent” who is transgender.

“I think the work we’re doing will be more important than ever, and we have to do it with higher volume and greater presence,” she says. “We must be unwavering in our conviction to tell our stories.”

Trump’s election has already begun to have its effect on pop culture. A few weeks after the votes were counted, ABC Entertainment Group President Channing Dungey told an industry summit in London that she felt the network hasn’t “paid enough attention to some of the true realities of what life is like for everyday Americans in our dramas.”

Some read her statement as a potential signal that the network, whose Shondaland series have led the way in recent years for television diversity, might be rethinking its inclusion efforts. But in a phone interview with The Times, Dungey clarifies her words.

“There is a vast group of Americans who don’t necessarily feel like their voices have been heard or that they have been represented,” she says, noting that the network has already “spent a lot of time thinking of diversity and inclusion” through the lenses of race and ethnicity, religion and sexual orientation. “The one area we have not spent a lot of time thinking about it is from an economic perspective.” And though the term “everyday Americans,” like “working class,” has most recently been used to describe a section of the population that might oppose the very diversity ABC has presented in its shows, Dungey says she “was referring to people who are working hard to make ends meet,” like those clipping coupons to save money.

She believes the network can do a better job to represent those voices, particularly in its drama series. But she insists that this in no way means a regression is on the horizon. “The whole point here is not for us to change what we have been doing but to be a little bit broader in our definition and really look at economic difference in a way we haven’t done so recently,” she says.

One show that demonstrates the network’s commitment to diversity, and particularly that of LGBT voices, is the miniseries “When We Rise.” From Oscar-winning writer Dustin Lance Black, the show’s seven episodes retell the gay rights movement in the United States, beginning with the 1969 Stonewall Riots. It’s a story never more important than now, says Black, who is gay. “I would give anything in the world for it to be less topical,” he says, “but, unfortunately, not just in the United States but around the world we’re experiencing a moment of backlash to diversity.”

That backlash has shown itself in the comments online about the “When We Rise” trailer released in November. Alexandra Grey, a transgender actress in two of the series’ episodes, has seen her fair share of anti-LGBT criticism, but now the antagonism is worse, she says.

“They’re getting more vocal about what they really don’t like when we should be talking about equality and pushing further to have more LGBT people’s stories told,” she says. “I think the election is bringing out people’s true colors more. They feel like it’s OK.”

Still, Black hopes the show will “serve as inspiration to this generation of activists and artists to fight back” against such sentiment.

And fight back is exactly what LGBT Hollywood will do, Drucker says, “creating culture as a counterpoint to an undertow of conservatism, which when you distill it is a rejection of modernism, of us and the momentum we’ve gained.”

“We have a responsibility to create our democracy and the culture we want to live in,” she adds. “We can’t relinquish our rights before they’re taken away.”

The resounding belief is that the historic progress the community has seen in recent years cannot be reversed. “You can’t put the genie back in the bottle,” Polk says.

“If anything, we need to push that envelope even further and let these people know that it is not a game,” he says. “Because what Hollywood does best when it’s doing its best is reflect real-life situations, and real-life situations are messy, feature LGBT people and people having abortions.”

He adds: “We’re not going back to ‘Leave It to Beaver’ because Donald Trump is in the White House.”

Tina Mabry, writer-director of “Mississippi Damned” and “Queen Sugar,” says she is committed as a lesbian “now more than ever to do work that explores people like me.” To others, she says: “You cannot go back into fear. Now is your Stonewall moment.”