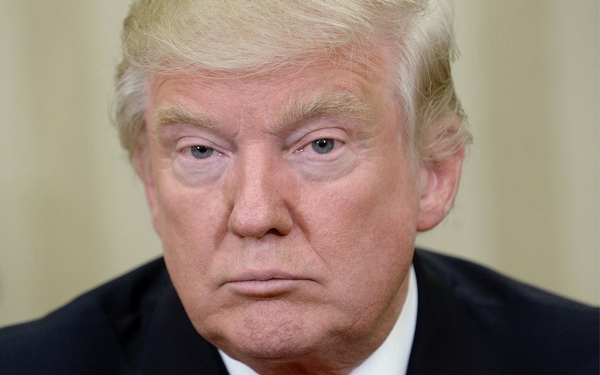 The FBI has been examining a former Western intelligence officer’s report that alleges connections between Donald Trump’s campaign and Russians involved in hacking Democratic Party emails.

The former intelligence officer was retained by a Washington-based private investigation business, which was paid first by Republicans seeking opposition research on Trump during the primary elections, according to two sources who know the former spy. When Trump became the nominee, Democratic donors continued paying for his services.

The 35 pages of periodic reports were posted Tuesday on BuzzFeed. McClatchy has learned that Sen. John McCain, R-Ariz., gave the bulk of the report to FBI Director James Comey on Dec. 9. The final pages of the report are dated Dec. 11.

A federal law enforcement source told McClatchy that the document was being examined as part of a broader FBI inquiry into Russia’s influence on the U.S. election but wouldn’t characterize its credibility.

However, U.S. intelligence agencies are skeptical about some aspects, a knowledgeable government official said but offered no details. McClatchy obtained the report earlier but hasn’t been able to confirm its inflammatory allegations. Some of the events mentioned in the document have been reported.

The 35 pages aren’t sequential and are dated between June and December 2016. There are no pages dated in November. Several sentences have been redacted. Some names are misspelled, and three different fonts are used throughout the report. The page numbers are handwritten.

CNN reported Tuesday that, during an intelligence briefing about the hacking last week, Trump was presented with statements in the former intelligence officer’s reports that the Russians have compromising personal and financial information about the president-elect. A summary of the 35 pages also has been provided to President Barack Obama and the “gang of four,” the leaders of both parties in Congress, the network said.

During a Senate Intelligence Committee hearing on Tuesday, several senators pressed FBI Director Comey about what the bureau knows about the Trump campaign’s relationship with the Russian government.

“I will tell you, I think the American people have a right to know this,” said Sen. Ron Wyden, D-Ore., his voice rising. “If there is a delay in declassifying this information and releasing it to the American people, and it doesn’t happen before January 20th, I’m not sure it’s going to happen. That’s why I’m troubled.”

The two-page summary given to Obama and Trump was appended to the report about Russia’s intervention in the U.S. presidential race, CNN said. The network reported that the agency chiefs chose to make the president-elect aware that the information is circulating in Washington and to demonstrate that the Russians held disparaging information about him and Hillary Clinton.

Spokespeople for the FBI, the CIA, the director of national intelligence and the White House declined to comment on the network report.

U.S. intelligence agencies have concluded that Russia orchestrated the pirating of tens of thousands of emails from the Democratic National Committee and Clinton campaign manager John Podesta. Obama has announced sanctions against the Kremlin for the cyber attacks, ordering the removal of 35 Russian diplomats, closing two Russian compounds and placing the names of nine other individuals and entities on a U.S. sanctions list.

Trump, however, has voiced doubts that the Russians were the culprit.

The reports provide a picture of a stealthy Russian operation, in which Kremlin officials and Trump’s aides went to great lengths to ensure that Moscow had “plausible deniability” for the operation and paid a network of hackers through a series of intermediaries.

They’re quoted as saying that Russia for years compiled a dossier of “kompromat” — compromising information — about Clinton that was controlled by Kremlin spokesman Dmitry Peskov, who was described by the intelligence officer as instrumental in the hacking operation.

In return for Russia’s help in weakening Clinton’s election prospects, the former spy’s sources said, Trump’s team agreed that he would not make a campaign issue of Russia’s intervention in Ukraine but rather would deflect attention from that country by focusing on U.S. defense commitments in the Baltics and Eastern Europe.

As part of their leverage, the Russians also advised an aide to Trump that they held “kompromat” about Trump, including audio and video tape of private moments, the reports alleged.

One of Trump’s lawyers, Michael Cohen, was identified in the report as an intermediary who’d met with the Russians in Prague in late August or early September.

Cohen tweeted on Tuesday that his passport proves that he’s never been to Prague.

California Rep. Adam Schiff, the ranking Democrat on the House Intelligence Committee, has called for a joint House-Senate investigation into Russian meddling along the lines of the congressional inquiry following the terror attacks of Sept. 11, 2001. Absent that, he said in an interview last week, the intelligence committees should “explore each and every issue of how Russia has tried to exert its influence” and “follow the facts wherever they go.”

Without referring to the Western intelligence officer’s report, Schiff said he thought the FBI should investigate “any allegation that there was Russian influence in the election of any kind, on any campaign, including their cyber operations, their propagation of fake news, but certainly if there were any kind of financial or other inducements.”

“It’s a great concern to me that that we simply don’t know what financial interests the president-elect has in Russia, and the degree of Russian financial support for Trump’s businesses,.” Schiff said.

The intelligence reports describe an extensive Russian effort over at least five years to cultivate Trump by powerful Russian officials and business interests and quotes sources as saying the campaign had Russian President Vladimir Putin’s blessings.

Some of the information in the report is verifiable, and some of it has been widely reported:

—Putin replaced one of his top officials rather suddenly, though it was speculated at the time that he was bringing in a younger guard. The 35-page report alleges that Putin displaced several actors in the influence campaign to distance himself from the plot. Sergei Ivanov, a longtime ally who was dismissed in mid-August with little explanation, provided analysis of domestic and international affairs for the president.

—It was widely reported that Trump stayed in the Ritz-Carlton during the Miss Universe pageant in Moscow. And Azerbaijan business associate Aras Agalarov, who is named in the report as having knowledge of compromising information about Trump, helped pay for the pageant and had photos made with Trump.

—The report repeats assertions reported over the summer by Yahoo News that Trump’s Russia adviser Carter Page, a little-known energy investor, had held meetings in July with Igor Sechin, the head of the state oil power Rosneft. Sechin is widely viewed as the second most powerful man in Russia, after Putin, and has ties to Russian intelligence. He is one of the Putin associates under sanction by the U.S. Treasury Department.