Into It. Over It. isn’t and never will be 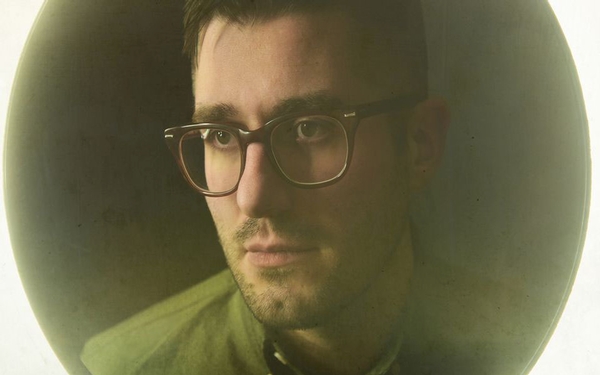 Every now and then, somebody shows up to an Into It. Over It. show looking creepily like Evan Weiss — thick glasses, neatly trimmed beard, red-and-black lumberjack shirt. And it’s his own fault. The veteran Chicago emo frontman was on tour last year while his record label and management people were making a video for “No EQ,” so they had no choice but to create a storyline about fans ordering Weiss masks and dressing up as him.

Weiss approved the concept. “A lot of people were like, ‘I’m going to be you for Halloween,’” the 32-year-old singer says, by phone from his home, just after New Year’s Day. “A couple people came to the shows wearing the shirt you could get from Target.”

“No EQ” is about fading muscles and aching brains, but Weiss has always offset his bleak, hyper-personal songs with blasts of humor. Into It. Over It.’s first album, 2009’s “52 Songs,” includes titles like “Gin & Ironic,” “All Thumbs Down” and “Watching You Cry In Public,” but it changes the pace with a classic dialogue snippet from “Pee-wee’s Big Adventure”: “Come on, Simone, let’s talk about your big butt.” Weiss calls his process for that album “carefree” — he created a song a week and released it online.

“I was inside my head working on this material nonstop,” he recalls.

“52 Songs” caught on with the indie-rock underground, and Weiss, who’d played in several Chicago-area bands before forming Into It. Over It., began to develop a following. The band’s next album was 2011’s “Twelve Towns,” about 12 towns, from Nashville to Westmont, N.J.; the follow-up was a proper album titled, of course, “Proper.” But by 2013’s “Intersection,” Weiss was starting to feel the creative weight of following a formula, so for the band’s latest album, he retreated to a Vermont cabin.

“I’ve found the best way to enjoy doing what I’m doing is to completely let go,” he says. “I got distracted, rather than keeping my focus on the music and the creative process, which was the reason I was doing it in the first place. For this record, it was important to get away.”

Weiss spent the first six days alone in the cabin, “gaining the pace of the day,” as he describes it. Then Josh Sparks, who plays drums and helps Weiss write the songs, showed up and the duo fell into a regular recording routine. The result was “Standards,” which sounds like a super-tight band, not a concept or an experiment, with powerful songs packed with guitar solos such as “Vis Major” and airier pop songs like “No EQ” — all anchored as usual on Weiss’ pained lyrics. “This was the most fun I’d had making a record since ‘52 Weeks,’” Weiss says. “As far as writing a record in isolation, I’ve never done it like that before. Now I don’t know if I can not do it that way.”

Weiss grew up in New Jersey with musical parents — his mother played in a Philadelphia punk and new wave band, Denny and the Dropouts, and his father was in local funk bands. When his father performed at Great Adventure, a local theme park, Weiss’ future mother ran the sound, and that’s how his parents met. “By the time I was born, they started playing in a wedding band together, and the band used to rehearse at my parents’ house,” Weiss says. “When I told them I wanted to play the guitar, they didn’t flinch.”

After becoming obsessed with Sunny Day Real Estate and The Get Up Kids in high school, and forming his own bands, Weiss moved to Chicago in 2008. (He’d visited friends there in 2003 and, he recalls, “It always felt like home.”) By 2010, Into It. Over It. and his other bands were touring enough for Weiss to give up his day job as a manager for Threadless, the T-shirt chain. He took off for a seven-week European tour, hoping to resume his retail career upon his return, but returned to find himself unemployed. “If I don’t do it now,” he told himself, about working as a musician, “I’m never going to do it.”

The touring version of Into It. Over It., including drummer Sparks, took a few months to get used to the “Standards” material after the album came out last spring. “Anesthetic,” in particular, was challenging to find the right touch, but the band worked it out over time. Then the band performed beginning-to-end Into It. Over It. albums for three straight nights last November in London, and became familiar with its own catalog in a new way.

“We would do whole albums randomly, not just ‘Standards’ but learning how to do ‘Proper,’ how to do (2013’s) ‘Intersections,’” says Weiss, who plans to do all of “Proper” with the band in Chicago. “We’ve really learned how to curate a set list a little better. We’ve learned how to curate a vibe for the show a little better. Finding the arc of the softer material, or the more dramatic material, has been a lot of fun for everybody.”

Interviews
How a trans indie-rock star made the record of their life, with the help of some new housemates
1,040 views