The US intelligence community is made up of 17 agencies. Here’s what each one does 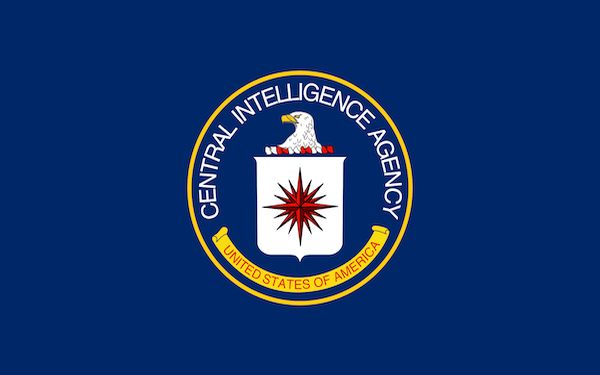 The U.S. intelligence community recently reaffirmed its conclusion that senior officials in Russia were behind hacks during the 2016 presidential campaign into the Democratic National Committee and emails belonging to associates of Hillary Clinton.

Here are the 17 offices:

1. Office of the Director of National Intelligence

The CIA is the most recognized intelligence agency, known for spying on foreign governments and conducting covert operations, including funneling money to opposition groups in other countries to sway elections or oust certain foreign leaders.

Once so secret it was referred to as “No Such Agency,” the NSA is the largest and perhaps most technologically sophisticated of all the intelligence agencies. It focuses on signals intelligence — monitoring, collecting and processing communications and other electronic information — and cracking secret codes. It also protects U.S. information systems from outside penetration. The NSA oversees PRISM and other mass surveillance programs revealed by Edward Snowden in 2013. It is believed to employ more mathematicians than any other organization in the country — a fact not all math whizzes are happy about.

The Pentagon’s top spy agency, the DIA is the primary entity responsible for collecting and analyzing intelligence on foreign militaries, with support from the intelligence offices of all the military branches. The DIA shares this information with military leaders, fighters and defense policymakers in order to “prevent and decisively win wars,” according to its mission statement.

The FBI has both law enforcement and intelligence functions. On the intelligence side, it aims to protect the U.S. against terrorism, cyberattacks and foreign intelligence operations and espionage. It maintains the government’s terrorist watch list and has been involved in the interrogation of “high-value” detainees, sometimes clashing with the CIA.

6. Department of State — Bureau of Intelligence and Research

This bureau collects and analyzes intelligence on global affairs and advises the secretary of State and other diplomats. It conducts foreign opinion polls and tracks and analyzes issues that may undermine U.S. foreign policy objectives, such as weapons proliferation, human trafficking and drug smuggling. Though it’s one of the smallest intelligence agencies, its assessment on weapons of mass destruction in Iraq was not as inaccurate as that of other agencies.

7. Department of Homeland Security — Office of Intelligence and Analysis

The scope of “homeland security” includes emergency preparedness, border control, transportation security and biodefense (Ebola and SARS, for example), among other issues. The Office of Intelligence and Analysis is charged with gathering intelligence in these areas and sharing it with state, local, tribal, territorial and private sector partners through a network of “fusion centers.”

The DEA is the government’s watch guard for drugs that are illegally manufactured, distributed or dispensed. It is also responsible for the seizure and forfeiture of assets connected with illicit drug trafficking. The Office of National Security Intelligence assists law enforcement with investigations and prosecutions. Most recently it has focused on the threat posed by a surge in heroin and counterfeit prescription pills containing fentanyl.

9. Department of the Treasury — Office of Intelligence and Analysis

Intelligence gathering at the Treasury dates back to its beginning, when Secretary Alexander Hamilton sent a tax official in disguise to investigate the Whiskey Rebellion underway in western Pennsylvania. Today the Office of Intelligence and Analysis sits within the Office of Terrorism and Financial Intelligence, which works to prevent sanctioned countries, money launderers, terrorists, drug kingpins and purveyors of weapons of mass destruction from parking or moving their money through the U.S. financial system.

10. Department of Energy — Office of Intelligence and Counterintelligence

Even the Department of Energy has an intelligence office. It traces its origin to the Manhattan Project, when the Atomic Energy Commission was charged with analyzing the Soviet Union’s atomic weapons program. Today the office’s role is to provide technical intelligence on foreign nuclear weapons, energy security, science and technology, and nuclear energy, safety and waste.

Supporting the Defense Department, this agency is the principal provider of geospatial intelligence — analysis and information about Earth’s natural and man-made features and geo-tagged activities. This “GEOINT” is used for combat, humanitarian and disaster relief, border and transportation security and security planning for special events. One of the agency’s claims to fame is pinpointing the Abbottabad, Pakistan, compound where Osama bin Laden was hiding; another is operating the reference system for GPS.

The NRO was a secret agency for 31 years, until its existence was declassified in 1992. The office designs, builds and operates the nation’s reconnaissance satellites, providing the Pentagon, CIA and others precision navigation, early warning of missile launches and near real-time imagery to support anti-terrorism activities. On the civilian side, the satellites help survey damage from natural disasters and support environmental research.

The Air Force’s intelligence branch, organized into the 25th Air Force, uses airplanes, drones and satellites to identify hide-outs, bunkers, mobile launchers and weapons caches. It is also responsible for code-breaking activities within the Air Force. All that surveillance takes up a lot of digital space — in 2013, one wing alone received 20 terabytes of data daily, processed 460,000 hours of video and disseminated 2.6 million images.

The Army’s intelligence branch intercepts electronic communications and provides maps, ground imagery and information on foreign forces to assist fighters in the battlefield.

The Coast Guard, part of the military and the Department of Homeland Security, protects and defends more than 100,000 miles of coastline and inland waterways. On an average day, the Coast Guard conducts 45 search-and-rescue cases, seizes 874 pounds of cocaine, interdicts 17 migrants and helps move $8.7 billion worth of goods, according to its website. Its intelligence office helps with criminal investigations and provides other national agencies with intelligence from domestic and foreign ports, coastal waters and offshore.