10 things on our mind about Trump and the nation 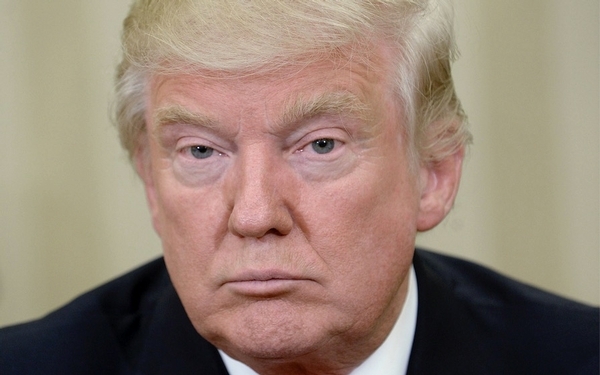 What's on our mind this week?

(1) Trump Inauguration Speech - So dark, so partisan.  It had nothing to do with bringing all Americans together but instead a continuation of the Trump election campaign and the victory tour.  Read more.

(2) The numbers game - Trump and his team claiming it was the mother of all inaugurations and Trump had the MOST people ever to see the event. According to his team, his inauguration numbers trumped Reagan’s viewership of 41 million in 1981 and Obama’s 38 million in 2009. Trump initiatlly claimed he brought more people out to the event when photographic evidence clearly points to Obama having more people (estimate 1.8 million) at his inauguration. So petty. So unimportant. What's going to happen when the numbers truly need to mean something? Read more.

(3) NBC  - SNL writer gets suspended indefinitely for making a truly tasteless joke about Barron Trump.  Don’t forget Billy Bush lost his job at the Today show for his just going along with Trump’s crotch grabbing comments.  NBC, who had a hand in the rise of Trump continues to be a part of the saga. Read more.

(4) West Virginia - There was a 59% drop in people who DIDN’T have healthcare due to Obamacare even though the state VOTED for Trump. Now those West Virginians healthcare coverage is threatened by the repeal of Obamacare.  There is a talk of a GOP replacement plan that allows states to keep their Obamacare plans. Seven years and this is the best they can come up with. Read more.

(5) Women's March on Washington - The march by women around the nation was remarkable and historic. Now what?  What is the next step? Let us know. We hope it's not another “Occupy Wall Street” movement that fizzled out. There is promise as what was seen in Salt Lake Cit, where women marched on the state capital during the state governments first day of legislation. However, the size of the movement that appeared in “blue state” cities has to happen in the heartland of our country. Read more.

(6) Trump kills TPP Trade Deal - Trumped nixed the whole TPP trade deal.  What is it about?  The Trans-Pacific Partnership, pushed hard by the Obama administration, was essentially an attempt to create a single market for the U.S. and 11 countries that border the Pacific Ocean, including Canada, Mexico, and Chile. The idea was to make goods flow more freely and cheaply between all partners — who together represented one third of global trading. Specifically, the TPP's largest goal was to maintain U.S. trade dominance in Asia, bringing the various trading partners under America's wing as a way to ward off China's growing economic influence, said MSNBC business correspondent Ali Velshi. This would have been a huge benefit to the United States that would increase exports by $123 billion dollars which means more jobs. However, there was also a threat to U.S. jobs due to more companies moving offshore for cheap labor.  Thus, we could lose jobs.  As a result, Trump nixed it. The result, China will take the lead in the TPP nations and their economic influence will grow due to the vacuum left by the United States pulling out. Read more.

(7) Trump at the CIA.  The Trump get together at the CIA last Saturday was disturbing on so many levels and included long winded comments from Trump about himself, his inaugaration numbers and the bashing of the media while standing on hallow ground in front of 117 stars that represent CIA officers killed in their service for our country.  HIs dishonest media comments included CIA employees in attendance laughing and cheering. There has been a report by CBS News that the Trump team stacked attendance with at least 40 of their own people who lead the cheers but from what we heard, it sounded like a lot more than 40 people making noise.  Watch the video above.  Read more.

(8) Trump to Lawmakers: ‘Illegals’ Cost Me the Popular Vote - Why this man continues to go here is beyond us.  There is absolutely no evidence to justify this statement. Read more.

(9)The Constitution will be tested - The emolument clause. Say that 10 times.  Trump to be sued for by Ethics lawyers. One of the many reasons the President releases his taxes, puts his investments in a blind trust or sells them completely off. Trump has not done any of this. Read more.

(10) General Michael Flynn and the United States: Not a good fit. Flynn being investigated for contact with Russians on Obama's watch. One of multiple misteps by the new National Security Advisor.  Read more.