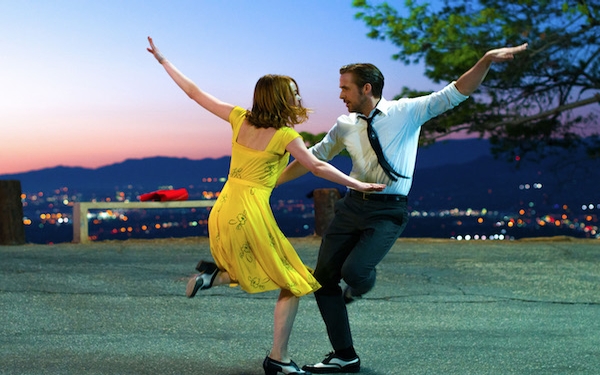 Diversity was very much on Academy voters’ minds this year, as evidenced by Tuesday morning’s nominations. Nods across all major categories singled out films about the African American experience, including three of the nine films nominated for best picture, “Moonlight,” “Fences” and “Hidden Figures.”

Academy voters seem to have gotten the message after facing harsh criticism for failing to nominate even a single black actor two years in a row. This year, seven actors picked up nominations including Denzel Washington for best actor for “Fences” and “Moonlight’s” Mahershala Ali for best supporting actor.

But you can never accuse the Academy’s more than 5,700 members for failing to be just a little predictable. As prognosticators guessed, romantic musical “La La Land” led nominees with a total of 14, tying the record with “Titantic” and “All About Eve.”

But what else can we take away from the nomination’s for film’s most prestigious awards? I run down the nods:

With a leading 14 noms, including best director for Damien Chazelle, top actor nods to Ryan Gosling and Emma Stone, and of course best picture, you can bet money “La La Land” will be the big winner come February. It already has swept virtually every other major award, picking up a record seven prizes at the Golden Globes.

I think the folks at Lionsgate can go ahead and slap its promo posters with stickers reading “Winner: Best Picture!!!” (I leave the number of exclamation marks to them.)

One of those blessed films that have won accolades from fans and critics alike, the film has song, it has dance, it has love and most of all, it has a lot of heart. Oscar voters can’t get enough of the stuff.

‘MOONLIGHT’: CAN YOU HANDLE THE TRUTH?

“Moonlight” is a serious downer. It’s an unforgiving, shockingly realistic coming of age story about a young, gay African American man born on the wrong side of the tracks — and of history. Yet, it managed to pick up five nominations, including best director and best adapted screenplay for Barry Jenkins, while Mahershala Ali and Naomie Harris and picked up best acting nods.

“Moonlight” is a triumph of film storytelling with a structure and point of view that’s disarming and fresh, a theme that’s devastating and a surfeit of honest, raw performances.

In addition to “Moonlight,” “La La Land,” “Hidden Figures,” and “Fences,” other best picture nods went to “Hacksaw Ridge,” “Hell or High Water,” “Lion,” “Arrival, and “Manchester by the Sea” (the first for a streaming service; Amazon distributed the Kenneth Lonergan film).

SAY BYE-BYE TO THE #OSCARSSOWHITE HASHTAG

Seven actors of color were recognized this year Denzel Washington for best actor for “Fences” (although he didn’t receive a nod for best director, despite his recognition at the Golden Globes), while his costar Viola Davis and “Hidden Figures’” Octavia Spencer join Harris in the best supporting actress category. (Of five supporting actresses, three are women of color. Other nominees are Nicole Kidman for “Lion” and Michelle Williams for “Manchester by the Sea”). “Lion’s” Dev Patel and joined Ali in best supporting actor.

Far less known on our shore is Ruth Negga, who was nominated for best actress for her performance opposite Joel Edgerton in “Loving.”

Sadly, David Oyelowo — who was used as an #OscarsSoWhite example after he was not nominated for playing Dr. Martin Luther King Jr. Ava Duvernay’s “Selma” last year — was snubbed even though he turned in two powerful performances in Disney’s “Queen of Katwe” and in the indie low budget drama “Five Nights in Maine.”

Remember Mel Gibson? The actor-director has been keeping a low profile after generating a heap of bad press, but is he now being redeemed? His incredibly violent WWII epic “Hacksaw Ridge,” featuring Andrew Garfield as a pacifist war hero, is so good, it’d be harsh to snub it out. It has picked up six nods including best picture, best actor for Garfield and best director for Gibson.

AFFLECK: IT’S SO ABOUT TIME

Casey Affleck’s performance in “Manchester by the Sea” was so raw, so electric, it’ll burn you. Yes, it seems Ben Affleck’s little brother can finally say he’s arrived – 22 years after his first film role opposite Nicole Kidman in “To Die For” and a decade after picking up a best supporting actor Oscar nod for “The Assassination of Jesse James by the Coward Robert Ford.” Affleck has a good chance to pick up the statuette: He already took home the Critics’ Choice Awards and the Golden Globe.

I must say, I’m also pleased to see Viggo Mortensen get a nomination for “Captain Fantastic.” But will either Affleck or Mortensen survive next to “La La Land” powerhouse Gosling?

Voters weren’t too predictable when it came to the best actress category, picking a few serious underdogs – including a pair of non-Americans – and snubbing a boat load of frontrunners. Odds-on favorite Stone and outsider Negga are joined by Meryl Streep for “Florence Foster Jenkins,” Isabelle Huppert for “Elle” (she took home the Golden Globe) and Natalie Portman for “Jackie.” Yep, five-time nominee Amy Adams who was sublime in “Arrival” was shut out.

Streep’s strangely divisive performance in “Florence Foster Jenkins” is not her finest film by far. But the nod does mean she’s now been nominated for an Oscar a ridiculous 20 times, the most for any actor or actress in Academy history.

Huppert, 63, was recognized for the very first time by the Academy for her extraordinary turn in Paul Veerhoven’s “Elle” which has already landed her a Golden Globe award. It’s about time Americans got to know the French star.

THE SNUB AND THE FURY

Adams wasn’t the only favorite to get the boot this year.

Tom Hanks didn’t make the cut for his turn as a heroic pilot in Clint Eastwood’s hit “Sully,” while Eastwood was shut out of the directing category.

That other great American mainstay, director Martin Scorsese also was snubbed for his religious epic “Silence.” Frankly, I’m not shocked the “Goodfellas” helmer did not get voters’ attention. While it is sublime in parts, “Silence” is an acquired taste.

I’m far more disappointed that Pharrell Williams was not recognized for his work for the music in “Hidden Figures.”