12 books to read for understanding, community building, resistance and action 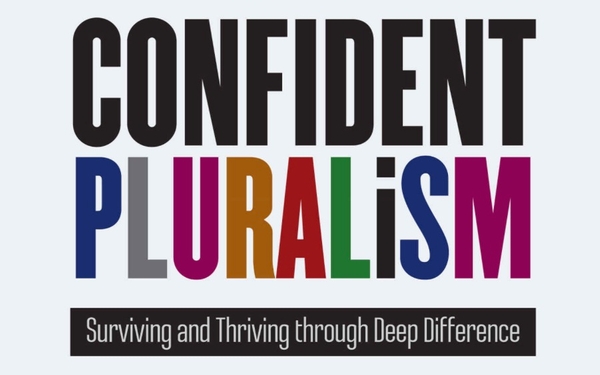 Last week the country inaugurated a new president, a man who ran on a platform of deporting immigrants, registering Muslims, draining the “swamp” of politics and bringing back big-factory jobs to impoverished areas of the country. Some of you are thrilled; some of you are horrified. Some of you watched the inauguration with delight; others marched in protest.

Either way, it is abundantly clear that we have become a deeply divided country. And either way, books are crucial. Thoughtful books help us understand how we got here, who we are and how we might make a difference. Books can bridge the gap.

Here are 12 to read for contemplation, understanding, resistance and action in this brave new world.

“Confident Pluralism,” by John Inazu. This country no longer has one clear majority. John Inazu explores the ways Americans can live together peaceably despite these deeply ingrained differences.

“A Different Mirror: A History of Multicultural America,” by Ronald Takaki. The history of America from the point of view of the non-Anglo people of the United States — American Indians, African-Americans, Asian-Americans, Latinos and others.

“Strangers in Their Own Land: Anger and Mourning on the American Right,” by Arlie Russell Hochschild. A finalist for the National Book Award. Hochschild spent five years in the rural South and writes about what it is like to live in red America.

“Impossible Subjects: Illegal Aliens and the Making of Modern America,” by Mae M. Ngai. This book charts the changes to immigration laws that began in the 1920s and how they shape today’s politics.

“Home of the Brave,” by Allen Say. In this poetic book, a man confronts the trauma of his family’s incarceration in internment camps for Japanese-Americans during World War II.

“The End of White Christian America,” by Robert P. Jones. Jones examines how the disagreements between black and white Americans, the rise of the extreme right and the battles over gay rights can best be understood against the backdrop of white Christians’ anxieties as the U.S. changes.

“All the Real Indians Died Off: And 20 Other Myths About Native Americans,” by Roxanne Dunbar-Ortiz and Dina Gilio-Whitaker. The authors explore 20 misunderstandings — from “Europeans brought civilization to backward Indians” to “Indians are naturally predisposed to alcoholism” — in this book that examines the fears and prejudice surrounding native culture.

“Rules for Revolutionaries: How Big Organizing Can Change Everything,” by Becky Bond and Zack Exley. Written by advisers to the Bernie Sanders campaign, this book lays out how to mobilize a volunteer force and bring about political and social change.

“The History of White People,” by Nell Irvin Painter. Historian Painter explores the concept of race as a human invention whose meaning, importance and reality have changed over time.