Isaiah Rashad, at his core, a storyteller 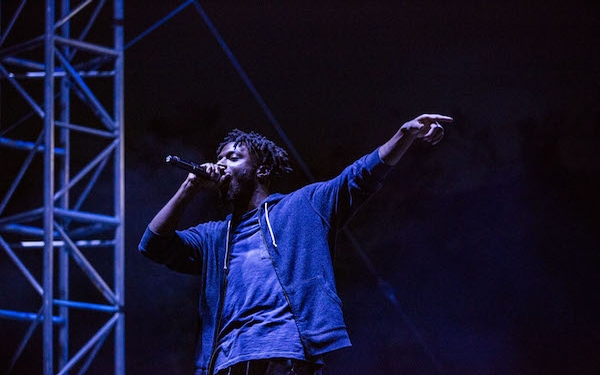 Isaiah Rashad is a rapper by trade. He’s known he was going to be one since he was 8 years old.

“It’s just like a kid who decides they’re going to play football,” he says. “You just do it till you do it.” To that end, Rashad hardly needs reminding how it’s practically a genre trademark for artists to create outsized caricatures of themselves to move product. “I was thinking about that,” the 25-year-old native of Chattanooga, Tenn., says when calling from the road. “I don’t know how to make the extended exaggerated version of myself. It’s easier for me to just be me. Straight up. I’m just a journalist, man.”

Inquisitive and reflective in conversation, Rashad fashions himself a storyteller, one following in the legacy of revered hip-hop narrators like Common and Nas — men who used their pen not for braggadocio but largely as a means of self-reflection. To that end Rashad, signed to Top Dawg Entertainment, the acclaimed Los Angeles boutique label home to the likes of Kendrick Lamar and Schoolboy Q, tackles weighty subjects. On “Rope,” from Rashad’s 2016 debut album “The Sun’s Tirade,” he ponders commitment, self-sufficiency and suicide all in a matter of seconds. “My daddy call me that day/ And he cried into my phone … Bout that love, that kind that he forgot/ Since he left his family all alone … I know my heart ain’t built to bleed.”

“There’s no use having to overcomplicate things,” Rashad says. “Everything in life is a little more overcomplicated than it needs to be. I’m just a vessel.”

There’s an undeniable urgency and aggressive pulse to Rashad’s music. When speaking, however, the MC carries himself with a looseness and even-keeled attitude. “I think I’m pretty blessed with that: having that simple mentality without being simple-minded. I’m trying to keep that outlook and not let too much get to me.”

Namely, Rashad refutes the idea he felt substantial pressure when signing with the exclusive TDE in 2013. Or, for that matter, that he was bothered by comparisons to more famous labelmates.

“When I was in the process of getting signed it dawned on me that I was just gonna be the little Kendrick,” he says referencing the critically adored, commercially massive Lamar. “People need something to relate to. You could make a brand-new movie with a totally original idea and people are going to see it and relate it to something else.

“I felt like it was, more so, other people’s expectations,” he adds. “It was never an expectation I placed on myself. I knew by being the first new member of a group that looked like they were exclusive for a long time it was going to come with some type of expectation. What is he gonna do? But I knew I rapped good. I just had to make songs. That was it.”

He may be inclined to play the cool-customer card, but the dreadlocked Rashad has had his share of struggles. In interviews he’s admitted how in the years following “Cilvia Demo” he frequently lost himself in a haze of Xanax and alcohol. Rashad says he was self-medicating while battling depression, something he’d dealt with a few years earlier when attending Middle Tennessee State University. “It’s just the only road to recovery is being sad anyway for a little bit,” he said in an interview last year.

The rapper was also contending with reports detailing how he was nearly dropped from his label several times for the delay in releasing new music Asked about it today, Rashad says he never felt pressure to release material. “I didn’t really rush it out,” he says of “The Sun’s Tirade,” which came out in September. “I just always wanted to impress myself. That’s what my main thing was: to get out what I felt like I needed to say. I thought I got that done.”

Rashad acknowledges his growth as a musical mind. Where the best songs on “Cilvia Demo,” such as “Heavenly Father” and “Shot You Down,” exist in what he calls a “foggy” sonic haze, the production on many new tracks is airy (“A Lot”), funky (“Free Lunch”) and nimble (“Wat’s Wrong”). “It’s important to me to create an aesthetic. More than just the words. I’m creating an atmosphere. I’ve got to get (listeners) in that specific place when they put those headphones on.”

Most importantly, Rashad also says he no longer feels he needs to prove himself. “Everybody whose listened to me knows I can rap,” he says with a laugh. “I just needed to express myself.”