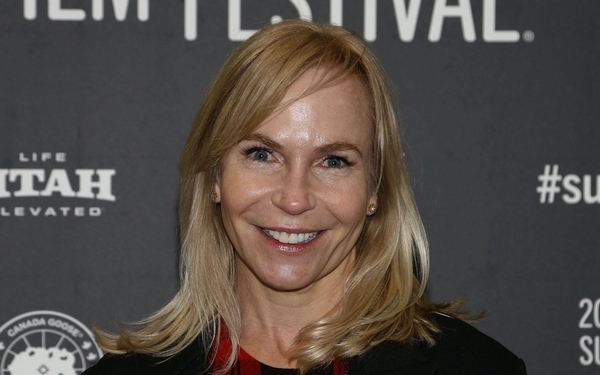 Sundance is known as a festival of discovery, where young unknowns go for their big break. Which made the appearance of “To the Bone” in the festival’s high-profile U.S. Dramatic Competition somewhat unusual. The film is, on the one hand, the feature debut for its director. On the other hand, that director is Marti Noxon, a longtime presence on television as a producer and writer.

But Noxon has always been a master of the unexpected, an expert at delivering emotional depth and bold storytelling who cut her teeth on “Buffy the Vampire Slayer” and then worked on shows such as “Grey’s Anatomy,” “Mad Men,” “Glee,” “UnREAL” and “The Girlfriend’s Guide to Divorce.” Recently she has been remarkably productive; her run of projects includes the upcoming television adaptations of the novels “Dietland” and “Sharp Objects.”

In a recent interview in Los Angeles just before the start of Sundance — and before Netflix acquired “To the Bone” at the festival for a reported $8 million — Noxon compared the difference between making a film and working on a television series as that between a love affair and a marriage. She noted that even with her experience in television and having directed episodes of “Buffy” and “Girlfriend’s Guide,” making her first feature film was still something new.

“I keep saying how interesting it’s been and how fun it’s been to just not know,” Noxon said. “I’ve been doing television for so long and I’ve never made my own movie. So there’s just all this stuff I don’t know. I didn’t know that in the last three weeks I would have to watch the movie over and over and over again. It’s been a lot more labor intensive in the last few weeks than I expected.

“And then I’d find, sure enough, (through) the process of watching it over and over and over again, and showing it to different people and screening it and all that stuff, that I felt a certain resistance too. I go by my gut instinct a lot, but every time we did something that I was a little ‘All right, if you think so,’ sure enough it got better.”

“To the Bone” is a bracing, deeply personal young-adult drama based in part on her own experiences with eating disorders while in her teens and early 20s.

In the film Lily Collins plays Ellen, a promising young artist who has been in and out of treatment for her eating disorders. She ends up in a group home overseen by the unconventional Dr. Beckham (Keanu Reeves), where she struggles to make progress. The supporting cast includes Carrie Preston, Lili Taylor, Brooke Smith, Liana Liberato, Alan Ubach and Alex Sharp.

Noxon has a particularly open attitude toward the crossover, both film and television. She has written screenplays in the past, including the 2011 “Fright Night” remake, and rather than necessarily seeing the books “Sharp Objects” and “Dietland” as one-off films, she saw the open-ended possibilities for making them into series.

But when it came to the story of “To the Bone,” she saw it as a movie because “first of all, it’s semi-autobiographical, it didn’t feel like a series to me, it didn’t feel like a world that people would want to live in,” Noxon said. “That’s not what I wanted to do, I wanted to do a really personal story, to which I know the end, to this moment. Right now I know what the ending is. She lives.”

Karina Miller, a producer on “To the Bone,” noted how on set Noxon seemed to capture both the enthusiasm and curiosity of a first-timer and the decisiveness of a screen veteran.

“Marti is able to attain the goal of any great director in that she is a storyteller,” said Miller. “But she didn’t come to the process with any hubris, so any moment where she hadn’t done something before or hadn’t experienced something before she was always asking the right questions.

“I’m not sure what Marti was thinking at the time, but at first everyone on set was like ‘How is this going to go?’ And within the first few takes people had fallen into a rhythm that stayed constant the whole time.”

Many of the most startling moments in “To the Bone” come from Noxon’s own struggles — such as when she weighed little more than 75 pounds and worked at a McDonald’s — but at the same time she eventually came to give herself dramatic license.

“Because it was so close to me, I didn’t give myself permission to make stuff up,” she said of the beginning of her process. “I would say to myself, ‘But that didn’t happen’ and I finally was like, ‘Oh right, duh, fiction.’”

In researching the script, Noxon was surprised to discover that there have been no significant feature films that grappled head-on with the issues of eating disorders, simply a spate of made-for-TV movies.

“I did think there is something to being early on the scene, to break a discussion point, that paves the way for other people to go in there and have that discussion,” she said. “So I don’t think we need to be the definitive eating disorder movie.

“I really wanted to use the movie as a vehicle to show people, this is a disease,” Noxon said. “It can affect people you love and there’s an element where the choice disappears and they are as trapped in their mental illness as anybody else. It’s not wanting to be prettier or better, they are trapped. They are desperate for understanding. So if I can turn that lens on that one thing, maybe we can start talking about looking closer at everybody.”

Lead actress Lily Collins has also acknowledged that she herself suffered from eating disorders when she was younger, and devotes space to it in her upcoming memoir “Unfiltered.”

“When I met Marti for the first time I thought I had met my soul sister. I really felt so attached to the material,” Collins said in the Q&A after the film’s world premiere screening at Sundance. “So I inserted a lot of my own experience and emotional turmoil into that … it was a really therapeutic process for me.”

In making “To the Bone,” Noxon found a new freedom and confidence as a storyteller, in part embracing an ambiguity and lack of definitive answers she likely wouldn’t be allowed on a network TV show.

“I realized all the writing I love lives in the gray area,” Noxon said. “And it’s a part of getting older, you realize that binary thinking of ‘this happened because of that’ is too simplistic. It doesn’t really answer the question. Also, that’s a network note, ‘Why?’

“And not giving a simple logline answer is closer to the truth,” she said. “So I’m going to resist that urge to spoon feed. That’s not real. The greatest thing about making a movie, making this kind of movie, was I got to be as real as I could be.”