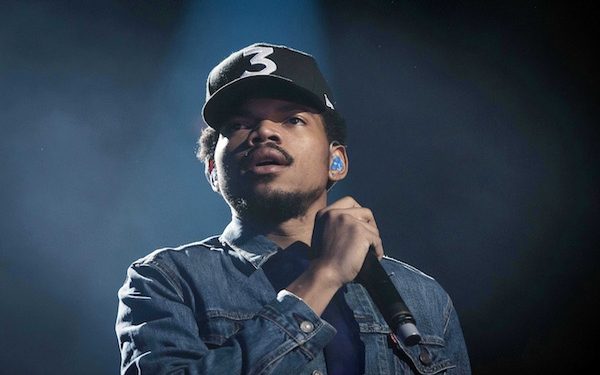 This winter, hip-hop frontiersman Chance the Rapper made music history when he earned seven Grammy nominations for a release that is not available for purchase.

The Chicago artist issued his “Coloring Book” as a stream. That’s it. You couldn’t buy it if you wanted to.

His feat was the most recent indication of yet another seismic shift in online music retail. From instant downloads to all-you-can-stream plans, the state of digital music consumption has been in flux. Whether it receives trophies or not on Feb. 12, “Coloring Book,” with its nominations, portends a new norm.

Streaming music on audio and video platforms now represents 38 percent of total audio consumption, according to Nielsen Music. That’s a jump from 23 percent in 2014.

Eventually the big players — Spotify, Apple and Tidal — would like to do for music what the likes of Netlfix, Hulu and Amazon Prime did for TV, only there’s a catch: They offer virtually identical catalogs. “Coloring Book,” for instance, is on Apple Music, Tidal, Google Music, Spotify, iHeartRadio and Deezer.

Constant rumors of consolidation are coming to pass. Recently, phone carrier Sprint announced the purchase of a 33 percent stake in the Jay Z-owned Tidal, and Web radio innovator Pandora has unveiled its much-delayed intention to enter the market with an on-demand plan of its own.

Each service in the increasingly crowded field is working frantically to overcome the perception that the main distinction among the uniformly priced $9.99-a-month offerings is little more than font style, quirky playlist title and color scheme.

In contrast to the vast programming differences among Hulu, Netflix, HBO Go and other video streaming services, music platforms have long fought against the perception that they’re selling a nearly interchangeable product, said Mark Mulligan of Midia Research. “You’re getting sold the same car. It’s just got a different lick of paint on it.”

In turn, some are banking on exclusive releases. Subscribe to Spotify? Forget, then, about hearing the latest Frank Ocean “video album.” Others are betting fans want innovative content that merges playlist, podcast and radio station.

In 2017, personalization engines claim to deliver sounds with the adeptness of an expert record store clerk. Playlists don’t just recommend music, they attempt to “tell stories,” in the words of Apple’s Zane Lowe, who oversees the company’s Beats 1 radio initiative.

It’s perhaps one reason why, in announcing the return of hip-hop duo Run the Jewels’ “WRTJ” radio show, Beats 1 is tagging it a “season premiere.”

Yet as services attempt to diversify, there’s also the risk of alienating fans. Online exclusives, for instance, can lock an artist into a particular outlet — and lock nonsubscribing fans out of hearing new music. (If only until their friend AirDrops them a copy.)

Apple Music stormed into the market in 2014 with a seemingly bottomless budget, not to mention famous executives, and has shown itself willing to invest in exclusives, most notably in its relationships with Taylor Swift, Ocean, U2 and Travis Scott.

For its part, Amazon jumped in with its own marketing coup: exclusive access to country superstar Garth Brooks’ music.

Such deals have proved controversial. According to a 2016 report in Bloomberg News, Apple-only artists have been threatened with being excluded from key Spotify playlists.

“We think exclusives are bad for artists and bad for fans,” said Jonathan Prince, Spotify’s head of communications and public policy, in a statement. “Artists want as many fans as possible to hear their music, and fans want to be able to hear whatever they’re excited about or interested in — exclusives get in the way of that for everyone.”

But even with all-access, can a playlist generator peek into your psyche?

It’s possible, said David Bakula, music analyst for Nielsen Music. “People get paralyzed by the amount of choice out there.”

Spotify’s “Discover Weekly” playlist recommendations are as impeccable as an indie shop’s most well-rounded snob.

“We’re past the discussion that we’re a bunch of robots that just don’t have a heart,” said Doug Ford, Spotify’s director of editorial and music programming. He describes its approach as “man loves machine,” adding that the machine team “is made up of the biggest music fans in the company. We’re all humans.”

The competition has taken note.

The leaders in the always-on, on-demand music era are also taking cues from podcasts.

Last year, Apple Music premiered what its vice president of content and media apps, Robert Kondrk, described as “Apple Music 2.0,” a massive makeover of its 15-month-old service that simplified and refined its key offerings like Beats 1 and curated playlists.

Apple’s Lowe, DJ and creative director of Beats 1, described the objective as musical storytelling. “We help tell the story to keep the conversation moving,” Lowe said, “and give artists and audience something that’s more layered and deeper than just the idea that music is functional.”

The addictive “Music’s Cool With Chilly Gonzales,” for example, features the witty Canadian pianist and Drake collaborator breaking down the musicality of artists including Beach House, Drake and Lana Del Rey.

The avant-rock singer and guitarist Annie Clark, who performs as St. Vincent, has turned her show over to publisher-writer-actress Tavi Gevinson for a lovely set of music and conversation. The taste-making live-mix series “The Boiler Room” offers innovative beat mixes.

The platform has integrated lyrics into its software, said Kondrk, and other liner-notes innovations are on the horizon.

With Garth Brooks-sized investments, Amazon’s operation is less concerned with liner-note style minutiae. Instead, it’s betting on home electronics by tying its Music Unlimited platform to the success of its Echo line of voice-activated home entertainment devices.

For its part, in the fall Pandora hired “The Tonight Show With Jimmy Fallon” musical director and Roots drummer Questlove to launch “Questlove Supreme,” a music and interview show. A recent episode featured an extended interview with the R&B singer Solange Knowles illuminated the depths of her creative process.

“In order for us to continue to engage with the audience, we have to constantly adapt to what’s going on around us,” said Zuchowski. “It’s not all about what the Top 40 songs that are playing across the United States — but it’s digging in.”

The path to success, then, is still being defined. Thus, even if some long-rumored industry consolidation occurs, most music fans won’t shed tears because they haven’t developed emotional relationships with the product, theorizes streaming analyst Mulligan.

“The reason why most people stay with specific platforms is more inertia than loyalty,” he said, noting that exclusive releases such as those offered by Tidal and Apple Music haven’t produced “anything meaningful” in terms of subscriber upticks.

“It’s more a case of the velvet handcuffs,” he said, “of people having built up playlists that they’re clearly not going to be able to take with them.”

To describe the competition as such, he said, “is like saying I can go to the market and buy organic tomatoes — then all of a sudden I have the best Italian restaurant in Los Angeles.”