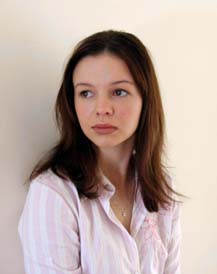 Perhaps Orwellian in scope, I believe there should exist a Ministry of Arts that could mandate certain people see certain films, art exhibitions and books. It would solve the problem of a film like An Inconvenient Truth . The population who need to see this film won't – which is a damn shame because, as Al Gore says, “Global warming is not a political issue, it's a moral issue.”

Set against the backdrop of Gore's traveling lecture on the effects of this “planetary emergency,” the film explains – yet never comes off didactic – the slippery incline we're on and the dire consequences that will result if we continue our sinful ways. Mixing stage performances with exclusive behind-the-scenes shots of Gore, think of the film as The King of Tragedy. Or The Qatsi Trilogy with words.

Preponderantly apolitical, Gore does at times make jabs against the current administration, but only with asides like, “We should be concerned of threats beyond terrorism.” Or, introducing himself to the lecture audience, “My name is Al Gore, and I used to be the ‘Next President of the United States.'” Still, the before-and-present pictures of a once snowcapped Himalayan range or parched Mount Kilimanjaro simply cannot be argued away with partisan rhetoric.

It's difficult not to enjoy anything that contains a global warming mental health film lifted from “Futurama” (Gore's daughter wrote for the show). However, if one were to make a drinking game wherein one took a shot every time Gore looked pensively out a window, they'd be dead of alcohol poisoning halfway through the film's svelte 100 minutes.

Needlessly cutting away to vignettes of Gore's personal life – how his son's near-death connects to global warming I have no idea – Truth , instead, should have spent the time on possible solutions to this global catastrophe. Most of the movie plays as an environmental snuff film with only subtitles over the end credits offering solutions (e.g., “get your friends to see this film”).

Even if Gore's pensive glances out the window seem contrived, the threat posed by CO2 is very real. Every government employee of every branch needs to see this film – then get to work on establishing that Ministry of Arts.